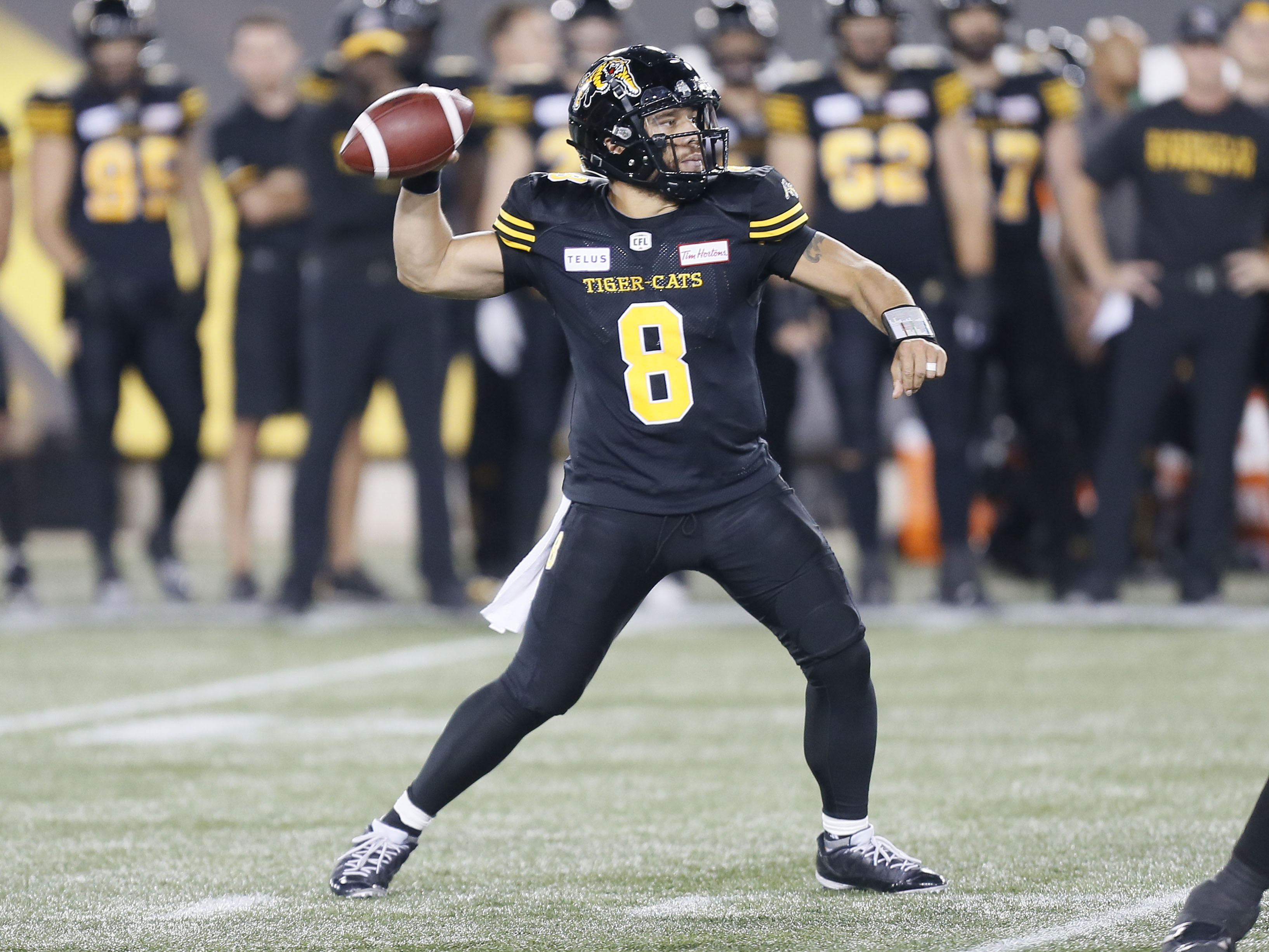 Mosaic Stadium is the site where and the Saskatchewan Roughriders (1-0) will play the Hamilton Tiger-Cats (0-1) on Saturday. Hamilton opens this matchup as 2.5-point underdogs. The over/under is set at 45.5. The starting quarterbacks are Jeremiah Masoli and Cody Fajardo.

The last time they took the field the Tiger-Cats went up against the Blue Bombers and were beaten 19-6. Jeremiah Masoli went 24/41 with 242 yards through the air and threw 1 TD. He walked away with 2 picks during the game. Sean Thomas-Erlington paced the team in rushing for the game. His longest run of the day went for 9 yards but he never crossed the endzone by way of the rush. He racked up a total of 29 yards on 9 carries which meant he averaged 3.2 yards per run. Jaelon Acklin was the leader in receiving yardage by racking up 98 yards on 7 catches. He had an average of 14.0 yards per reception for the game.

The Tiger-Cats had 1,809 total yards over the course of last season. As a team they averaged 100.5 yds via the ground game, ranking them 4th in the league. Hamilton compiled 30 touchdowns through the air and 20 rushing touchdowns. Regarding scoring, the Hamilton Tiger-Cats were sitting at 30.6 PPG.

The Tiger-Cats ranked 1st in the league regarding team defense, conceding 19.1 points per game. The opposition ran for an average of 5.2 yards per tote and 94.7 rushing yards per game last season. During the season, they conceded 1,705 rushing yards through 18 games. When it comes to passing yards, the Tiger-Cats conceded 4,555 yards which had them ranked 5th in the CFL. They conceded 17 touchdowns via the pass and 14 running touchdowns. They allowed 347.8 yards per outing which had them sitting 6th in the CFL.

The last time they took the field the Roughriders played the Lions and won 33-29. William Powell led the team on the ground for the game. He had a long run of 10 yards and he ran for 1 touchdown in the game. He scurried for 43 yards on 12 carries which gave him an average of 4.0 yards per carry. Shaquelle Evans was the receiving yardage leader with a total of 69 yards on 7 receptions. He had an average of 9.9 yards per reception for the game. Cody Fajardo went 28/35 with 230 yards passing and completed 2 touchdowns. He threw 1 interception in the game.

They maintained an average of 112.8 rushing yards per game and toted the ball for 2,030 yards for last year. Throughout last season, the Roughriders racked up 4,552 yards through the air not to mention averaging 252.9 passing yards per game, ranking them 5th in the CFL. The Saskatchewan Roughriders averaged 365.7 yards per contest ranking them 5th in the league. In relation to their ability to score points, the Roughriders ranked 3rd in the league maintaining an average of 27.1 points per game.

The Roughriders surrendered 21.4 PPG, which had them ranked 2nd in the league. Over the course of the season, they surrendered 386 points in total. Saskatchewan allowed the opposition a total of 1,667 yards on the ground (92.6 yards per game) as well as 9 touchdowns on the ground last year. They allowed 21 touchdowns via the pass as well as 206.4 yards per game, which put them in 2nd in the league.