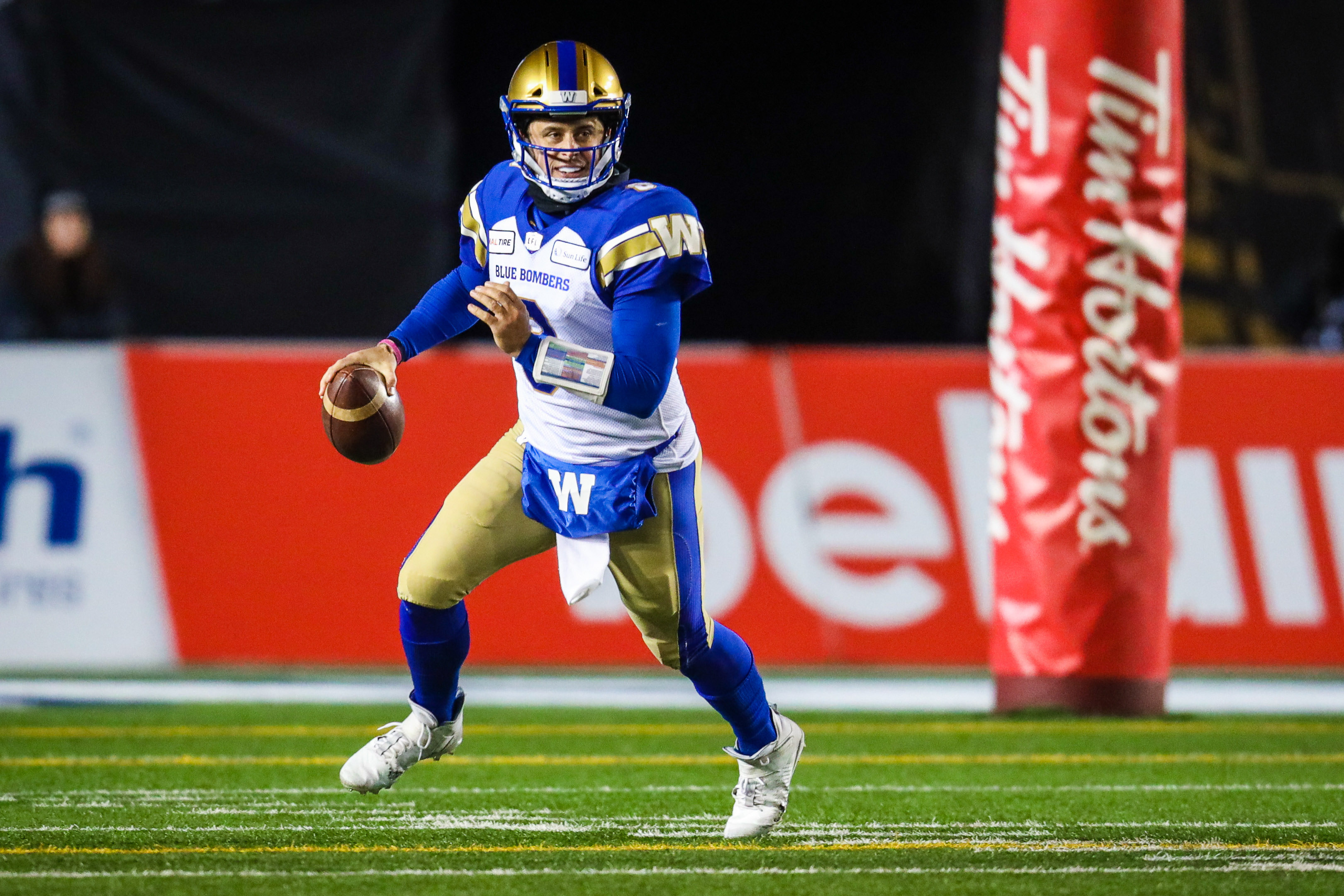 The Hamilton Tiger-Cats (15-3 in 2019) head to IG Field on Thursday where they'll take on the Winnipeg Blue Bombers (11-7 in 2019). Hamilton opens this game as 2-point underdogs. The over/under opens at 52. The men taking the field are Jeremiah Masoli and Zach Collaros.

The last time they took the field the Tiger-Cats took on the Blue Bombers and lost 33-12. Dane Evans went 16/27 with 203 yards through the air and threw 1 TD. He threw 2 picks during the game. Tyrell Sutton paced the team in rushing for the game. His longest run of the day went for 22 yards but wasn't able to convert a rushing touchdown. He rushed for a total of 86 yards by way of 11 carries which meant he averaged 7.8 yards per tote. Brandon Banks was the receiving yardage leader by racking up 72 yards on 6 receptions. He had an average of 12.0 yards per reception for the game.

In terms of putting the ball in the endzone, the Hamilton Tiger-Cats held an average of 30.6 points per outing. As a team they had an average of 100.5 yards rushing, which was 4th in the CFL. The Tiger-Cats earned 1,809 total yards last season. Hamilton amassed 30 touchdowns through the air and 20 touchdowns on the ground.

The Tiger-Cats were sitting in 1st in the CFL when it comes to team defense, allowing 19.1 points per contest. Opposing teams ran for an average of 5.2 yards per rush on the ground and 94.7 yards on the ground per game for the previous season. Overall, they gave up 1,705 running yards through 18 games. When it comes to yards via the pass, the Tiger-Cats gave up 4,555 yards which had them sitting in 5th in the CFL. They conceded 17 throwing touchdowns and 14 rushing touchdowns. They allowed 347.8 yards/outing which put them 6th in the CFL.

In their last game the Blue Bombers played the Tiger-Cats and ended up getting the victory by a score of 33-12. Andrew Harris paced the team on the ground for that contest. He tore off a long run of 26 yards and he notched 1 TD for the game. He scurried for 134 yards via 18 carries which gave him an average of 7.4 yards per run. Andrew Harris led the team in receiving yardage with a tally of 35 yards on 5 receptions. He earned an average of 7.0 yards per catch for that contest. Zach Collaros went 17/23 with 170 yards through the air but wasn't able to throw a ball for a TD. He finished the game without throwing an interception.

The Blue Bombers conceded 22.7 points per game, ranking them 5th in the league. Over the course of the season, they relinquished 409 total points. Winnipeg conceded a total of 1,156 yards on the ground (64.2 yards per outing) as well as 9 touchdowns on the ground last year. They gave up 27 touchdowns through the air as well as 282.1 yards/outing, which put them in 6th in the league.

DAILY FREE VIDEO PICKS END_OF_DOCUMENT_TOKEN_TO_BE_REPLACED
How to Tease the NFL