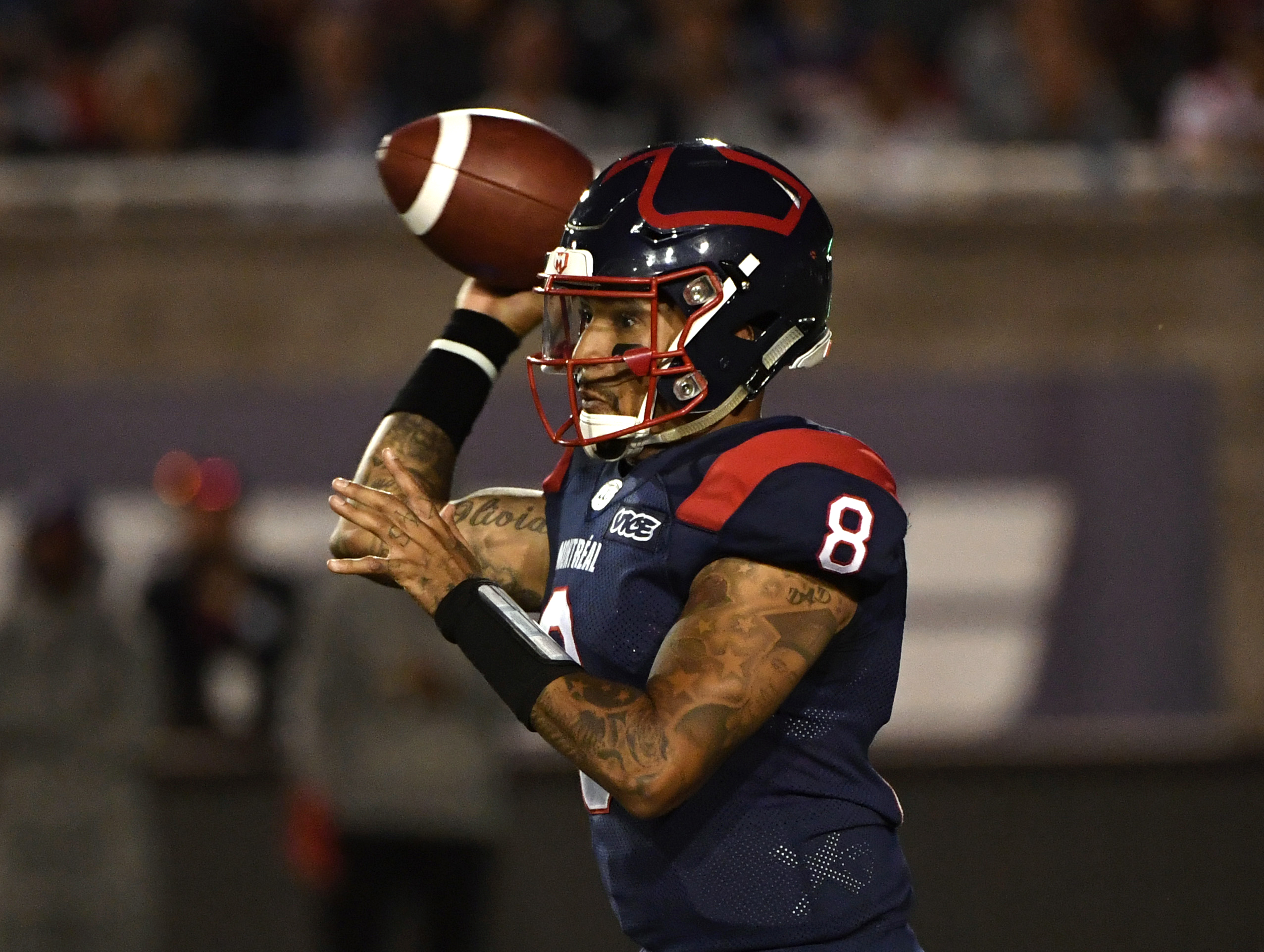 The Montreal Alouettes (0-0) go to The Brick Field at Commonwealth Stadium on Saturday where they'll take on the Edmonton Elks (0-1). The line on this matchup has Edmonton as 1.5-point favorites. The over/under opens at 50.5. The QB's taking the field are Vernon Adams Jr. and Trevor Harris.

The last time they took the field the Alouettes took on the Elks and were beaten 37-29. Vernon Adams went 14/27 with 226 yards passing but wasn't able to get any balls in the endzone via the pass. He gave away 3 picks in the game. Vernon Adams paced the team on the ground for the game. He had a long run of 13 yards and he tallied 1 touchdown in the game. He rushed for 57 yards by way of 6 carries which gave him an average of 9.5 yards per run. Dante Absher was the leader in receiving yardage with a total of 60 yards on 5 catches. He earned an average of 12.0 yards per catch for the game.

The Alouettes were ranked 7th in the league in terms of their opponents scoring, giving up 26.9 points per game. They allowed teams to run for an average of 5.4 yards per running attempt and 104.8 rushing yards per game last year. Over the course of last year, they allowed 1,886 rushing yards through 18 outings. When it comes to yards through the air, the Alouettes gave up 5,503 yards which had them sitting in 9th in the CFL. They relinquished 25 passing touchdowns in addition to 20 touchdowns via the ground game. They relinquished 410.5 yards per game which had them ranked 7th in the league.

In their last game the Elks faced the Redblacks and ended up taking the loss by a score of 16-12. James Wilder Jr. led the team on the ground in the game. He tore off a long run of 14 yards but he wasn't able to rush for a TD on the day. He scurried for 89 yards via 15 carries which meant he averaged 6.0 yards per tote. James Wilder Jr. was the receiving yardage leader with a tally of 72 yards on 9 catches. He averaged 8.0 yards per catch in the game. Trevor Harris went 33/44 with 333 yards passing but wasn't able to throw a ball for a TD. He gave away 3 interceptions in the game.