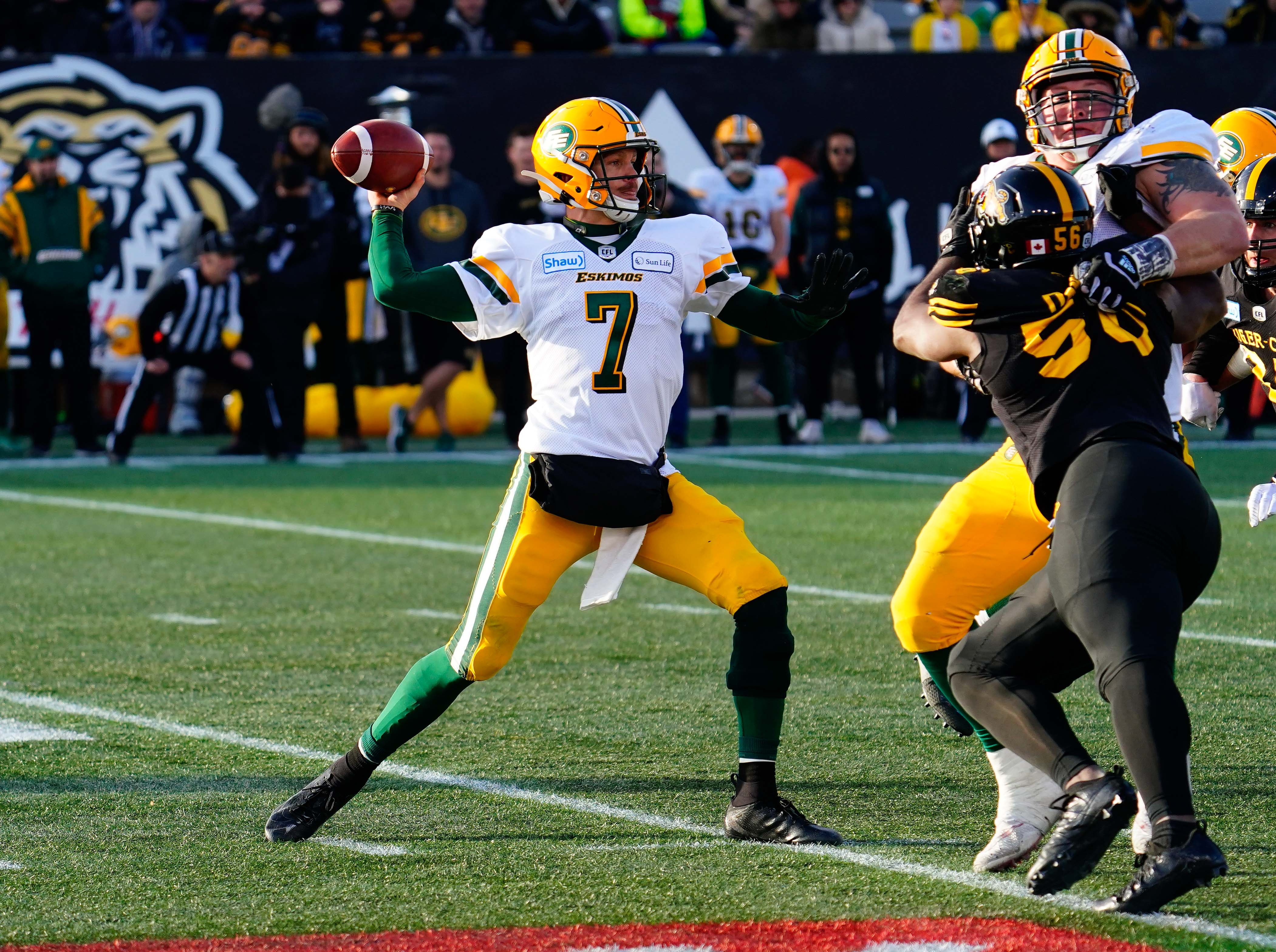 The Ottawa Redblacks (3-15 in 2019) are headed to The Brick Field at Commonwealth Stadium on Saturday where they'll take on the Edmonton Elks (8-10 in 2019). Edmonton opens this matchup as 7-point favorites. The total opens at 55. The QB's who are expected to start are Matt Nichols and Trevor Harris.

In their last game the Redblacks played the Alouettes and took the defeat by a score of 42-32. William Arndt went 17/25 with 161 yards through the air but wasn't able to throw a ball for a TD. He gave away 1 pick on the day. John Crockett paced the team on the ground for the game. His longest run of the day went for 18 yards but he wasn't able to rush for a TD on the day. He rushed for a total of 51 yards via 10 carries which gave him an average of 5.0 yards per run. Brad Sinopoli led the team in receiving yardage by racking up 100 yards on 8 catches. He averaged 12.5 yards per reception for the game.

The Redblacks earned 1,348 total yards last season. As a team they held an average of 74.9 yards in the run game, ranking this team 7th in the CFL. Ottawa amassed 11 touchdowns via the pass and 9 touchdowns via the ground. In terms of putting the ball in the endzone, the Ottawa Redblacks were sitting at 17.3 points per game.

When talking about passing yardage, the Redblacks gave up 5,485 yards which ranked them 8th in the CFL. Opposing teams ran for an average of 5.2 yards per tote and 116.9 rushing yards per contest for the previous season. They gave up 31 touchdowns through the air as well as 27 touchdowns on the ground. During the season, they gave up 2,105 running yards through 18 games. They yielded 421.7 yards per contest putting them 9th in the CFL. The Redblacks were ranked 9th in the league in relation to team defense, allowing 31.3 points per game.

In their last game the Elks faced the Tiger-Cats and took the defeat by a score of 36-16. C.J. Gable led the team in rushing during the game. His longest run of the day went for 13 yards but he never crossed the endzone by way of the rush. He scurried for 55 yards by way of 15 carries which means he ran for an average of 4.0 yards per run. DaVaris Daniels led the team in receiving yardage by earning 109 yards on 7 catches. He earned an average of 15.6 yards per catch during the game. Trevor Harris went 29/41 with 319 yards through the air and added 1 TD. He tossed 2 interceptions on the day.

Edmonton yielded a total of 1,786 yards rushing (99.2 yards/game) and 9 touchdowns via the rush last season. Last season, they conceded 400 points in total. They gave up 22 touchdowns through the air as well as 202.2 yards per game, which had them ranked 1st in the CFL. The Elks allowed 22.2 PPG, which had them in 3rd in the CFL.