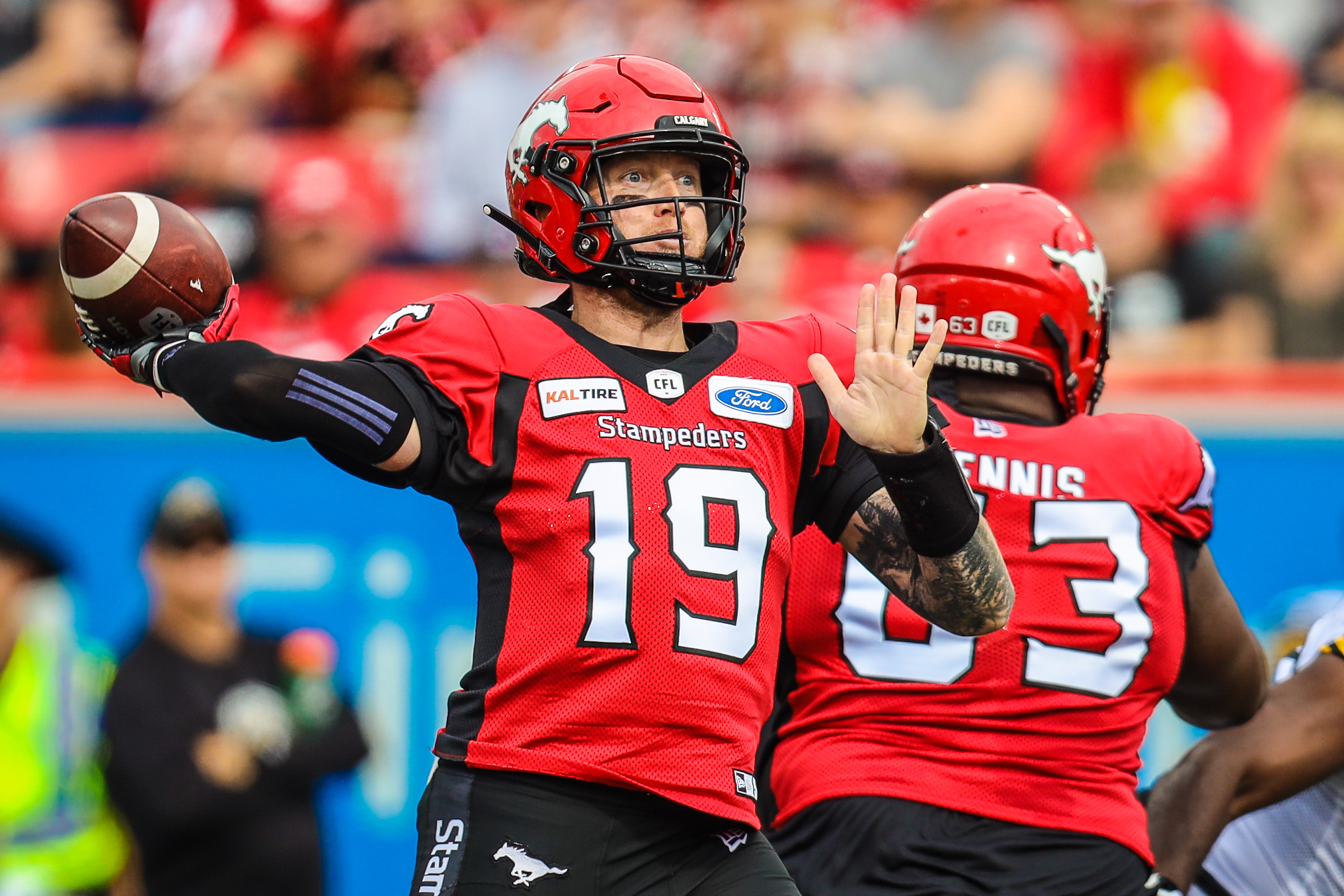 The Toronto Argonauts (4-14 in 2019) are headed to McMahon Stadium on Saturday where they'll take on the Calgary Stampeders (12-6 in 2019). Toronto opens this contest as 6-point underdogs. The O/U is set at 52. The QB's taking the field are Nick Arbuckle and Bo Levi Mitchell.

In their last outing the Argonauts took on the Tiger-Cats and lost 21-18. Michael O'Connor went 10/16 with 112 yards through the air but wasn't able to throw a ball for a TD. He ended the game with no interceptions. A.J. Ouellette led the team on the ground for that contest. He broke a long run for 9 yards but he wasn't able to rush for a TD on the day. He rushed for a total of 25 yards via 8 carries which gave him an average of 3.1 yards per tote. Armanti Edwards was the leader in receiving yardage by racking up 62 yards on 4 receptions. He notched an average of 15.5 yards per reception for that contest.

When talking about putting the ball in the endzone, the Toronto Argonauts were sitting at 20.7 points per contest. As a unit they maintained an average of 73.6 yards in the run game, ranking this team 8th in the league. The Argonauts earned 1,324 total yards last season. Toronto compiled 33 touchdowns through the air and 5 rushing touchdowns.

The Argonauts were sitting in 8th in the CFL concerning the opposition scoring, allowing 31.2 points per contest. They allowed an average of 5.4 yards per rushing attempt and 118.6 rushing yards per game for the previous year. During the campaign, they conceded 2,135 yards via the running game in 18 games. When talking about passing yards, the Argonauts allowed 5,329 yards which had them sitting in 7th in the league. They gave up 36 passing touchdowns in addition to 22 running touchdowns. They gave up 414.7 yards/game putting them at 8th in the league.

In their last outing the Stampeders faced the Blue Bombers and took the defeat by a score of 35-14. Don Jackson paced the team on the ground for the game. He had a long run of 35 yards but he wasn't able to rush for a TD on the day. He rushed for 63 yards by way of 8 carries which meant he averaged 8.0 yards per tote. Josh Huff was the receiving yardage leader by racking up 66 yards on 6 catches. He had an average of 11.0 yards per catch for the game. Bo Levi Mitchell went 12/28 with 116 yards passing and completed 1 TD. He threw 3 interceptions in the game.