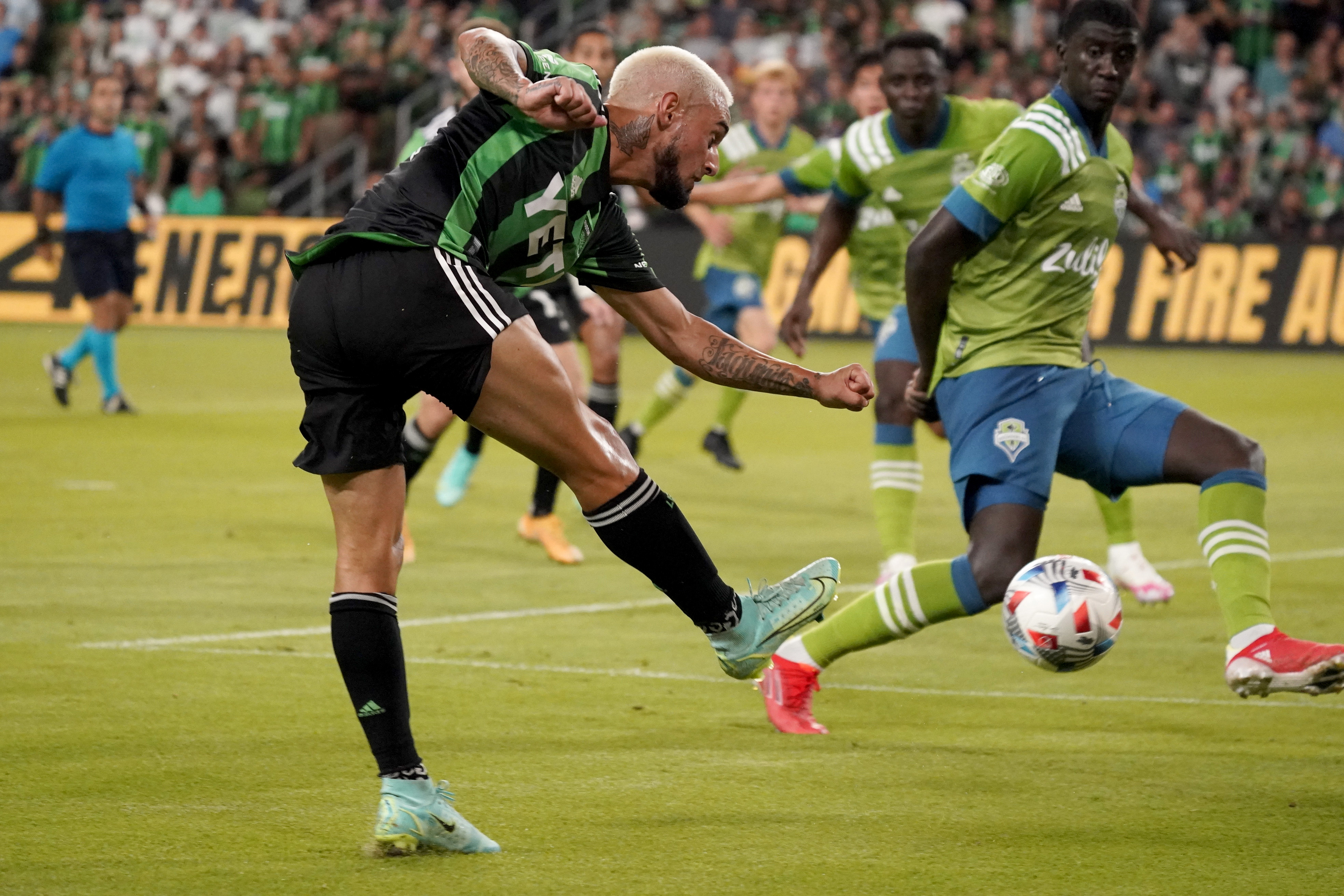 Austin stepped onto the pitch against Colorado in their most recent match and walked away from this one with a loss by a score of 1-0. When talking about passing the ball, they ended up with a 85.5% passes received percentage by completing 441 of the 516 pass targets in their last match. Austin FC tried 18 dribbles in this outing and converted 13 of those tries for a rate of 72.2%.

In regard to shooting accuracy, Austin finished the game at a 18.2% rate by putting 2 shots on target out of 11 shots. Austin has an average of 0.67 goals per 90 min (10 total goals) and have tallied 9 assists in all matches for the season.

Cecilio Dominguez is a guy who should be able to impact this match for Austin FC. He has 11 assists while tallying 14 yellow card warnings so far in his career. Dominguez has been given a starting assignment in 101 matches during his career while scoring 0.39 goals per 90 mins. The forward hailing from Paraguay has earned 39 goals scored in 9,072 minutes played.

One more guy who could decide who wins is Diego Fagundez, the forward born in Uruguay. Fagundez has accumulated 17,924 mins in 199 career starting assignments and has been handed 30 yellow card warnings. He has helped a teammate on a goal 37 times in his career while he has scored 56 goals. He averages 0.28 goals per 90 minutes so far in his career.

The man who will defend the goal for Austin FC will be Brad Stuver. Stuver (11-8-16 mark during his career) has accounted for 7 clean sheets, which gives him a 20.0% clean sheet percentage. The goalkeeper hailing from the United States has had 169 shots sent his way in 35 starts. His goals allowed per 90 minutes is 1.34 (47 total goals conceded) and he is the owner of a save percentage of 72.2. Stuver has seen the field for a total of 3,150 mins and has earned 121 stops during his soccer career.

The last time they took the field, Houston were able to avoid a loss with a score of 0-0 against Salt Lake. The Dynamo ended the game with a 57.9% successful dribble percentage by connecting on 11 out of the 19 dribbles they attempted. They wrapped up this contest by connecting on 343 out of their 401 passing attempts for a rate of 85.5%. Houston had 4 shots on target out of the team's 15 shots tried which had them at a 26.7% rate in their last match. Having tallied 16 goals and 13 assists for all their games, Houston is averaging 1.00 goal and 0.81 assists per 90 minutes.

Memo Rodriguez will be counted on for Houston Dynamo. He is averaging 0.32 goals per 90 mins and has had a starting assignment in 89 games during his soccer career. The midfielder representing the United States has totaled 7,927 mins while scoring 28 goals. He has totaled 14 yellow cards so far in his pro soccer career and has assisted a teammate on a goal 14 times. Be sure to keep an eye out for Maximiliano Urruti, the forward hailing from Argentina. He has accounted for 59 goals so far in his career while helping a teammate on a goal 25 times. Urruti has been handed 22 yellow cards in 15,119 mins (169 starts). His G/90 average so far in his career is 0.35.