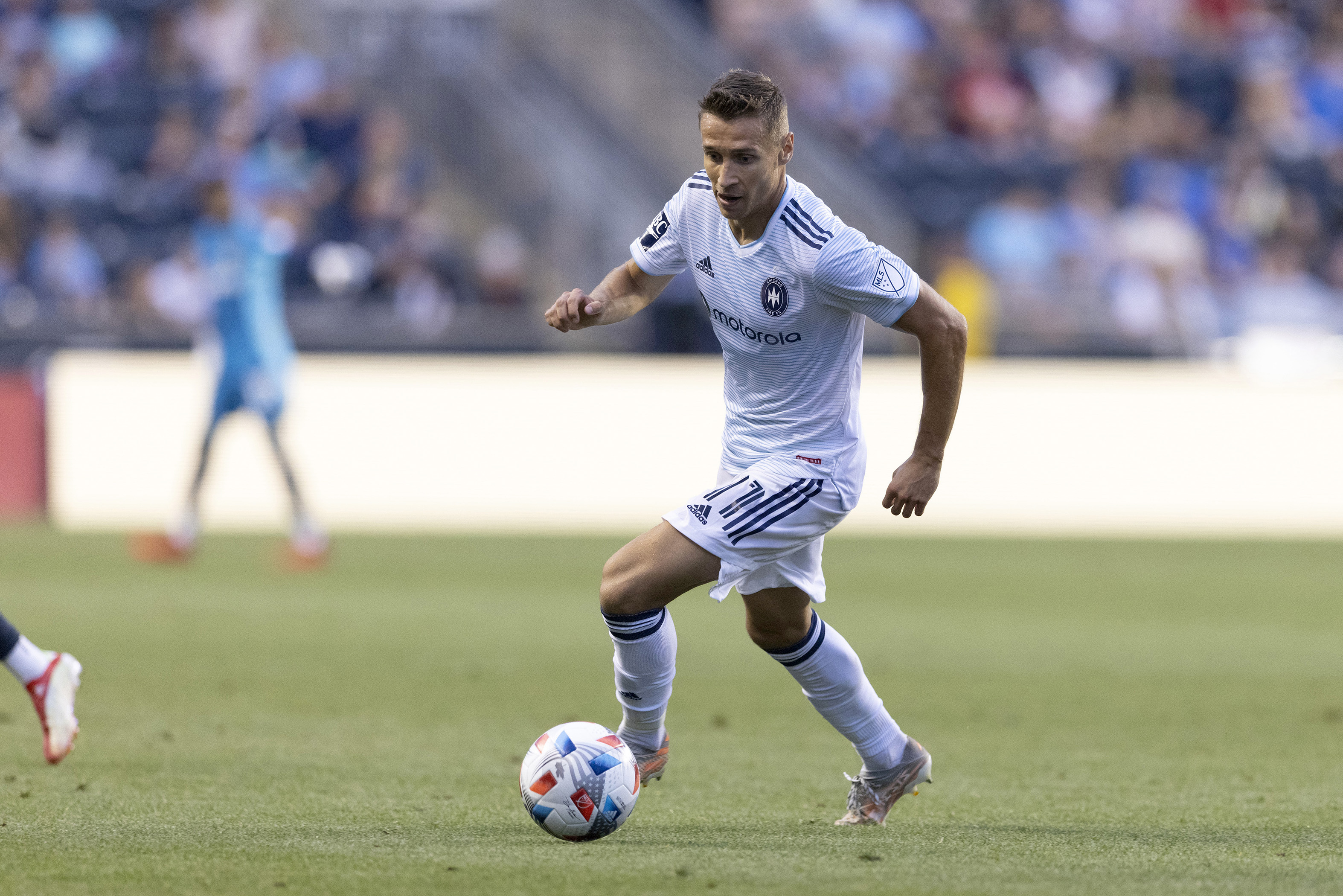 Soldier Field is the site where Valentin Castellanos and New York City FC (8-2-5, 4th in Eastern Conference) will take on the Chicago Fire (3-4-9, 13th in Eastern Conference) on Wednesday. The expected starting goaltenders will be Bobby Shuttleworth for the Chicago Fire and Luis Barraza for New York City FC. The Fire are priced at +205 while NYCFC is at -127. The O/U opens at 3.

Chicago took the field against Philadelphia in their last matchup and earned a one point draw by a score of 1-1. The Fire tried 21 dribbles in this contest and converted 15 of the dribbles for a rate of 71.4%. In the passing game, they earned a 83.8% passes received rate by connecting on 330 of the 394 passing attempts in their last outing.

Regarding shot accuracy, Chicago finished the game at a 50.0% rate by putting 2 shots on target of 4 total shots. Chicago averages 1.00 goal per 90 (16 goals in total) and have racked up 15 assists in all matches for the season.

Robert Beric is a guy who should impact this matchup for the Chicago Fire. Beric has been given a starting assignment in 156 contests so far in his career and he tallies 0.52 goals per 90 minutes. The forward born in Slovenia has earned 80 goals scored in 13,748 mins played. He has 16 assists while earning 19 yellow card warnings in his career.

Another player who should impact this match is Przemyslaw Frankowski, the midfielder representing Poland. He has assisted on a goal 23 times so far in his career while scoring 36 goals. Frankowski has totaled 16,719 mins in 189 career starting assignments and has earned himself 22 yellow cards. He has an average of 0.19 goals per 90 minutes so far in his pro soccer career.

The guy defending the goal for Chicago Fire is Bobby Shuttleworth. Shuttleworth has played for 20,450 minutes and is sitting with 710 stops so far in his pro soccer career. His GA/90 is 1.59 (362 total goals allowed) and he has earned a save percentage of 67.5. The goalkeeper hailing from the United States has seen 1,064 shots attempted against him in 226 career starts. Shuttleworth (77-50-101 mark in his career) has recorded 50 clean sheets, which has earned him a 22.1% shutout percentage.

For their last game, New York City earned three points by winning 4-1 against Columbus. They finished the match by completing 330 out of their 386 passes they attempted for a rate of 85.5%. NYCFC had a 58.3% successful dribble rate by converting 7 of the 12 dribbles they pursued. New York City converted 9 shots on target out of 24 shots tried giving them a 37.5% clip in their last outing. With a total of 29 goals and 20 assists in all competitions, New York City sports an average of 1.93 goals and 1.33 assists per 90 minutes.

Valentin Castellanos should provide a spark for New York City FC. He is averaging 0.37 goals per 90 mins and has been a starter in 72 outings in his career. The forward born in Argentina has totaled 6,487 mins while scoring 27 goals. He has accumulated 28 yellow card cautions during his career and has assisted on a goal 12 times. Make sure to keep an eye out for Jesus Medina, the forward representing Paraguay. He has collected 38 goals in his career while assisting on a goal 8 times. Medina has earned himself a total of 15 yellow cards in 10,452 professional minutes played (121 starting assignments). His goals per 90 minute average in his career is 0.33.

Luis Barraza will be residing in front of the net for New York City FC. During his pro soccer career, Barraza has given up 9 goals while earning 12 saves in 7 starts. He has given up 1.29 goals per 90 while he holds a mark of 3-1-3. He has a save % of 63.2 and his clean sheet rate is currently at 28.6%. Barraza has 2 shutouts while seeing 19 shots attempted against him in 630 mins in his career.