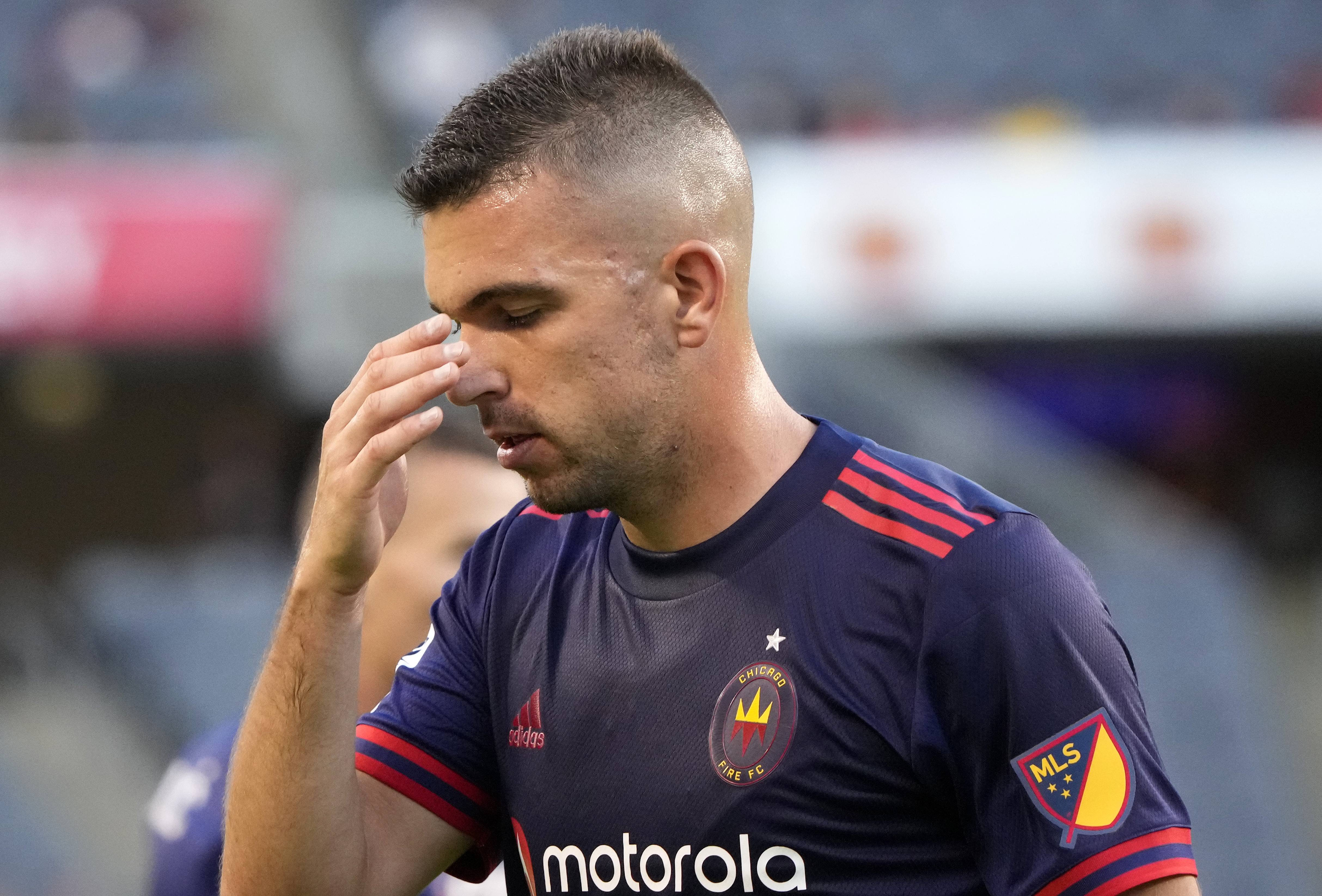 Soldier Field is the venue where Cristian Casseres and the New York Red Bulls (5-4-7, 9th in Eastern Conference) will play the Chicago Fire (3-5-9, 12th in Eastern Conference) on Sunday. The goaltenders who are expected to start are Gabriel Slonina for the Chicago Fire and Carlos Miguel Coronel for the New York Red Bulls. The Fire are priced at +126 while the Red Bulls are at +222. The over/under is set at 2.75.

Chicago took the field against New York City in their last game and wrapped up with a draw by a score of 0-0. The Fire tried 21 dribbles in this matchup and successfully completed 12 of the attempts for a percentage of 57.1%. When talking about passing the ball, they had a 83.0% passes received percentage by converting 434 out of their 523 pass targets last contest.

Regarding shot accuracy, Chicago finished the game at a 20.0% clip by putting 1 shot on target of 5 total shots. Chicago is averaging 0.94 goals per 90 (16 goals in total) and have accounted for 15 assists in all matches for this campaign.

Luka Stojanovic is a player who can be a difference maker for the Chicago Fire. He has totaled 4 assists while accumulating 15 yellow card warnings in his pro soccer career. Stojanovic has been a starter in 81 games so far in his career and he scores 0.34 goals per 90 mins. The forward representing Serbia has recorded 27 goals scored in 7,149 professional minutes.

Another player who could decide the outcome is Robert Beric, the forward representing Slovenia. Beric has been on the field for 13,775 mins during 156 starts and has earned himself a total of 19 yellow cards. He has helped on a goal 16 times so far in his pro soccer career and he has scored 80 goals. He is averaging 0.52 goals per 90 minutes so far in his pro soccer career.

The guy defending the goal for Chicago Fire will be Gabriel Slonina. Slonina (0-1-0 mark in his career) has accumulated 1 clean sheets, which has earned him a 100.0% clean sheet rate. The goalie hailing from the United States has had 4 shots attempted against him in 1 starts. His goals against per 90 mins is 0.00 (0 goals given up) and he holds a save percentage of 100.0. Slonina has seen the pitch for a total of 90 minutes and has earned 4 saves in his pro soccer career.

The last time they took the pitch, New York finished locked up with a final of 0-0 against Cincinnati. They finished this game by converting 360 of the 453 passing attempts for a rate of 79.5%. The Red Bulls ended the game with a 63.3% successful dribble percentage by completing 19 of the 30 dribbles they attempted. New York connected on 3 shots on target out of their 24 shots attempted which gave them a 12.5% rate when they last took the field. With 20 goals and 14 assists for all their games, New York averages 1.18 goals and 0.82 assists per 90 minutes.

Cristian Casseres will be counted on for New York Red Bulls. The midfielder representing Venezuela has totaled 7,047 professional minutes while he has scored 13 goals. He has collected 20 yellow card cautions in his career and has assisted on a goal 7 times. He scores 0.17 G/90 and has been a starter in 79 outings so far in his career. Be sure to keep an eye out for Fabio, the forward hailing from Brazil. Fabio has been handed a total of 7 yellow cards in 6,419 mins played (72 starting assignments). His goals per 90 average during his soccer career is 0.39. He has scored 28 goals in his career while assisting on a goal 7 different times.

Carlos Miguel Coronel will reside in front of the net for New York Red Bulls. So far in his career, Coronel has given up 45 goals and has accumulated 100 stops in 33 starting assignments. He has given up 1.34 goals per 90 while holding a record of 15-6-12. He sports a save % of 69.7 and his clean sheet rate sits at 30.3%. Coronel has racked up 10 clean sheets while he has seen 142 shots attempted against him in 3,019 mins throughout his career.