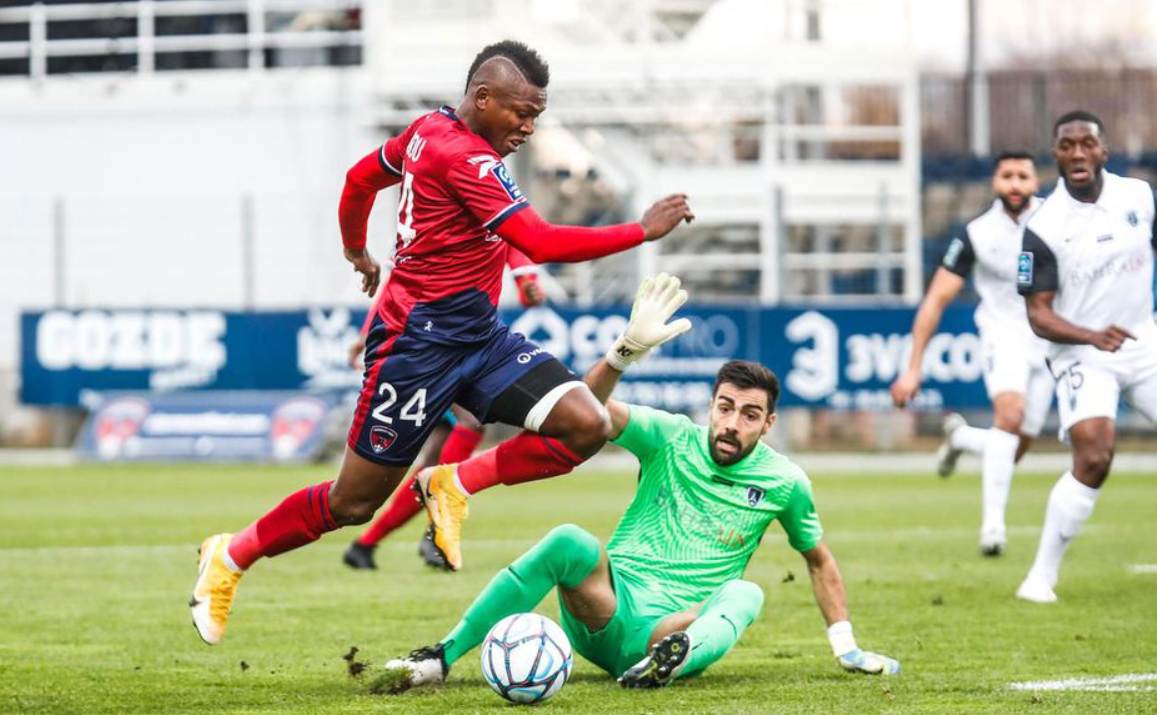 Gabriel Montpied Stadium is the site where Jodel Dossou and Clermont Foot (1-0-0, 2nd in Ligue 1) will take on Troyes (0-0-1, 18th in Ligue 1) on Sunday. The starting goalkeepers are Arthur Desmas for Clermont Foot and Gauthier Gallon for Troyes. The ESTAC are at at +235 while the Lancers are priced at +115. The O/U opens at 2.5.

Clermont Foot played Bordeaux in their last matchup and walked away with a win by a score of 2-0. Clermont Foot tried 23 dribbles in this game and were successful in 12 of the tries for a percentage of 52.2%. In regard to passing, they finished this match with a 91.4% received passes rate by connecting on 513 of the 561 passing targets in their last game.

Concerning shot accuracy, Clermont Foot walked away from the pitch at a 52.6% rate by landing 10 shots on target out of 19 total shots. Clermont Foot has an average of 2.00 goals per 90 min (2 total goals) and have 2 assists in all games for the season.

Jodel Dossou is a guy who should impact this matchup for Clermont Foot. Dossou has been a starter in 46 contests thus far in his career and accounts for 0.42 goals per 90. The midfielder from Benin has tallied 19 goals scored in 4,045 professional minutes. He has accounted for 6 assists while tallying 3 yellow cards in his pro soccer career.

Another player who should impact this match is Mohamed Bayo, the forward representing Guinea. Bayo has earned 3,195 mins during 35 career starting assignments and has been given 2 yellow card cautions. He has assisted a teammate on a goal 7 times so far in his career and he has scored 23 total goals. He is currently averaging 0.65 goals per 90 thus far in his career.

The guy protecting the net for Clermont Foot will be Arthur Desmas. Desmas has seen the field for a total of 5,891 mins and has 168 stops thus far in his career. His goals against per 90 mins is 0.92 (60 total goals allowed) and he holds a save percentage of 78.1%. The goalie from France has had 215 shots attempted against him in 66 starts. Desmas (29-18-19 record during his career) has tallied 26 clean sheets, which gives him a 39.4% shutout percentage.

For their last outing, Troyes took a loss by a score of 2-1 against PSG. They wrapped up this outing by completing 417 out of their 486 passing attempts earning a percentage of 85.8%. Troyes finished with a 55.6% successful dribble rate by completing 10 of the 18 dribbles they tried. Troyes had 7 shots on target out of the team's 15 shots attempted which gave them a 46.7% clip in their last game. Having earned a total of 1 goal and 1 assist in all their contests, Troyes sports an average of 1.00 goal and 1.00 assist per 90 minutes.

Yoann Touzghar will need to provide a lift for Troyes. He sports an average of 0.37 goals per 90 minutes and has been a starter in 228 outings thus far in his career. The forward hailing from Tunisia has been on the pitch for 19,558 professional minutes and has earned 81 goals. He has 7 yellow cards thus far in his career and has helped a teammate on a goal 23 times. Make sure to watch out for Florian Tardieu, the midfielder representing France. He has earned 17 goals so far in his career while assisting on a goal 17 times. Tardieu has been handed a total of 64 yellow card cautions in 23,243 professional minutes (260 career starting assignments). His G/90 average so far in his pro soccer career is 0.07.