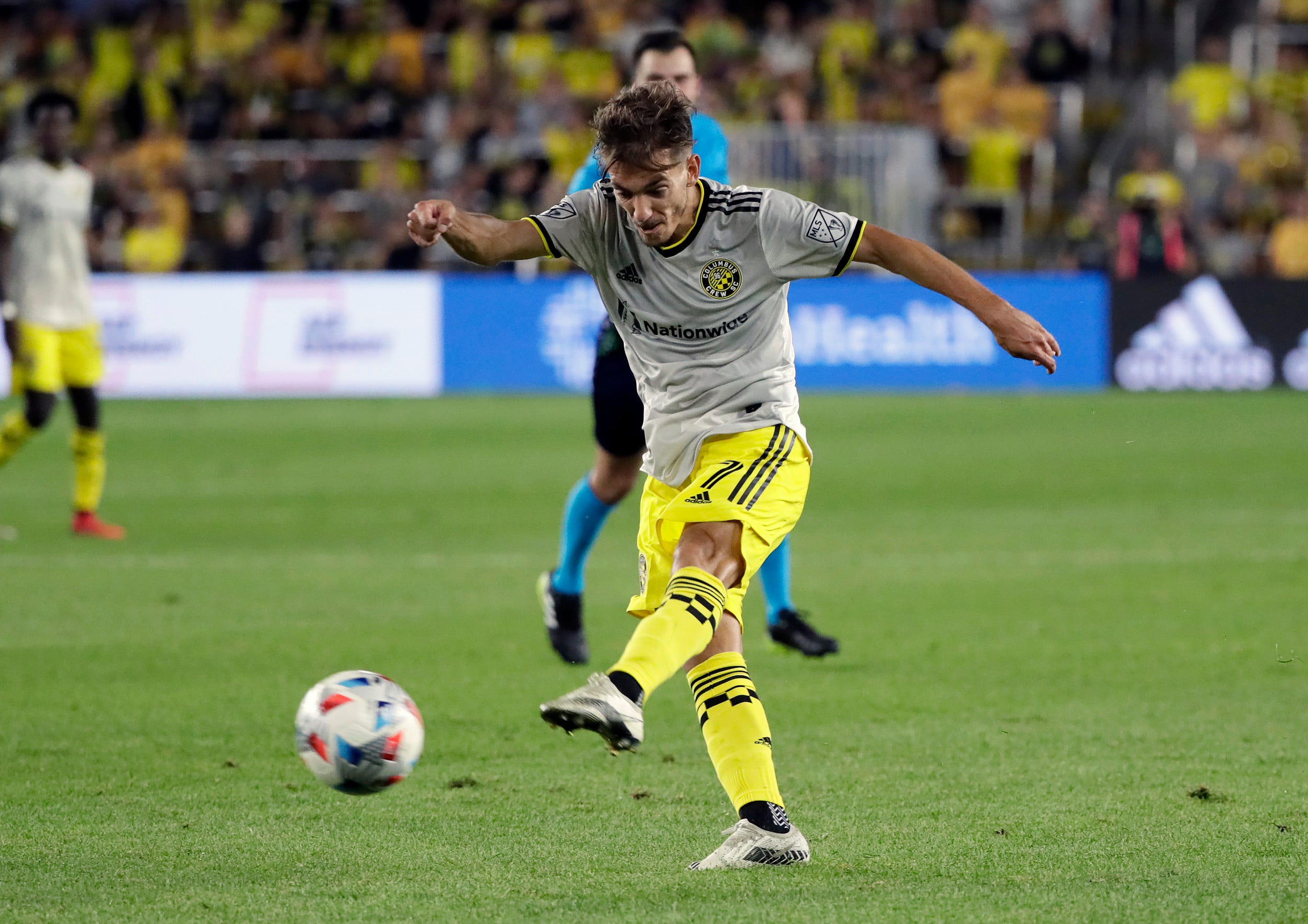 Ola Kamara and D.C. United (6-3-7, 8th in Eastern Conference) head to Lower.com Field on Wednesday where they'll take on the Columbus Crew (6-6-4, 6th in Eastern Conference). The expected starting goalkeepers will be Eloy Room for the Columbus Crew and Bill Hamid for D.C. United. The Crew are priced at -114 while the Black-and-Red are at +255. The O/U has been set at 2.25.

Columbus faced off with New York City in their last matchup and took a loss by a score of 4-1. In the passing game, they ended up with a 83.2% passes received percentage by completing 405 of the 487 passing attempts last contest. The Crew tried 13 dribbles in this matchup and were successful in 10 of those dribbles for a rate of 76.9%.

Regarding shot accuracy, Columbus finished at a 0.0% rate by landing 0 shots on target of 8 shots. Columbus sports an average of 0.87 goals per 90 (14 goals in total) and have accounted for 7 assists in all matches for the season.

Lucas Zelarayan is a guy who should be able to impact this match for the Columbus Crew. He has 24 assists while accumulating 7 yellow cards during his career. Zelarayan has been in the starting lineup in 128 matchups during his pro soccer career and he accounts for 0.31 G/90. The midfielder hailing from Argentina has racked up 39 goals scored in 11,439 minutes played.

Another player who should impact this match is Pedro Santos, the forward born in Portugal. Santos has accumulated 16,051 minutes during 184 starting assignments and has been handed a total of 54 yellow card cautions. He has assisted on a goal 39 times during his career while he has scored 42 goals. He currently averages 0.24 goals per 90 minutes thus far in his career.

The man defending the goal for Columbus Crew is Eloy Room. Room (82-56-70 mark during his soccer career) has accumulated 48 shutouts, which has earned him a 23.3% shutout percentage. The goalkeeper hailing from the Netherlands has faced 983 shots attempted at him in 206 starting assignments. His goals allowed per 90 minutes is 1.34 (280 total goals given up) and his save % is 72.7. Room has been on the field for a total of 18,741 minutes and has earned 707 stops during his soccer career.

When they last stepped on the pitch, D.C. were able to avoid a loss with a score of 0-0 against Cincinnati. The Black-and-Red finished the match with a 61.5% successful dribble percentage by connecting on 8 out of the 13 dribbles they attempted. They wrapped up this match by converting 204 out of their 261 passes they attempted for a percentage of 78.2%. D.C. converted 3 shots on goal out of 8 shots tried which had them sitting at a 37.5% rate when they last took the field. Having earned a total of 20 goals and 16 assists in all their contests, D.C. is averaging 1.25 goals and 1.00 assist per 90 min.

Ola Kamara should provide a lift for D.C. United. He has an average of 0.52 goals per 90 mins and has been in the starting lineup in 223 outings during his soccer career. The forward hailing from Norway has 20,896 minutes while he has scored 121 goals. He has totaled 12 yellow cards during his career and has assisted a teammate on a goal 24 times. You should also watch out for Yamil Asad, the midfielder hailing from Argentina. Asad has been handed a total of 23 yellow card warnings in 9,949 minutes played (113 career starting assignments). His G/90 average so far in his career is 0.23. He has scored 25 goals so far in his career while helping a teammate on a goal 23 different times.