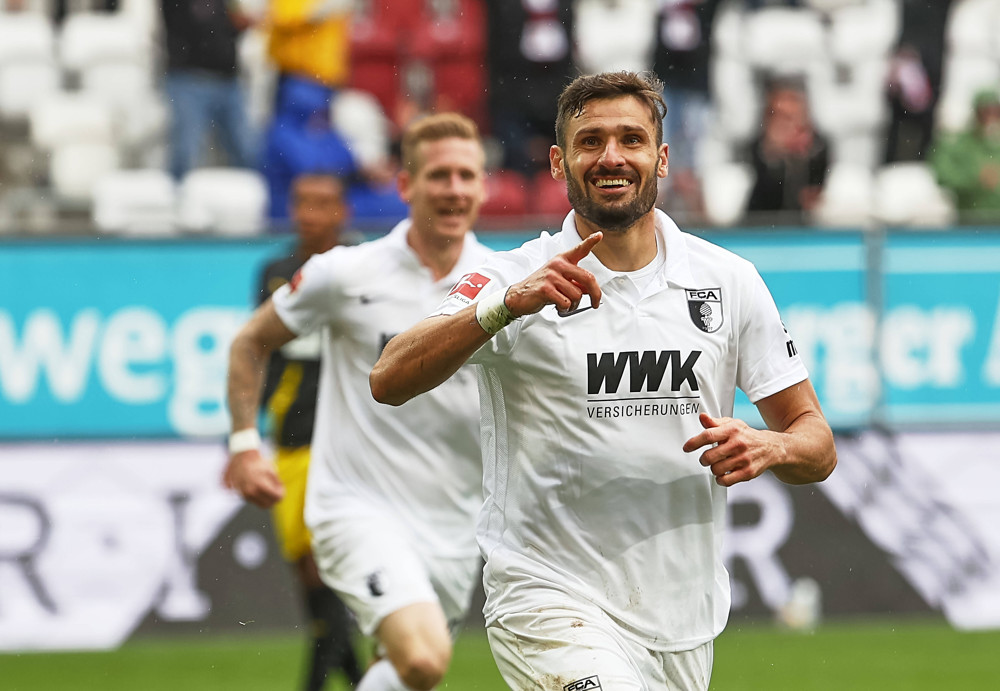 FC Augsburg faced Bayern Munich in their most recent match and took a loss by a final of 5-2. In regard to passing, they ended the game with a 74.6% rate by converting 191 of the 256 targeted passes last match. FC Augsburg tried 21 dribbles in this match and completed 15 of the dribbles for a percentage of 71.4%.

Concerning shot accuracy, FC Augsburg wrapped this game up at a 37.5% clip by hitting 3 shots on target out of 8 total shots. FC Augsburg averages 1.03 g/90 (35 goals in total) and have tallied 23 assists in all matches for the year.

Andre Hahn is a player who should be able to impact this match for FC Augsburg. Hahn has been given a starting assignment in 200 contests during his career and accounts for 0.24 goals per 90 mins. The forward from Germany has earned 49 goals in 18,096 mins played. He has 28 assists while tallying 50 yellow card warnings during his pro soccer career.

One more player who should impact this match is Daniel Caligiuri, the defender representing Germany. He has assisted a teammate on a goal 41 times thus far in his career while he has scored 46 total goals. Caligiuri has earned 23,415 mins in 259 starts and has been given a total of 51 yellow cards. He currently averages 0.18 goals per 90 mins during his pro soccer career.

The man who will protect the net for FC Augsburg is Rafal Gikiewicz. Gikiewicz (80-53-78 mark in his career) has totaled 65 clean sheets, which gives him a 31.0% shutout rate. The goalie from Poland has faced 884 shots attempted against him in 210 career starts. His goals allowed per 90 mins is 1.27 (266 goals allowed) and his save percentage is 71.5. Gikiewicz has been on the pitch for 18,916 mins and has accumulated 634 saves so far in his pro soccer career.

Andrej Kramaric should provide a lift for 1899 Hoffenheim. The forward representing Croatia has 21,226 minutes while he has scored 151 goals. He has 17 yellow cards in his career and has assisted on a goal 47 times. He scores 0.64 G/90 and has been a starter in 230 games during his pro soccer career. Be sure to keep an eye out for Ihlas Bebou, the forward representing Togo. Bebou has earned himself a total of 21 yellow card cautions in 12,347 professional minutes played (128 career starting assignments). His G/90 average in his career is 0.26. He has collected 35 goals in his career while assisting on a goal 25 different times.