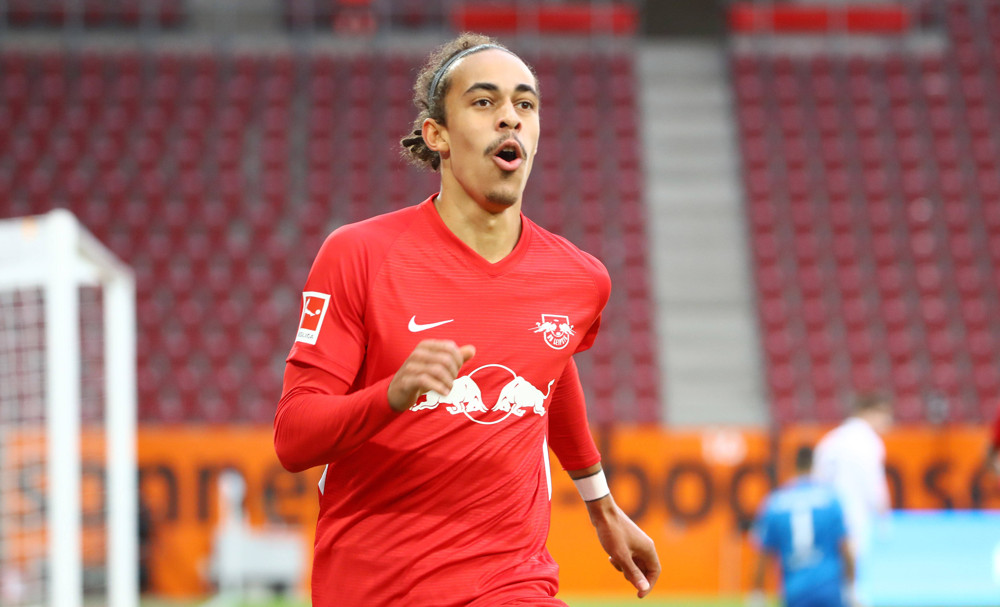 Opel Arena is the venue where Kevin Stoger and FSV Mainz 05 (10-9-15, 12th in Bundesliga) will take on RB Leipzig (19-8-7, 2nd in Bundesliga) on Sunday. The goalkeepers who are expected to start are Robin Zentner for FSV Mainz 05 and Peter Gulacsi for RB Leipzig. The moneyline on this matchup has FSV Mainz 05 priced at +392 and the Red Bulls are at -155. The over/under has been set at 3.

FSV Mainz 05 took the field against VfL Wolfsburg in their most recent game and earned the victory with a final of 3-2. FSV Mainz 05 attempted 19 dribbles in this outing and were successful in 11 of those attempts for a percentage of 57.9%. In sharing the ball, they ended with a 78.7% received passes percentage by completing 251 out of their 319 pass attempts in their last match.

In relation to shooting accuracy, FSV Mainz 05 finished the game at a 43.8% rate by putting 7 shots on target out of 16 total shots. FSV Mainz 05 is averaging 1.15 goals per 90 minutes (39 total goals) and have earned 23 assists in all contests for the year.

Kevin Stoger is a player you are going to want to keep your eye on for FSV Mainz 05. Stoger has started 162 outings so far in his career and has 0.10 goals per 90 minutes. The midfielder hailing from Austria has tallied 17 goals scored in 14,643 mins played. He has 28 assists while earning 45 yellow card cautions during his soccer career.

Someone else who should impact this game is Jean-Paul Boetius, the forward representing the Netherlands. Boetius has been on the field for 15,111 mins in 172 career starts and has been given 27 yellow cards. He has helped a teammate on a goal 40 times in his career and he has scored 40 goals. He is averaging 0.24 goals per 90 minutes so far in his career.

The man who will defend the goal for FSV Mainz 05 is Robin Zentner. Zentner (36-35-54 mark during his career) has earned 29 shutouts, which has earned him a 23.2% clean sheet percentage. The goalkeeper hailing from Germany has seen 575 shots attempted at him in 125 starting assignments. His goals against per 90 mins is 1.48 (184 goals allowed) and he is the owner of a save percentage of 69.7. Zentner has seen the field for 11,205 minutes and has tallied 402 saves so far in his pro soccer career.

In their last game, RB Leipzig went home defeated by a final of 2-1 against Union Berlin. RB Leipzig had a 50.0% successful dribble percentage by completing 11 out of the 22 dribbles they attempted. They wrapped up this contest by completing 507 of the 555 passing tries for a percentage of 91.4%. RB Leipzig had 8 shots on goal out of 19 shots attempted which gave them a 42.1% clip in their last outing. With a total of 59 goals and 44 assists in all their matches, RB Leipzig averages 1.74 goals and 1.29 assists per 90 minutes.

Yussuf Poulsen should provide a lift for RB Leipzig. He is currently averaging 0.34 goals per 90 minutes and has had a starting assignment in 180 outings during his career. The forward from Denmark has totaled 16,389 professional minutes while scoring 62 goals. He has 26 yellow card warnings in his pro soccer career and has assisted a teammate on a goal 32 times. Be sure to keep an eye out for Marcel Sabitzer, the forward hailing from Austria. Sabitzer has earned himself a total of 48 yellow cards in 22,440 mins played (257 starts). His G/90 average during his soccer career is 0.31. He has 77 goals in his career while helping a teammate on a goal 50 different times.