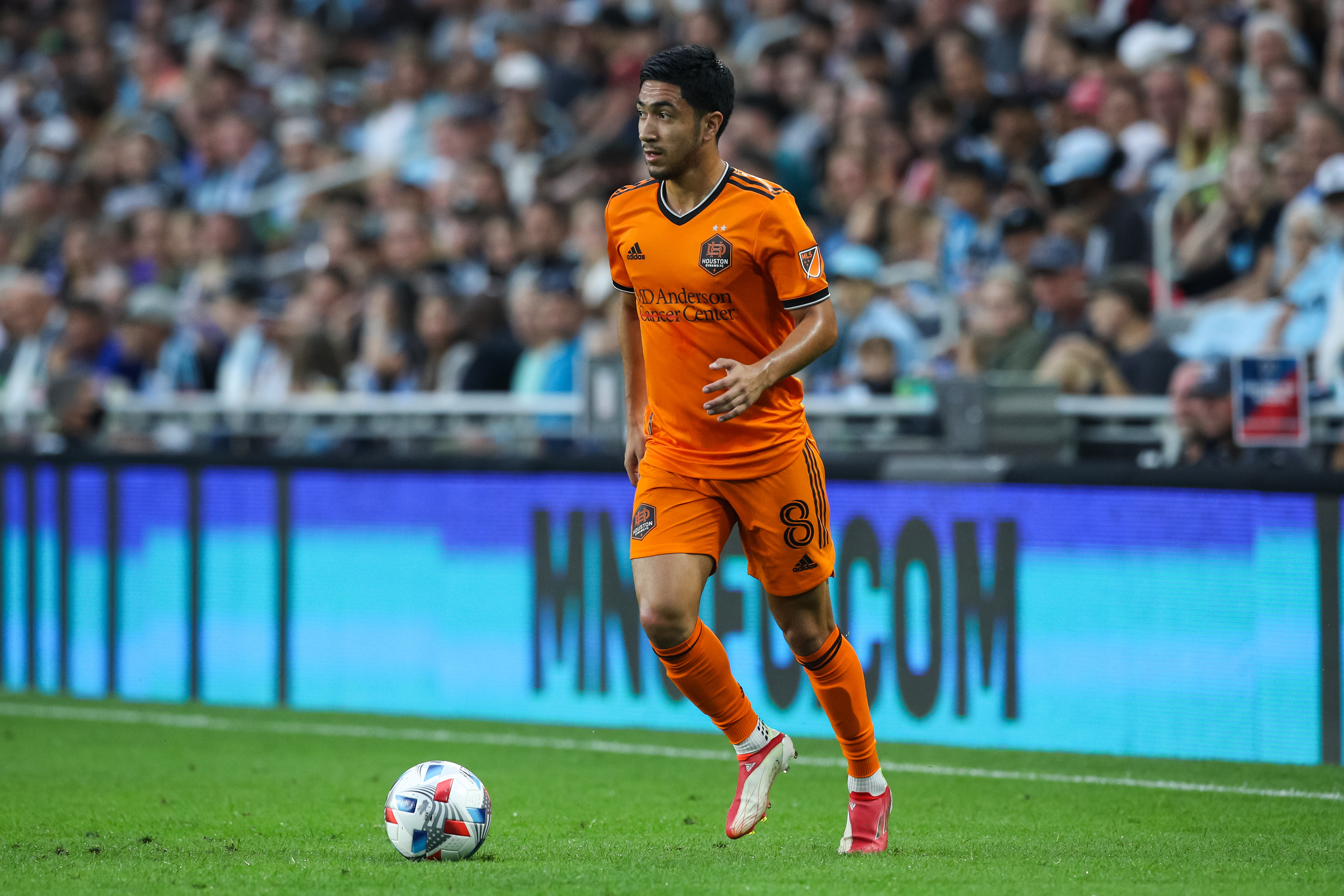 Memo Rodriguez and the Houston Dynamo (3-9-6, 11th in Western Conference) play the Colorado Rapids (8-4-4, 4th in Western Conference) at BBVA Stadium on Saturday. The goalies protecting the net will be Marko Maric for the Houston Dynamo and William Yarbrough for the Colorado Rapids. The Rapids are priced at +165 while the Dynamo are at +150. The over/under is set at 2.75.

Houston took the field against Minnesota in their most recent game and went home with a loss by a final score of 2-0. The Dynamo attempted 20 dribbles in this contest and were able to convert 13 of the attempts for a rate of 65.0%. When discussing the passing game, they ended with a 81.9% passes received rate by converting 330 of the 403 targeted passes last match.

In terms of shooting accuracy, Houston finished the game at a 22.2% rate by putting 2 shots on target of 9 total shots. Houston averages 1.00 goal per 90 (18 goals in total) and are sitting with 13 assists in all games for the season.

Memo Rodriguez is a player who can be a difference maker for the Houston Dynamo. He has accounted for 14 assists while accumulating 15 yellow card warnings during his pro soccer career. Rodriguez has had a starting assignment in 90 matchups in his career while he scores 0.31 goals per 90 minutes. The midfielder from the United States has recorded 28 goals scored in 8,031 professional minutes.

One more guy who could decide who wins is Maximiliano Urruti, the forward representing Argentina. He has assisted on a goal 25 times so far in his career while scoring 59 total goals. Urruti has totaled 15,119 mins in 169 starts and has earned himself 22 yellow card warnings. He scores 0.35 goals per 90 minutes during his pro soccer career.

The guy defending the goal for Houston Dynamo is Marko Maric. Maric has defended the goal for a total of 11,610 minutes and has 325 saves so far in his pro soccer career. His goals against per 90 minutes is 1.49 (192 total goals allowed) and he has a save percentage of 68.4. The goalie from Croatia has had 472 shots sent his way in 129 starting assignments. Maric (32-47-50 record during his career) has accounted for 25 shutouts, which leaves him with a 19.4% shutout percentage.

When they last stepped on the pitch, Colorado weren't able to secure a win with a final of 0-0 against Kansas City. They finished this game by completing 469 out of their 543 passes they attempted earning a percentage of 86.4%. The Rapids had a 65.0% successful dribble rate by completing 13 out of the 20 dribbles they tried. Colorado had 3 shots on goal out of their 13 shots attempted which had them sitting at a 23.1% clip in their last match. Having a total of 21 goals and 15 assists in all their contests, Colorado has an average of 1.31 goals and 0.94 assists per 90.

Michael Barrios should provide solid play for Colorado Rapids. He is currently averaging 0.21 G/90 and has started 174 matches so far in his pro soccer career. The forward from Colombia has played 15,098 mins while scoring 35 goals. He has collected 23 yellow cards during his pro soccer career and has assisted a teammate on a goal 40 times. Make sure to keep an eye out for Diego Rubio, the forward hailing from Chile. He has accounted for 44 goals in his pro soccer career while assisting a teammate on a goal 22 different times. Rubio has been given 36 yellow cards in 9,421 minutes played (102 starting assignments). His G/90 average in his career is 0.42.

William Yarbrough is expected to look after the net for Colorado Rapids. Yarbrough has tallied 49 shutouts and has seen 798 shots attempted against him in 15,795 career minutes. He has a save percentage of 72.9 and his clean sheet rate is currently 27.8%. He has allowed 1.36 goals per 90 while earning a mark of 67-45-63. In his career, Yarbrough has surrendered 239 goals and has racked up 569 stops in 176 starting assignments.