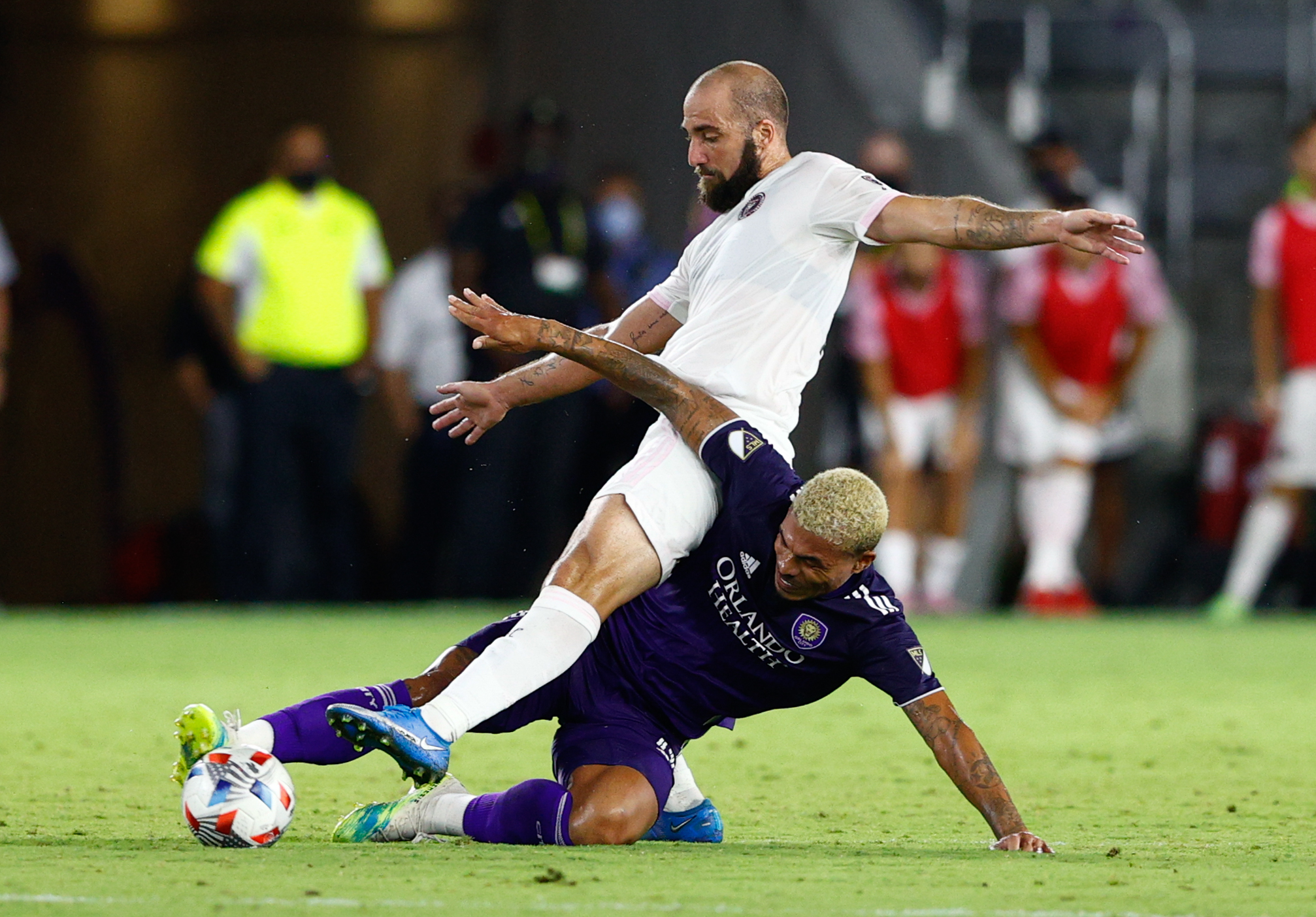 Miami took the field against Orlando in their last game and walked away with a draw with a final of 1-1. Inter Miami tried 10 dribbles in this outing and successfully completed 6 of those attempts for a rate of 60.0%. In regard to passing, they ended the game with a 82.4% received passes rate by connecting on 332 of the 403 pass targets in their last game.

In relation to shooting accuracy, Miami finished the game at a 25.0% rate by putting 1 shot on target out of 4 total shots. Miami averages 0.81 goals per 90 (13 total goals) and have tallied 11 assists in all matches this season.

Gonzalo Higuain is a player you are going to want to keep your eye on for Inter Miami. He has accounted for 65 assists while accumulating 46 yellow card warnings in his pro soccer career. Higuain has started 358 contests in his career and he tallies 0.69 goals per 90 minutes. The forward hailing from Argentina has earned 245 goals scored in 31,830 mins.

Another player who could decide the outcome is Lewis Morgan, the midfielder born in Scotland. Morgan has totaled 11,063 mins during 120 starting assignments and has been given 4 yellow card warnings. He has helped a teammate on a goal 24 times in his pro soccer career and he has scored 28 total goals. He is averaging 0.23 goals per 90 mins so far in his career.

The man who is expected to defend the goal for Inter Miami CF will be John McCarthy. McCarthy has seen the pitch for 10,170 mins and has earned 324 saves during his soccer career. His goals against per 90 mins is 1.15 (130 total goals conceded) and his save % is 73.0. The keeper born in the United States has seen 445 shots attempted against him in 113 career starts. McCarthy (44-34-35 mark during his soccer career) has tallied 36 shutouts, which has him sitting with a 31.9% clean sheet percentage.

In their last outing, Nashville earned the draw by finishing with a tally of 0-0 against Cincinnati. Nashville SC finished with a 63.3% successful dribble percentage by completing 19 out of the 30 dribbles they pursued. They finished the contest by completing 360 out of their 453 pass attempts for a percentage of 79.5%. Nashville landed 2 shots on target out of their 7 shots attempted which gave them a 28.6% clip when they last took the field. Having tallied 25 goals and 19 assists in all their contests, Nashville averages 1.47 goals and 1.12 assists per 90 minutes.

Hany Mukhtar should be able to be counted on for Nashville SC. The forward from Germany has totaled 11,843 mins while scoring 36 goals. He has accumulated 19 yellow card cautions in his career and has helped a teammate on a goal 32 times. He is averaging 0.27 goals per 90 minutes and has been a starter in 131 contests so far in his career. Be sure to keep an eye out for C.J. Sapong, the forward born in the United States. He has 77 goals thus far in his career while assisting a teammate on a goal 24 times. Sapong has been handed a total of 19 yellow cards in 20,642 mins played (226 starting assignments). His goals per 90 average during his soccer career is 0.34.

Joe Willis will be residing in front of the goal for Nashville SC. Willis has earned 42 clean sheets while defending 733 shots attempted against him in 15,309 mins throughout his career. He has a save percentage of 70.3 and his clean sheet rate is 25.0%. He has surrendered 1.39 goals per 90 mins and he has earned a mark of 58-51-61. During his pro soccer career, Willis has given up 237 goals and has earned 511 saves in 168 starting assignments.