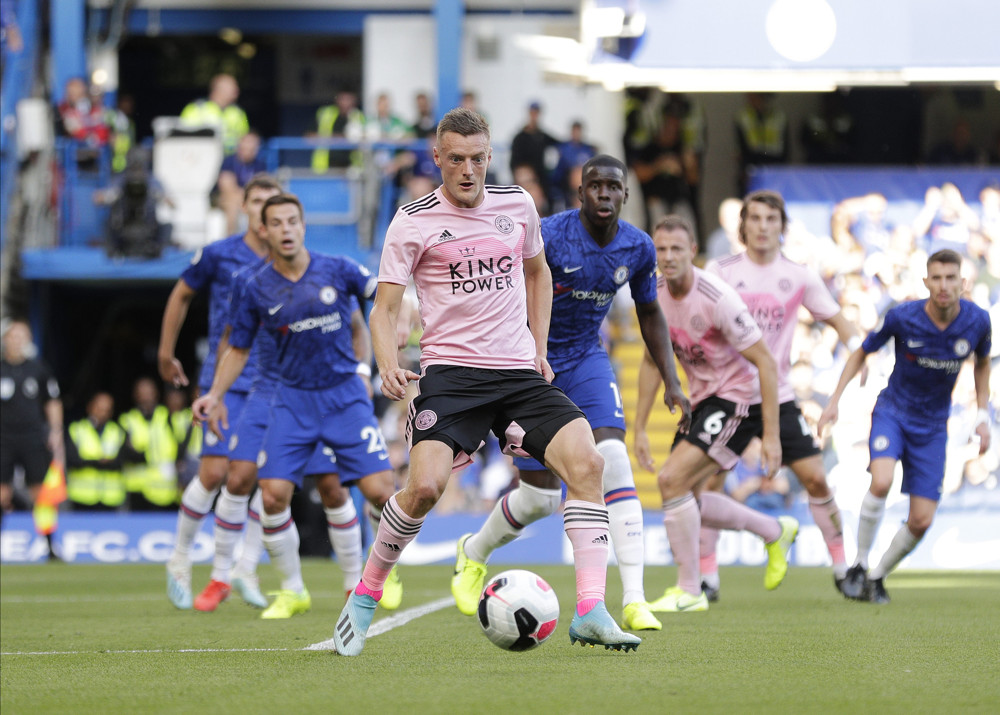 In terms of shooting accuracy, Leicester City walked away from the pitch at a 50.0% clip by putting 4 shots on target out of 8 shots. Leicester City averages 1.68 goals per 90 min (64 total goals) and have racked up 45 assists in all contests this year.

James Maddison is a player who should impact this matchup for Leicester City. He has accounted for 30 assists while accumulating 24 yellow cards during his soccer career. Maddison has been given a starting assignment in 156 games so far in his career and scores 0.28 goals per 90 mins. The midfielder born in England has totaled 43 goals in 13,888 minutes played.

Another player who should impact this match is Jamie Vardy, the forward representing England. He has helped on a goal 57 times so far in his career while scoring 169 goals. Vardy has been on the field for 27,392 mins in 314 career starting assignments and has been handed 37 yellow card warnings. He is averaging 0.56 goals per 90 during his career.

The man who will protect the net for Leicester City is Kasper Schmeichel. Schmeichel (245-137-155 mark during his soccer career) has accounted for 182 shutouts, which gives him a 34.0% shutout rate. The goalkeeper from Denmark has faced 2,137 shots attempted against him in 535 starts. His goals against per 90 mins is 1.1 (609 goals given up) and he has earned a save percentage of 72.5. Schmeichel has played for 48,164 mins and has tallied 1,547 stops during his pro soccer career.

Raul Jimenez should be someone to watch for Wolverhampton. He is currently averaging 0.46 goals per 90 minutes and has had a starting assignment in 173 contests during his pro soccer career. The forward born in Mexico has earned 16,113 professional minutes and he has scored 82 goals. He has totaled 21 yellow cards thus far in his career and has assisted on a goal 31 times. Be sure to keep an eye out for Ruben Neves, the midfielder who is from Portugal. Neves has earned himself a total of 48 yellow card warnings in 15,433 professional minutes played (172 starting assignments). His G/90 average so far in his career is 0.12. He has accounted for 20 goals in his pro soccer career while helping a teammate on a goal 8 different times.

Jose Sa will be residing in front of the goal for Wolverhampton. Sa has tallied 56 clean sheets while seeing 96 shots tried against him in 9,765 mins throughout his career. He has earned a save percentage of 67.7 and his clean sheet rate sits at 51.4%. He has allowed 0.67 goals per 90 minutes while holding a record of 80-18-10. In his career, Sa has given up 31 goals while totaling 65 stops in 109 starting assignments.