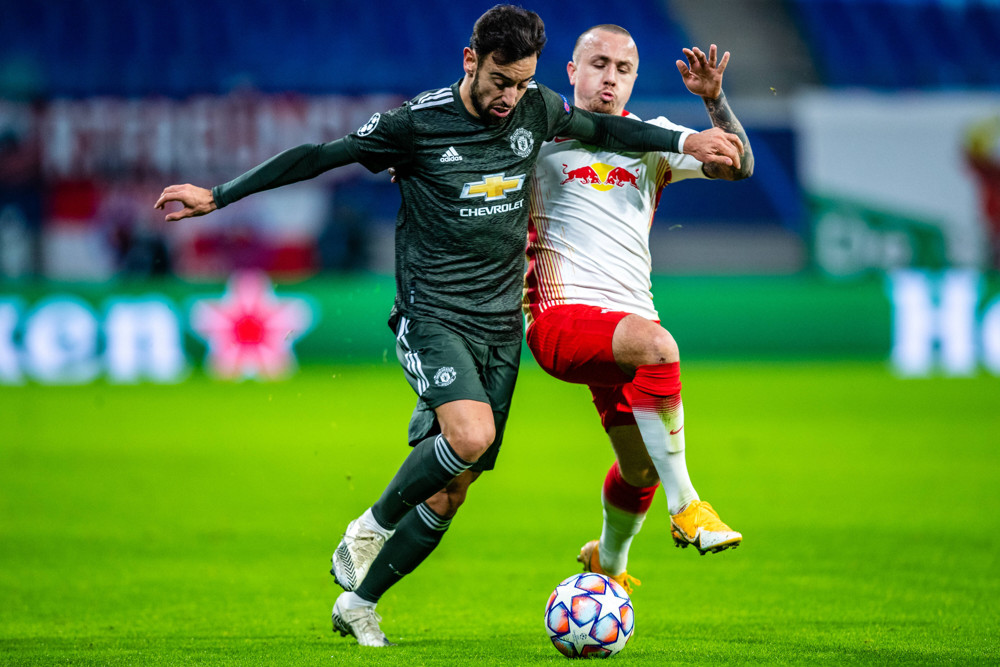 Manchester United faced off with Villarreal in their last match and got the draw with a final of 1-1. Manchester United attempted 34 dribbles in this outing and successfully completed 19 of those attempts for a rate of 55.9%. When discussing the passing game, they ended with a 85.8% passes received rate by converting 624 of the 727 passing attempts last match.

In relation to shooting accuracy, Manchester United wrapped this game up at a 14.3% clip by putting 2 shots on target of 14 shots. Manchester United averages 1.84 g/90 (70 total goals) and have accounted for 51 assists in all games this year.

Bruno Fernandes is a guy who should be able to impact this game for Manchester United. Fernandes has had a starting assignment in 225 matchups during his soccer career and he scores 0.38 goals per 90 minutes. The midfielder from Portugal has 84 goals in 19,851 minutes. He has totaled 61 assists while earning 49 yellow card cautions during his career.

One more guy who could decide who wins is Jadon Sancho, the forward representing England. He has assisted a teammate on a goal 45 times during his career while scoring 38 goals. Sancho has totaled 7,500 mins in 82 career starting assignments and has been given a total of 4 yellow cards. He currently averages 0.46 goals per 90 minutes for his career.

The man defending the goal for Manchester United is Dean Henderson. Henderson (73-35-31 record during his soccer career) has recorded 56 clean sheets, which has earned him a 40.3% shutout percentage. The keeper from England has seen 521 shots sent his way in 139 career starts. His GA/90 is 0.9 (124 goals allowed) and he has earned a save percentage of 77.2. Henderson has seen the field for a total of 12,555 minutes and has earned 398 saves in his career.

In their last game, Leeds United went home victorious with a score of 3-1 against West Brom. Leeds United finished with a 39.1% successful dribble rate by converting 9 of the 23 dribbles they attempted. They wrapped up this match by completing 417 of the 498 attempted passes for a percentage of 83.7%. Leeds United connected on 8 shots attempted out of their 16 shots attempted giving them a 50.0% rate in their last outing. Having earned a total of 60 goals and 45 assists in all competitions, Leeds United sports an average of 1.58 goals and 1.18 assists per 90 minutes.

Patrick Bamford will be counted on for Leeds United. The forward from England has played 17,701 professional minutes and has scored 97 goals. He has 21 yellow card cautions during his career and has assisted a teammate on a goal 18 times. He sports an average of 0.49 goals per 90 minutes and has been in the starting lineup in 201 games during his soccer career. Make sure to watch out for Jack Harrison, the forward representing England. Harrison has been handed a total of 8 yellow cards in 13,501 mins played (161 starting assignments). His goals per 90 average so far in his career is 0.21. He has totaled 32 goals during his career while assisting a teammate on a goal 28 different times.

Illan Meslier will look after the net for Leeds United. During his career, Meslier has allowed 88 goals and has accounted for 155 saves in 73 starts. He has given up 1.21 goals per 90 minutes while holding a mark of 36-15-22. He holds a save percentage of 76.2 and his clean sheet rate sits at 37.0%. Meslier has racked up 27 clean sheets while defending 202 shots against him in 6,570 mins in his career.