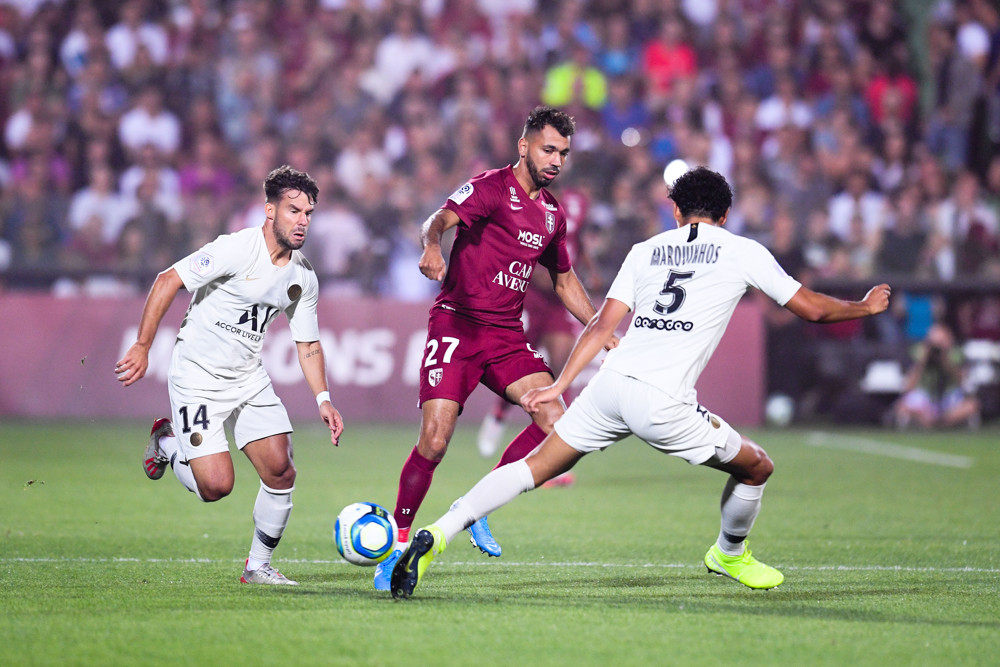 Metz took the field against Marseille in their last match and earned a one point draw by a score of 1-1. In the passing game, they finished this match with a 81.2% rate by connecting on 281 of the 346 passing attempts in their last match. Metz tried 21 dribbles in this game and were successful in 13 of the attempts for a percentage of 61.9%.

In relation to shooting accuracy, Metz finished the game at a 22.2% rate by landing 2 shots on target of 9 total shots. Metz is averaging 1.11 goals per 90 (42 goals in total) and are sitting with 28 assists in all matches this year.

Farid Boulaya is a player who should impact this matchup for Metz. Boulaya has been in the starting lineup in 113 matchups in his career and he scores 0.18 goals per 90 mins. The forward from France has 21 goals in 10,264 mins played. He has 21 assists while earning 18 yellow cards in his career.

Another player who could decide the outcome is Vagner, the forward hailing from Cape Verde. He has assisted a teammate on a goal 5 times during his pro soccer career while he has scored 17 total goals. Vagner has 3,895 minutes in 43 starting assignments and has earned himself a total of 9 yellow cards. He has an average of 0.39 goals per 90 mins so far in his pro soccer career.

The man protecting the net for Metz will be Alexandre Oukidja. Oukidja (65-43-43 record during his career) has tallied 49 clean sheets, which leaves him with a 32.5% shutout rate. The keeper hailing from France has faced 446 shots attempted against him in 151 career starts. His GA/90 is 1.10 (166 goals given up) and he has a save percentage of 72.4%. Oukidja has seen the field for a total of 13,538 minutes and has earned 319 saves during his pro soccer career.

When they last took the field, Lille walked away with a victory by a final of 2-1 against Angers. They finished this game by converting 439 of the 497 passing attempts earning a rate of 88.3%. Lille had a 63.2% successful dribble percentage by completing 12 out of the 19 dribbles they attempted. Lille converted 1 shot on goal out of their 4 shots tried which gave them a 25.0% clip when they last took the field. With 62 goals and 39 assists in all competitions, Lille averages 1.63 goals and 1.03 assists per 90 min.

Burak Yilmaz should be someone to watch for Lille. The forward representing Turkey has played 29,614 minutes while scoring 222 goals. He has accumulated 91 yellow cards so far in his pro soccer career and has helped a teammate on a goal 51 times. He averages 0.67 goals per 90 mins and has been given a starting assignment in 338 games in his career. Make sure to keep an eye out for Jonathan Bamba, the forward representing France. Bamba has been given 11 yellow card warnings in 13,442 mins played (151 career starting assignments). His goals per 90 minute average during his career is 0.22. He has 33 goals so far in his pro soccer career while helping on a goal 27 different times.

Orestis Karnezis will look after the net for Lille. Thus far in his career, Karnezis has allowed 236 goals while totaling 529 stops in 183 starting assignments. He has allowed 1.30 goals per 90 minutes while earning a record of 63-45-74. He has a save percentage of 70.4% and his shutout rate is 29.0%. Karnezis has 53 shutouts while seeing 761 shots tried against him in 16,340 career minutes.