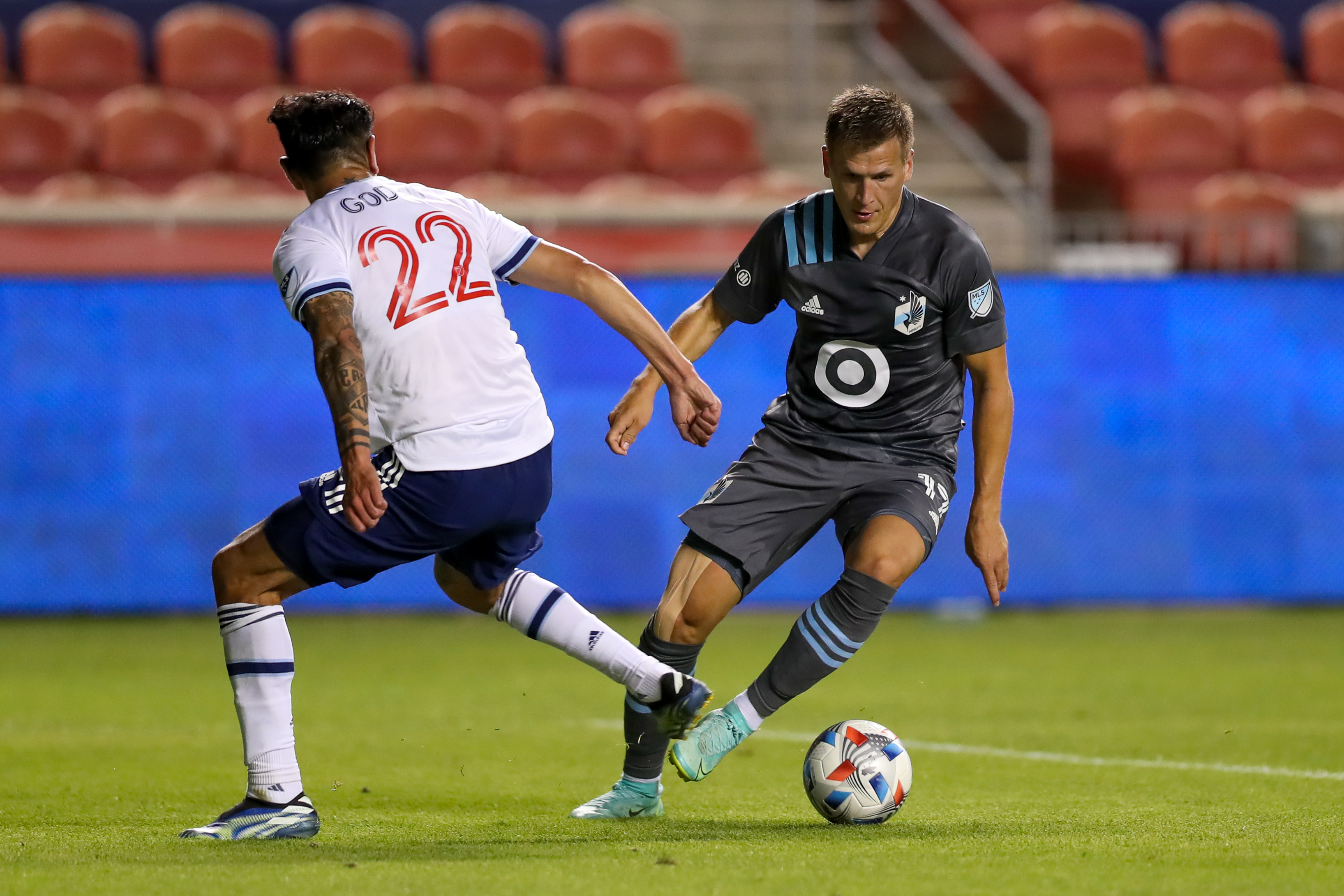 Maximiliano Urruti and the Houston Dynamo (3-9-5, 11th in Western Conference) are headed to Allianz Field on Saturday where they'll take on Minnesota United (6-5-5, 6th in Western Conference). The starting goalies are Tyler Miller for Minnesota United and Marko Maric for the Houston Dynamo. The Dynamo are priced at +355 while the Loons are at -123. The over/under has been set at 2.75.

Minnesota faced off with Vancouver in their most recent match and walked away with a draw with a final of 2-2. The Loons tried 22 dribbles in this contest and were successful in 12 of those attempts for a rate of 54.5%. When discussing the passing game, they ended the game with a 85.2% passes received percentage by connecting on 328 of the 385 targeted passes last match.

Concerning shot accuracy, Minnesota wrapped this game up at a 30.8% rate by landing 4 shots on target of 13 total shots. Minnesota averages 1.19 goals per 90 min (19 total goals) and are sitting with 14 assists in all games for this campaign.

Robin Lod is a player who should be able to impact this game for Minnesota United. Lod has been given a starting assignment in 169 outings during his soccer career while scoring 0.25 goals per 90 mins. The midfielder hailing from Finland has totaled 41 goals in 14,914 mins. He has totaled 27 assists while earning 16 yellow card cautions so far in his career.

Another player who should impact this match is Adrien Hunou, the forward who is from France. Hunou has been on the field for 10,641 minutes during 115 career starting assignments and has earned himself 11 yellow card warnings. He has assisted a teammate on a goal 8 times so far in his pro soccer career and he has scored 39 total goals. He is currently averaging 0.33 goals per 90 minutes for his pro soccer career.

The guy protecting the net for Minnesota United FC is Tyler Miller. Miller (58-32-25 record in his career) has accounted for 31 clean sheets, which gives him a 27.0% shutout percentage. The goalie born in the United States has seen 497 shots sent in his direction in 115 career starting assignments. His goals allowed per 90 mins is 1.33 (153 goals surrendered) and he has earned a save % of 72.0. Miller has seen the pitch for 10,319 mins and is sitting with 354 saves during his pro soccer career.

For their last outing, Houston took a defeat with a final score of 3-2 against Austin. They wrapped up this outing by completing 223 of the 297 attempted passes earning a rate of 75.1%. The Dynamo finished the match with a 75.0% successful dribble rate by completing 12 out of the 16 dribbles they attempted. Houston had 4 shots on target out of their 9 shots attempted which gave them a 44.4% clip in their last outing. Having tallied 18 goals and 13 assists in all their matches, Houston averages 1.06 goals and 0.76 assists per 90.

Maximiliano Urruti should be someone to watch for Houston Dynamo. The forward representing Argentina has been on the field for 15,119 minutes and has earned 59 goals. He has collected 22 yellow card cautions so far in his pro soccer career and has assisted a teammate on a goal 25 times. He is averaging 0.35 goals per 90 mins and has been given a starting assignment in 169 games in his career. Be sure to keep an eye out for Memo Rodriguez, the midfielder representing the United States. Rodriguez has been handed a total of 14 yellow cards in 7,953 professional minutes played (89 career starting assignments). His G/90 average during his soccer career is 0.32. He has scored 28 goals so far in his career while helping a teammate on a goal 14 times.