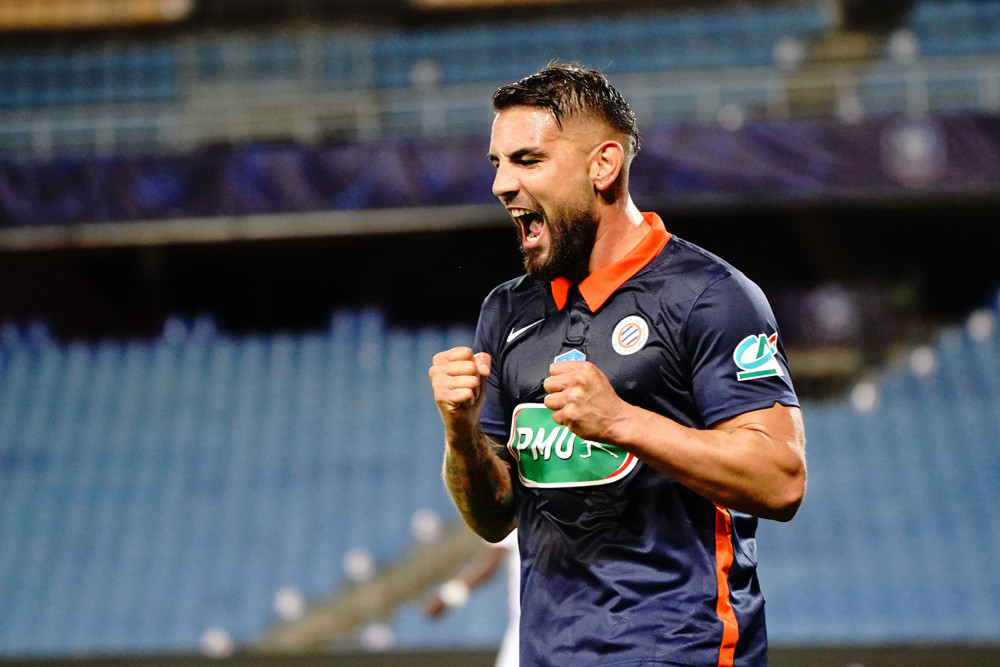 Montpellier took the field against Nantes in their last game and went home with a win by a final score of 2-1. In sharing the ball, they ended with a 77.1% received passes rate by connecting on 324 out of their 420 passing targets in their last match. Montpellier tried 14 dribbles in this outing and converted 7 of the attempts for a percentage of 50.0%.

In terms of shooting accuracy, Montpellier wrapped this game up at a 57.1% rate by hitting 4 shots on target out of 7 total shots. Montpellier averages 1.58 goals per 90 (60 total goals) and have accounted for 42 assists in all matches this season.

Andy Delort is a guy who should be able to impact this game for Montpellier. Delort has been a starter in 239 matchups during his soccer career and accounts for 0.39 goals per 90 mins. The forward born in France has tallied 94 goals in 21,906 professional minutes. He has 43 assists while earning 45 yellow card cautions during his career.

One more player who should impact this match is Gaetan Laborde, the forward representing France. Laborde has played 14,462 minutes in 163 starting assignments and has been given a total of 16 yellow card cautions. He has assisted a teammate on a goal 26 times so far in his career while scoring 52 goals. He scores 0.32 goals per 90 minutes for his career.

When they last stepped on the pitch, Marseille weren't able to secure a win with a final of 1-1 against Metz. Marseille finished with a 62.5% successful dribble percentage by converting 10 of the 16 dribbles they tried. They finished this game by connecting on 538 of the 629 attempted passes for a rate of 85.5%. Marseille converted 1 shot on goal out of their 8 shots attempted giving them a 12.5% rate in their last match. Having accumulated 53 goals and 45 assists In all their contests, Marseille has an average of 1.39 goals and 1.18 assists per 90 minutes.

Dario Benedetto will be someone to watch for Marseille. He is currently averaging 0.59 goals per 90 mins and has been a starter in 155 outings so far in his career. The forward born in Argentina has been on the field for 12,586 professional minutes while scoring 82 goals. He has collected 28 yellow cards in his career and has assisted on a goal 25 times. Be sure to keep an eye out for Dimitri Payet, the forward born in France. Payet has been given 56 yellow card cautions in 35,336 mins (415 career starts). His G/90 average thus far in his career is 0.25. He has collected 98 goals during his career while assisting on a goal 119 times.

DAILY FREE VIDEO PICKS END_OF_DOCUMENT_TOKEN_TO_BE_REPLACED
How to Tease the NFL