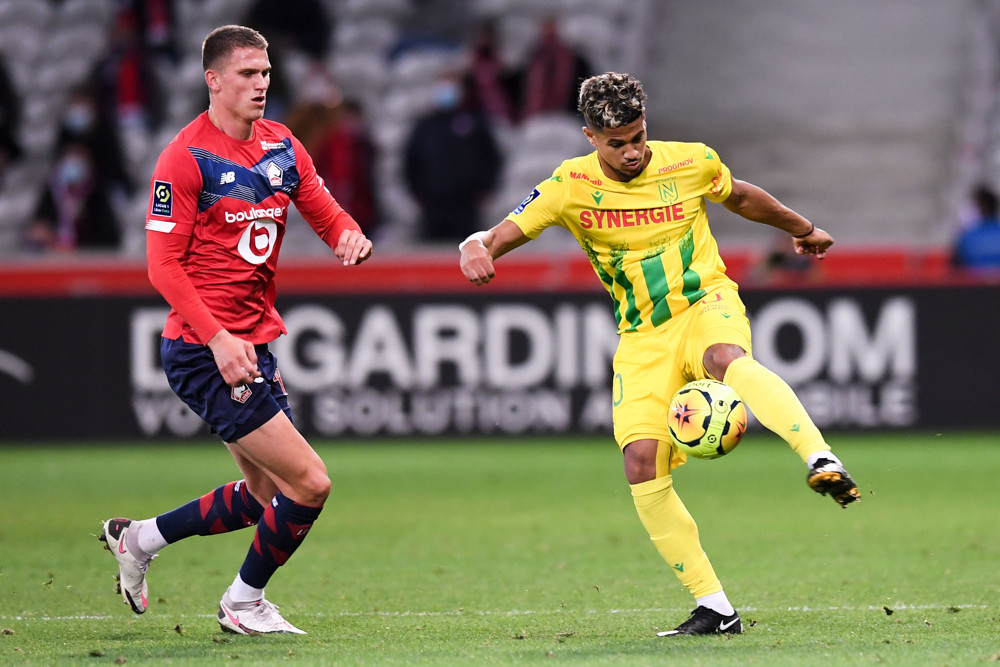 Nantes stepped onto the pitch against Monaco in their last game and earned a one point draw by a score of 1-1. In regard to passing, they ended the game with a 76.5% rate by connecting on 173 of the 226 passing attempts last match. Nantes attempted 16 dribbles in this match and successfully completed 7 of the attempts for a rate of 43.8%.

Concerning shot accuracy, Nantes finished at a 20.0% clip by putting 1 shot on target out of 5 total shots. Nantes has an average of 1.00 goal per 90 (1 goal in total) and have accounted for 1 assist in all competitions this year.

Ludovic Blas is a player who should be able to impact this match for Nantes. Blas has started 120 games during his pro soccer career and accounts for 0.17 goals per 90 minutes. The midfielder from France has 21 goals in 11,122 mins played. He has 16 assists while accumulating 19 yellow card warnings in his career.

Another player who could decide the outcome is Renaud Emond, the forward who is from Belgium. He has helped a teammate on a goal 8 times thus far in his career and he has scored 55 total goals. Emond has totaled 10,862 minutes during 118 starting assignments and has earned himself a total of 15 yellow card cautions. He sports an average of 0.46 goals per 90 so far in his career.

When they last played, Metz finished locked up with a final of 3-3 against Lille. They wrapped up this contest by connecting on 274 of the 353 passes they tried for a rate of 77.6%. Metz ended the game with a 38.1% successful dribble rate by converting 8 of the 21 dribbles they tried. Metz landed 5 shots on target out of 12 shots attempted earning them a 41.7% clip in their last outing. Having accumulated 3 goals and 2 assists for all their games, Metz is averaging 3.00 goals and 2.00 assists per 90 minutes.

Farid Boulaya should be someone to watch for Metz. He is currently averaging 0.18 G/90 and has started 113 contests during his soccer career. The forward from France has earned 10,264 minutes while scoring 21 goals. He has earned 18 yellow card warnings so far in his career and has assisted on a goal 21 times. Be sure to keep an eye out for Vagner, the forward representing Cape Verde. He has earned 17 goals during his soccer career while helping on a goal 5 times. Vagner has been given 9 yellow card warnings in 3,895 minutes (43 career starts). His G/90 average so far in his career is 0.39.