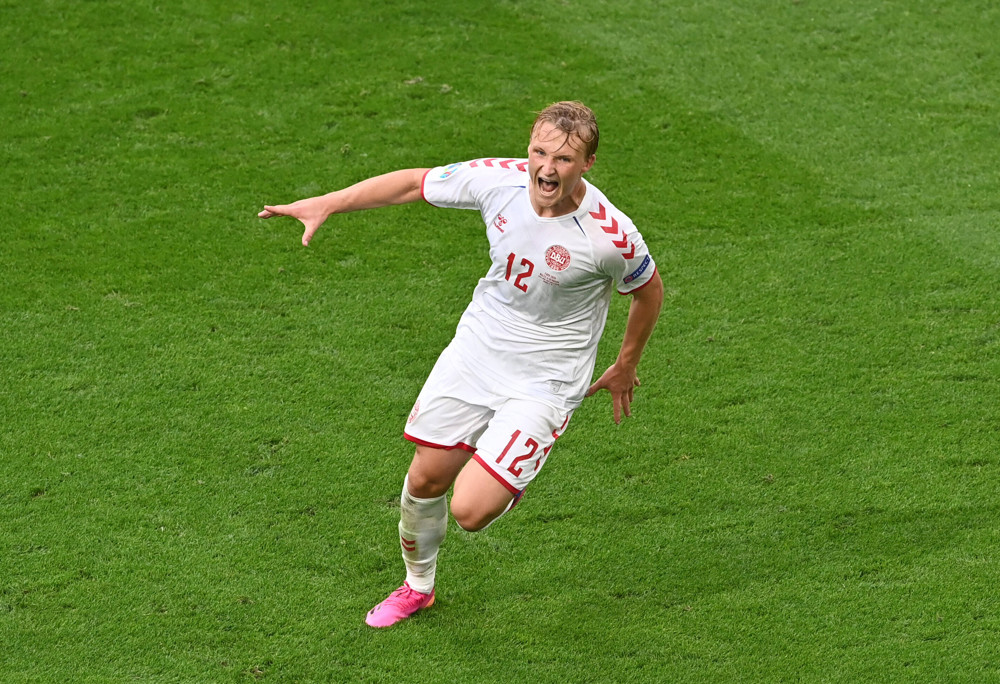 Nice faced Lyon in their last matchup and walked away with a win by a score of 3-2. Nice attempted 27 dribbles in this game and successfully completed 16 of those dribbles for a rate of 59.3%. When discussing the passing game, they earned a 89.3% received passes percentage by connecting on 375 of the 420 targeted passes last contest.

Regarding shot accuracy, Nice finished at a 42.9% rate by landing 6 shots on target out of 14 shots. Nice averages 1.29 goals per 90 minutes (49 goals in total) and have tallied 26 assists in all matches this year.

Kasper Dolberg is a guy who should be able to impact this game for Nice. Dolberg has been a starter in 97 outings in his career and tallies 0.51 G/90. The forward born in Denmark has 50 goals in 8,764 minutes. He has 13 assists while earning 6 yellow cards during his pro soccer career.

One more guy who could decide who wins is Amine Gouiri, the forward who is from France. Gouiri has been on the pitch for 2,831 minutes in 31 career starts and has been handed a total of 5 yellow cards. He has assisted on a goal 7 times so far in his career and he has scored 12 goals. He is averaging 0.38 goals per 90 minutes for his pro soccer career.

The man protecting the net for Nice will be Walter Benitez. Benitez (64-46-59 mark in his career) has tallied 50 shutouts, which has him sitting with a 29.6% shutout percentage. The goalie from Argentina has seen 643 shots tried against him in 169 career starts. His goals against per 90 minutes is 1.29 (192 goals conceded) and he has a save percentage of 73.1%. Benitez has seen the field for 15,245 mins and has tallied 473 stops during his soccer career.

For their last game, Reims took a defeat with a final score of 2-1 against Bordeaux. Reims earned a 38.5% successful dribble rate by completing 5 out of the 13 dribbles they attempted. They wrapped up this outing by converting 517 of the 571 pass attempts earning a rate of 90.5%. Reims converted 3 shots on target out of 9 shots attempted giving them a 33.3% clip in their last outing. With a total of 39 goals and 23 assists for all their matches, Reims is averaging 1.03 goals and 0.61 assists per 90.

Yunis Abdelhamid should provide solid play for Reims. The defender who is from France has 27,216 minutes while scoring 18 goals. He has totaled 40 yellow card cautions during his career and has assisted a teammate on a goal 2 times. He has an average of 0.06 G/90 and has been in the starting lineup in 305 matches during his career. Make sure to keep an eye out for Xavier Chavalerin, the midfielder representing France. Chavalerin has been handed 47 yellow card warnings in 22,048 professional minutes (241 starting assignments). His goals per 90 min average in his career is 0.06. He has scored 14 goals during his pro soccer career while assisting on a goal 19 different times.

Predrag Rajkovic will reside in front of the goal for Reims. Rajkovic has racked up 42 shutouts and has seen 357 shots attempted against him in 9,180 mins throughout his career. He holds a save % of 75.1% and his clean sheet rate is currently at 40.8%. He has surrendered 0.92 goals per 90 minutes and he has a record of 43-34-25. In his career, Rajkovic has given up 94 goals while earning 267 saves in 103 starting assignments.

Parlay's Pundit's Pick: Take Reims (+215) and under the total goals