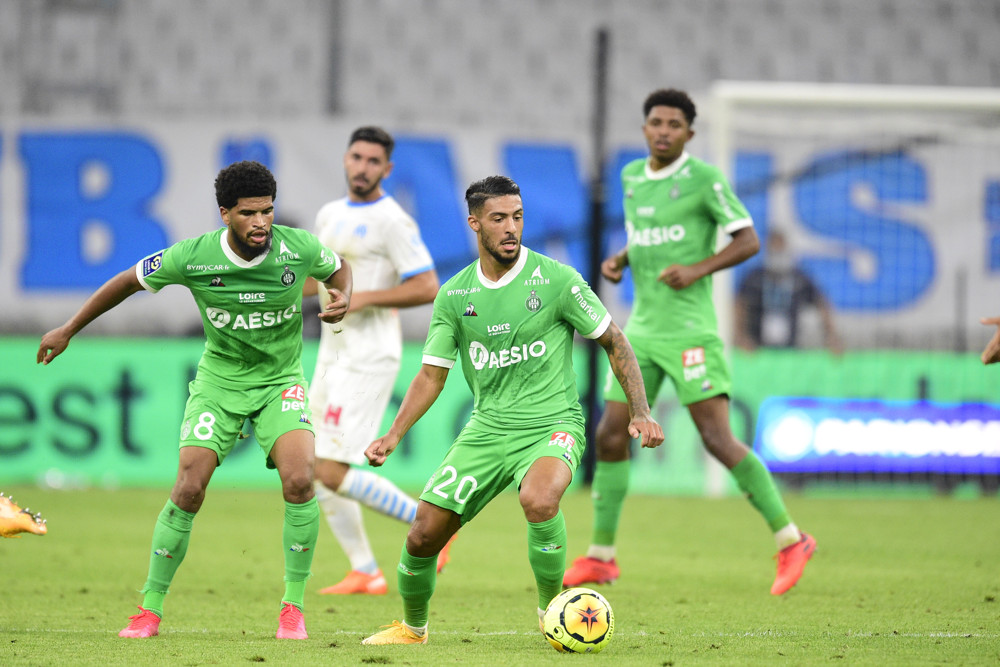 Adrian Grbic and Lorient (11-9-18, 16th in Ligue 1) go to Stade Geoffroy-Guichard on Sunday where they'll take on Saint-Etienne (12-10-16, 11th in Ligue 1). The goalies who are expected to start are Etienne Green for Saint-Etienne and Paul Nardi for Lorient. The line on this matchup has Saint-Etienne priced at -123 and Lorient are at +285. The over/under is set at 2.5.

Saint-Etienne faced off with Dijon in their most recent game and walked away from this one with a loss by a score of 1-0. In regard to passing, they earned a 88.1% received passes percentage by converting 563 out of their 639 targeted passes in their last match. Saint-Etienne tried 29 dribbles in this game and were successful in 17 of the tries for a percentage of 58.6%.

In terms of shooting accuracy, Saint-Etienne walked away from the pitch at a 25.0% clip by putting 5 shots on target of 20 total shots. Saint-Etienne averages 1.05 goals per 90 min (40 total goals) and have tallied 28 assists in all matches for this campaign.

Denis Bouanga is a guy who should be able to impact this match for Saint-Etienne. Bouanga has had a starting assignment in 145 contests so far in his pro soccer career and tallies 0.35 goals per 90 minutes. The forward hailing from France has 51 goals scored in 12,994 minutes played. He has totaled 19 assists while accumulating 23 yellow card cautions during his soccer career.

One more player who should impact this match is Mahdi Camara, the midfielder representing France. He has assisted on a goal 2 times during his career while he has scored 3 total goals. Camara has been on the field for 4,201 minutes during 47 career starts and has been given a total of 6 yellow cards. He currently averages 0.06 G/90 during his career.

The man who is expected to defend the goal for Saint-Etienne will be Etienne Green. Green has played for a total of 720 minutes and is sitting with 18 saves during his pro soccer career. His goals against per 90 minutes is 1.00 (8 total goals allowed) and he is the owner of a save percentage of 75.0%. The goalkeeper from France has had 24 shots sent in his direction in 8 starts. Green (4-1-3 record during his career) has accumulated 3 clean sheets, which leaves him with a 37.5% clean sheet rate.

When they last played, Lorient went home with a draw by a final score of 1-1 against Strasbourg. They finished the match by converting 403 of the 441 passes they tried for a percentage of 91.4%. Lorient had a 45.5% successful dribble percentage by converting 5 out of the 11 dribbles they attempted. Lorient landed 1 shot on goal out of their 7 shots attempted which had them sitting at a 14.3% rate in their last match. With a total of 48 goals and 26 assists for all their matches, Lorient averages 1.26 goals and 0.68 assists per 90 minutes.

Adrian Grbic should provide a spark for Lorient. He scores 0.51 goals per 90 minutes and has been given a starting assignment in 55 matches thus far in his career. The forward born in Austria has totaled 5,666 mins and has scored 32 goals. He has accumulated 11 yellow card cautions so far in his career and has helped a teammate on a goal 4 times. You should also keep an eye on Yoane Wissa, the forward representing France. He has accumulated 45 goals in his career while helping a teammate on a goal 16 times. Wissa has been given a total of 21 yellow card cautions in 10,553 professional minutes (122 starts). His goals per 90 minute average in his career is 0.38.