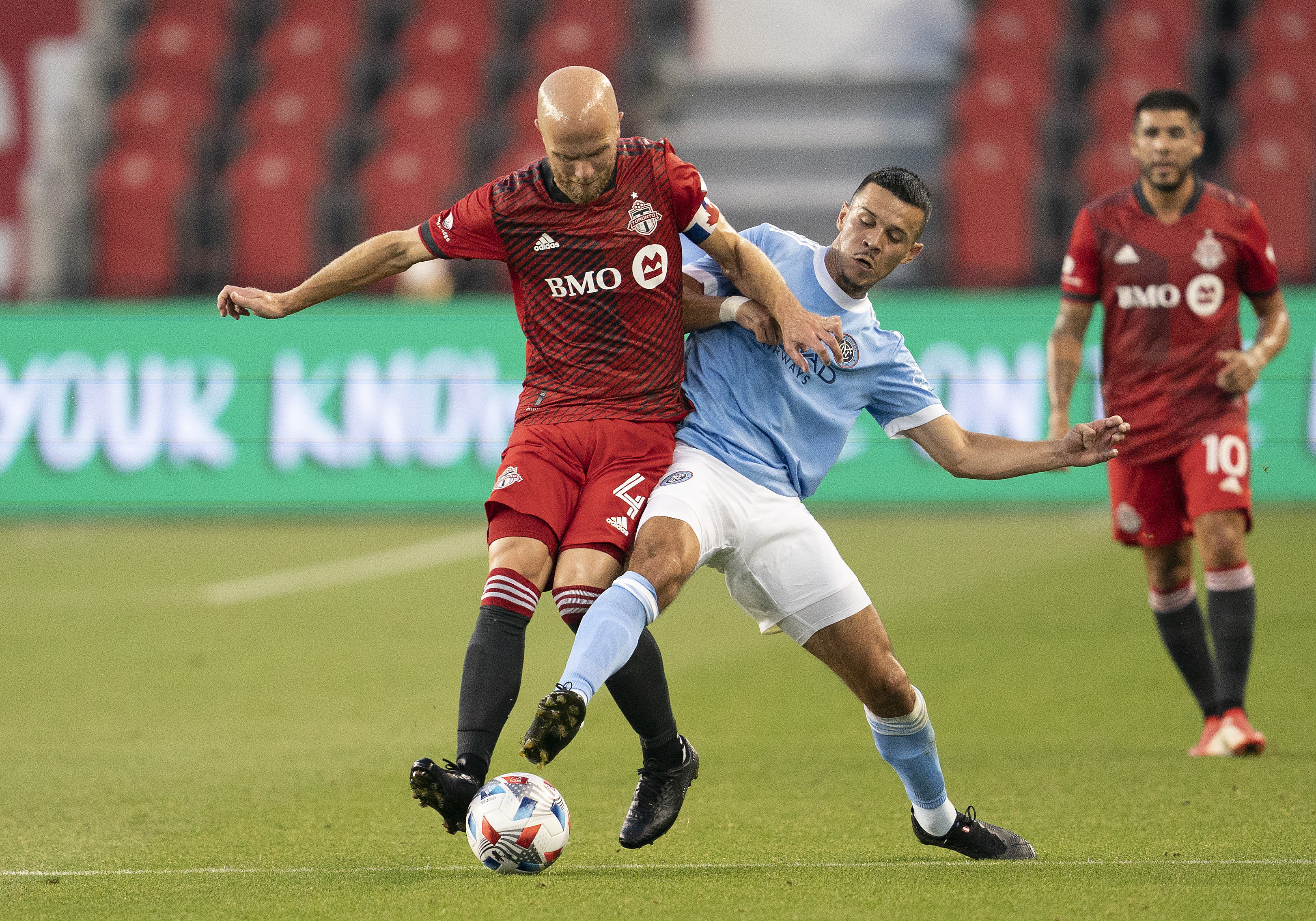 Toronto faced off with New York City in their most recent match and wrapped it up with a draw by a score of 2-2. TFC tried 20 dribbles in this outing and were able to convert 15 of those dribbles for a rate of 75.0%. In the passing game, they finished this match with a 81.5% passes received rate by completing 370 out of their 454 pass attempts in their last game.

In terms of shooting accuracy, Toronto finished the game at a 60.0% rate by putting 6 shots on target out of 10 shots. Toronto is averaging 1.28 goals per 90 min (23 total goals) and have racked up 16 assists in all matches for the year.

Michael Bradley is a player who should be able to impact this match for Toronto FC. He has totaled 36 assists while tallying 79 yellow card warnings during his pro soccer career. Bradley has had a starting assignment in 395 matches during his career while scoring 0.10 goals per 90. The midfielder hailing from the United States has recorded 41 goals in 35,674 professional minutes played.

One more player who could decide who wins is Jozy Altidore, the forward hailing from the United States. He has helped on a goal 29 times during his soccer career and he has scored 117 total goals. Altidore has played 20,986 mins in 237 career starts and has been handed 49 yellow cards. He averages 0.50 goals per 90 minutes for his career.

The man who is expected to protect the net for Toronto FC is Alex Bono. Bono (50-28-36 mark during his career) has earned 24 clean sheets, which has earned him a 21.2% clean sheet rate. The goalkeeper hailing from the United States has had 521 shots attempted at him in 113 career starting assignments. His goals allowed per 90 mins is 1.50 (173 total goals conceded) and he holds a save % of 69.7. Bono has played for 10,347 minutes and has accumulated 360 stops during his career.

The last time they took the pitch, New England took home the win by a final score of 2-1 against Philadelphia. They finished this game by connecting on 452 out of their 501 passes they attempted for a rate of 90.2%. The Revolution earned a 50.0% successful dribble rate by completing 5 out of the 10 dribbles they tried. New England landed 4 shots on goal out of their 14 shots attempted which had them at a 28.6% rate in their last outing. With 34 goals and 26 assists for all their matches, New England sports an average of 1.79 goals and 1.37 assists per 90 minutes.

Gustavo Bou should be someone to watch for New England Revolution. He scores 0.52 G/90 and has started 146 games in his career. The forward born in Argentina has played 13,165 mins while scoring 76 goals. He has totaled 18 yellow cards during his pro soccer career and has helped a teammate on a goal 26 times. Be sure to keep an eye out for Adam Buksa, the forward representing Poland. He has earned 42 goals so far in his pro soccer career while helping on a goal 9 times. Buksa has been given a total of 17 yellow cards in 8,549 mins (93 starting assignments). His G/90 average thus far in his career is 0.44.

Matt Turner will be residing in front of the net for New England Revolution. In his career, Turner has allowed 136 goals while totaling 368 saves in 110 starting assignments. He has surrendered 1.24 goals per 90 while he holds a record of 39-37-34. He has a save percentage of 74.0 and his clean sheet rate is 24.5%. Turner has racked up 27 clean sheets while he has seen 493 shots against him in 9,865 minutes in his career.