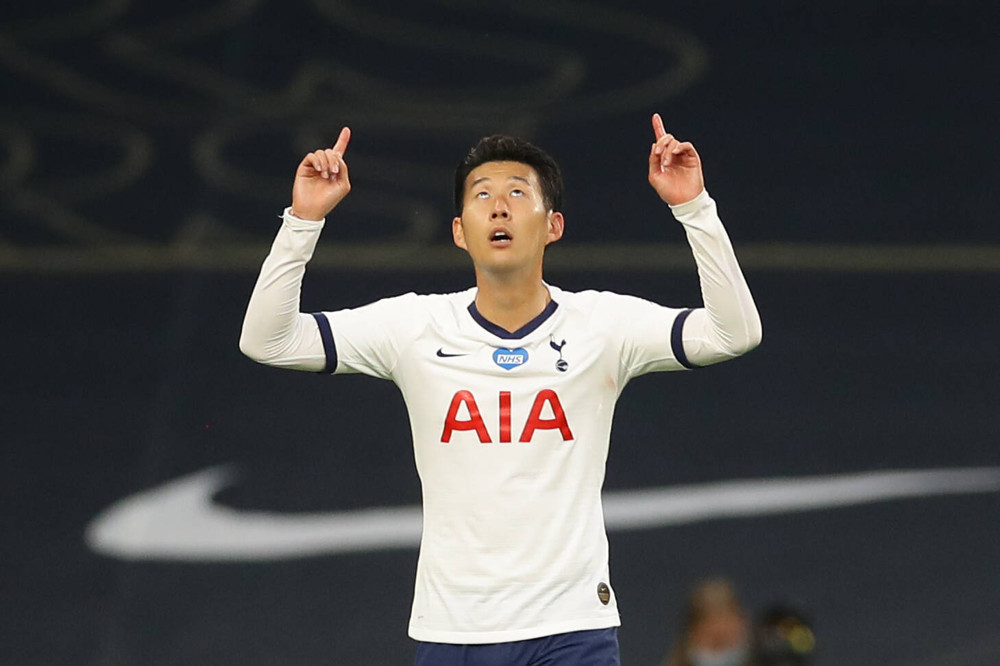 Son Heung-Min and Tottenham (17-8-11, 6th in the EPL) play Manchester City (26-5-5, 1st in the EPL) at Tottenham Hotspur Stadium on Sunday. The expected starting goaltenders will be Hugo Lloris for Tottenham and Ederson for Manchester City. Tottenham are at +370 while the Citizens are priced at -142. The total has been set at 2.75.

Tottenham stepped onto the pitch against Leicester City in their last matchup and went home with a win by a final score of 4-2. When talking about passing the ball, they ended with a 84.9% received passes percentage by converting 426 out of their 502 pass targets in their last game. Tottenham tried 33 dribbles in this game and completed 20 of the tries for a rate of 60.6%.

In terms of shooting accuracy, Tottenham walked away from the pitch at a 36.4% rate by hitting 4 SoT of 11 shots. Tottenham averages 1.74 goals per 90 (66 goals in total) and are sitting with 50 assists in all contests this year.

Son Heung-min is a guy who can be a difference maker for Tottenham. Heung-min has been in the starting lineup in 258 games during his pro soccer career and he scores 0.44 G/90. The forward born in Korea has totaled 111 goals in 22,457 professional minutes played. He has totaled 47 assists while earning 14 yellow cards so far in his career.

One more guy who could decide who wins is Harry Kane, the forward representing England. He has assisted a teammate on a goal 33 times so far in his pro soccer career while scoring 180 goals. Kane has been on the pitch for 23,316 minutes in 261 career starting assignments and has been given 30 yellow cards. He has an average of 0.69 goals per 90 mins for his pro soccer career.

The guy protecting the net for Tottenham will be Hugo Lloris. Lloris has seen the pitch for 46,105 mins and has 1,440 saves during his career. His goals allowed per 90 minutes is 1.0 (535 goals conceded) and he has a save percentage of 73.6. The goalkeeper hailing from France has faced 1,956 shots attempted against him in 516 career starts. Lloris (262-131-120 mark in his professional soccer career) has totaled 180 clean sheets, which gives him a 34.9% clean sheet rate.

The last time they took the pitch, Manchester City took a loss by a score of 1-0 against Chelsea. Manchester City earned a 50.0% successful dribble percentage by converting 13 out of the 26 dribbles they tried. They wrapped up this contest by completing 560 of the 622 attempted passes for a percentage of 90.0%. Manchester City converted 1 shot on goal out of the team's 7 shots tried earning them a 14.3% rate in their last game. Having earned a total of 82 goals and 55 assists for all their games, Manchester City is averaging 2.16 goals and 1.45 assists per 90 minutes.

Jack Grealish will need to be on top of his game for Manchester City. The forward hailing from England has played 16,359 mins while scoring 34 goals. He has earned 38 yellow card warnings during his pro soccer career and has helped on a goal 35 times. He is averaging 0.19 goals per 90 minutes and has been in the starting lineup in 178 matches in his career. Be sure to watch out for Kevin De Bruyne, the midfielder representing Belgium. Bruyne has earned himself a total of 33 yellow card warnings in 27,656 professional minutes played (318 career starts). His goals per 90 minute average so far in his pro soccer career is 0.26. He has accounted for 80 goals during his pro soccer career while assisting a teammate on a goal 137 different times.

Ederson will reside in front of the goal for Manchester City. Ederson has racked up 99 clean sheets while seeing 568 shots against him in 19,502 minutes throughout his career. He is the owner of a save percentage of 72.9 and his clean sheet rate sits at 45.4%. He has conceded 0.78 goals per 90 while he holds a mark of 149-34-35. In his career, Ederson has given up 169 goals while earning 412 stops in 218 starting assignments.