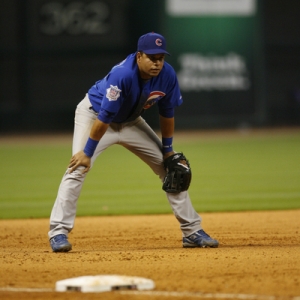 The Chicago Cubs have been one of the most disappointing teams in baseball this season, entering play on Thursday a game under .500 and closer to NL Central doormat Pittsburgh than to division-leading Milwaukee.

Yet the Cubs still are just 6/1 on Bodog to win the NL pennant and 14/1 to win the World Series. Frankly, the time is now for this time, which seems to believe that the return of All-Star third baseman Aramis Ramirez from injury on Monday will cure all those offensive problems.

The pressure is clearly getting to manager Lou Piniella, as he was ejected from Wednesday's 4-1 win over the Pirates. Piniella was arguing a close call at first base and threw his cap after a few choice obscenities toward the umpire.

It was Piniella's first ejection since July 26, 2008. Honestly, fans and the Chicago media were waiting for Piniella to erupt and light a fire under this underachieving team. There even had been talk of Piniella being fired over the all-star break.

The pitching has been excellent for Chicago, as the club had a 3.18 ERA in June - tops in the NL. But the Cubs went just 11-14 last month because of the offense. It was the first month the Cubs finished below .500 since August 2007.

Chicago ranks 27th in the league in runs scored, 27th in batting average and 26th in RBI. Last year, the Cubs led the NL in runs scored.

Milton Bradley has been a bust after signing a three-year, $30 million deal. He's hitting just .238 with five homers and 17 RBI and recently was called a "piece of (expletive)" by a frustrated Piniella. Alfonso Soriano also has been a huge disappointment, hitting. 230 with 14 homers, 32 RBI and an on-base percentage below .300. He hit just .198 in June with two homers and seven RBI. And catcher Geovany Soto, last year's NL Rookie of the Year, has regressed in a big way, hitting .236 with seven homers and 25 RBI.

As for Ramirez, he went on the DL after separating his shoulder on May 8. At the time, he was Chicago's best player, hitting .364 with four homers and 16 RBI in 18 games. Last season he led Chicago with 111 RBI, and he is certainly the team's best clutch hitter.

Ramirez is on a minor-league rehab this weekend and will rejoin the big club on Monday. But even he cautions that he's no savior.

Piniella said Ramirez's presence will give the Cubs a "big lift," but told him not to overextend himself. And that's the problem - Ramirez admits he probably won't be 100 percent the rest of the season, as that shoulder will require offseason surgery.

Oddsmakers still have some faith in the Cubs, and there's plenty of season left. Chicago might even go on a small immediate burst due to the excitement of Ramirez's return, but don't expect too much from a player who is maybe 80 percent healthy. And if the rest of the lineup continues to struggle, his bat won't help matters too much.

"I don't think Rami's going to hit a three-run bomb with nobody on,'' said Soto.