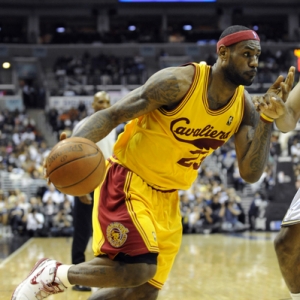 Overview: It seems like the Cleveland Cavaliers have been on an early summer vacation. In years past, this would be because they stood no chance of making it this far in the playoffs and had long been watching them from the comfort of their off-season homes. This year, the hiatus has been because the LeBron James-led club has obliterated each of its first two postseason opponents in four-game sweeps and has had to wait for its chance to resume momentum while the Magic and the defending-champion Boston Celtics slugged it out in an intense seven-game series.

The Cavaliers have been the class of the Eastern Conference - and arguably the entire league - since the first tip-off of the season way back in the winter. With MVP James leading the way, Cleveland got a huge boost from off-season addition Mo Williams, and they finally surrounded James with the type of capable supporting cast that Kobe Bryant now has in Los Angeles but had to wait a few years for it to materialize.

The Cavs play an old-school style of team-oriented basketball that relies on unselfish play and its top-ranked defense to separate from its opponents. When all else fails, the Cavs can always put the ball in the hands of No. 23 and let him take over the game - on both sides of the ball.

The upstart Magic showed a level of maturity by posting an impressive road win in Game 7 against the Celtics. However, it's immaturity that still haunts this team on many levels.

Although Dwight Howard is unquestionably the league's most talented big man, he picked a horrible time to start questioning the judgment of coach Stan Van Gundy, who also was criticized during the season by Shaquille O'Neal of the Phoenix Suns. There were rumors that Van Gundy would be fired if the Magic lost to the Celtics, and it appears there is still some behind-the-scenes discord between this young team and its hard-nosed coach.

The Magic also seem to struggle in late-game situations when the score is close. Rashard Lewis should be their go-to guy in the clutch, but he seems to be a reluctant superstar and the team doesn't do enough to get him in favorable situations. When teams clamp down on Howard, the Magic are prone to freezing up and going through long scoring droughts. If not for this troubling trend, they likely would have finished off Boston in five games.

In conclusion, the Magic still appear to be maybe a year away from reaching elite status, while the Cavaliers have shown they are ready to take the next step.

Value: None. The Magic are dangerous enough that if they can somehow steal a win in Cleveland - an ambitious "if," considering the Cavs lost just twice at home all year - and switch the home-court advantage, this could become a compelling series. However, although the Magic might provide more resistance than the meager Detroit Pistons and Atlanta Hawks combined, it's highly unlikely they will get between Cleveland and its seemingly long-held reservation in the NBA Finals. It would take a lot of cash and a bit of nerve to make a buck from the Cavaliers, but if laying huge chalk on a prohibitive favorite is your sort of thing, this series is for you.