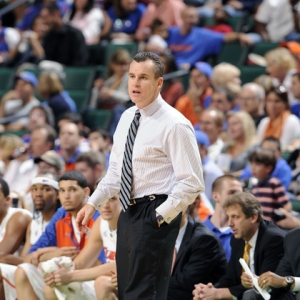 I've always heard that to stay ahead in the Gambling Game you have to be thinking a couple moves down the road. So while I watch March Madness and the NCAA Tournament I'm trying to project guys out into the NBA Draft and their professional careers. And when I watch the NBA Draft I'm just thinking about how it will affect college basketball teams next fall.

For example, Mississippi State isn't going to win the national championship next year. Sorry Bulldogs fans, but it ain't gonna happen. But unlike the bobbleheads in the mainstream media I don't value a team's season based on how they finish in the NCAA Tournament. Instead, I like to focus on performance vs. expectations and go from there. So when I see that Mississippi State was 100-to-1 to win the national title back in April but are now 60-to-1 to cut the nets down next year that tells me that the oddsmakers are on to how good the Dogs will be but still aren't giving them quite the respect that they deserve.

There are at least a dozen other examples of teams that are overvalued or undervalued and whose stock is going up or down in the eyes of the sportsbooks. And by tracking these changing shifts in the perception of the betting public you'll be better equipped to hit the ground running by the time preseason tournaments come around.

Here are some examples of teams whose futures eyes and the changes (or lack thereof) have caught my eye through the last three months of the offseason:

California (+8000 to +8000)
The Golden Bears haven't seen any change to their status in the eyes of the books even though they have had one of the best offseasons of any team in the Pac-10. They are presently the team with the sixth-best odds coming out of the Pac-10 when, in my mind, they are the preseason favorite to win the league and a surefire, no-doubt Sweet 16 team next season. Arizona State (+7500) and Washington (+5000) are both "rated" above the Bears despite the fact that each lost its heart and soul best players and all-league performers. Arizona (+2000) is rated as four times the value of Cal despite the fact that UA lost two first-round draft picks and the fact that Cal beat them twice last year. Exceptional value on this sleeping giant.

Baylor (+5000 to +3000)
Someone obviously likes the Bears. Their odds have nearly been cut in half since the end of the season even though they lost five seniors and three of their top five scorers from a team that didn't even make the NCAA Tournament last year. This all is telling me that the Bears will again be overrated and a great team to fade heading into the season.

Florida (+1500 to +1500)
Wait, so you can lose a former conference Player of the Year to a Greek club team and not see your odds drop at all? Really? The bottom line is that Billy Donovan caught lightning in a bottle for two years with two great teams. But before and after that he has fielded nothing but selfish, underachieving teams. I think we're clearly in for another one this fall but the oddsmakers are slow to react.

Syracuse (+1200 to +1200)
On April 10 the Orange were looking at a preseason Top 3 ranking and were a virtual lock for a Big East championship, No. 1 seed and a Final Four berth. Now they lost their best two players - including a lotto pick point guard - and another valuable veteran contributor. Syracuse is headed for mediocrity with the team that they have right now yet their odds haven't budged. Once again - overrated.

Wake Forest (+1800 to +4500)
The loss of Jeff Teague and James Johnson to the NBA Draft has obviously had quite the impact on the prospects for the Demon Deacons this year. Their odds have more than doubled since losing their two best players and it looks like they will be shuffled back to the middle tier by the oddsmakers.

Mississippi State (+10000 to +6000)
James Varnado announced that he would be returning to Starksville and that is a crucial piece in the Bulldogs puzzle. Also, the Bulldogs added highly-touted recruit Renardo Sidney to the fold of a team that is very experienced. Further, if you look at the coaching changes and the personnel losses of some of the other teams in the SEC West and this will put State in the driver's seat. State offers six times the payout of West foe Alabama and their odds are three times as high as LSU's but I think it's clear that the Bulldogs are head and shoulders above either.

Here are some other teams whose odds haven't changed but who are significantly better off since the first week of April, meaning teams that are undervalued:

Here are some teams whose odds haven't changed but who are significantly worse off since the first week of April, meaning teams that are overrated: