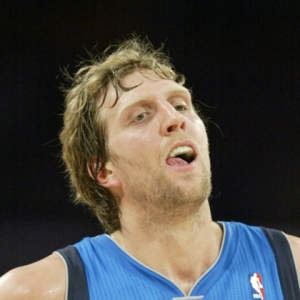 Here is a look at a key series that is taking place in the Western Conference between the San Antonio Spurs and Dallas Mavericks, including a prediction on the winner:

Overview: Both teams head into this series with momentum at their backs and led by aging superstars ready for one more run at a title. The battle-tested Spurs have won four in a row, and clinched the third seed in the conference with an overtime win Wednesday over the New Orleans Hornets. Despite missing Manu Ginobli because of a season-ending injury and with Tim Duncan battling his own ailments, the Spurs appear as prepared as they can be for another playoff run. However, San Antonio has limited depth and limited experience among its starters outside of Duncan and point guard Tony Parker. San Antonio’s second-ranked scoring defense (93.3 points per game) has carried the load this season while the offense has struggled to maintain consistency. The Spurs are No. 23 in the league at 97 points per contest.

Under first-year coach Rick Carlisle, the Mavericks were slow to get going but have come together at the right time. They have won 11 of their past 15 and seven of their past nine, defeating playoff-bound Houston with an impressive fourth-quarter surge Wednesday.

The difference for Dallas under its new coach is an emphasis on defense. The Mavericks have quietly built a respectable defense that ranked No. 15 in the NBA at 99.8 points per game. This is a huge improvement for a franchise that previously relied strictly on its offense to win games. Averaging nearly 26 points and 8.5 rebounds per game, Dirk Nowitzki would be in the MVP conversation of the league wasn’t so superstar top-heavy this year with the likes of LeBron James and Kobe Bryant. Jason Kidd also has had a solid year. Sharpshooter Jason Terry, likely the NBA’s Sixth Man of the Year, and versatile forward Brandon Bass give Dallas one of the league’s most explosive second teams.

Value: For even money or a little better, you have to like the Mavericks here to win the series. They are healthier, slightly younger and playing better than the Spurs at this point. San Antonio used to own this series because, at the end of the day, the Spurs could defend and rebounds and the Mavericks could not. While San Antonio still has an edge in toughness, and you can’t dismiss the home-court advantage, the Spurs might not have enough firepower to match Dallas, which has added defensive stops into its formula for winning games.

Guys like Matt Bonner, Roger Mason Jr., and a fading Michael Finley form a relatively weak starting core outside of Duncan and Parker. The Mavericks likely will challenge these players to beat them and it’s unlikely they can do so. Like an aging boxing champion who can’t quite get his fists to move as fast as his mind, San Antonio is certain to not go down without a fight. But it would be a surprise if the Spurs find a way to move on.