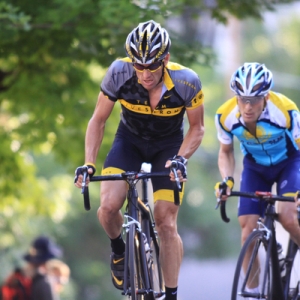 The 2009 Tour de France gets underway this week, and for the first time since 2005 a lot of Americans will actually care. That was when Lance Armstrong retired after winning seven straight editions of the race. As you surely know by now, Armstrong has made his return to action, and with him he has brought some real drama and intrigue to this race.

One of the interesting features of the Tour de France is that the route changes every year, and the format is often tweaked as well. This year, the start of the race returns to Monaco for the first time in 45 years. The early format will also be different, with stage four being a team time trial. That obviously gives the stronger teams a big advantage, so Armstrong and his Astana compatriots are almost certain to gain an early edge here. After leaving Monaco the race will travel through Spain, and will make a stop in tiny Andorra as part of a punishing mountain stretch in the Pyrenees early in the second week. There will be three big climbing days in the Pyrenees, and the third features two classic climbs that should really thin out the pretenders.

After that, the tour features the typical alpine stages and grueling challenges, and it will offer a couple of particular challenges that will be worth watching. First, there will be a day that sees the racers start in Switzerland and pass through Italy on the way to France. The last several kilometers of the stage are straight down the backside of a pass. Tired racers plus steep slopes should make for some crazy wipeouts - especially if it rains. Finally, the second last stage should be absolutely brilliant. The last few stages have typically been a slow cruise through the flats - really just a victory lap for the winner. Now, though, the penultimate stage will feature a deadly climb up to the top of a mountain. It is very possible that the race won't be decided until that final climb. If it's close then we could really see a thrilling duel.

As you might expect, the story of the race centers around Armstrong and his Astana team. Armstrong is the second betting choice in the field at 4/1 (all odds are from Bodog). Ahead of him is teammate Aberto Contador at 11/10. Contador won the Tour in 2007, and is at the top of his game again.

You would think that having the two best riders in the race would be a huge advantage for Astana, and in some sports it would be. Cycle racing is much more of a team sport than it seems, though, and teams work best when they can unify behind one leader and do everything they possibly can to ensure that that leader is put in a position to win. The problem here is that that leader isn't clear, and the two top riders don't truly seem to like and trust each other. Contador has officially been named the leader of the team, and so he should be the one who will be given top priority.

Armstrong says that he is willing to ride support for Contador, but with one big condition - he'll only do it if the Spaniard seems likelier to win. In other words, Armstrong wants to win badly. Armstrong excels on punishing climbs, so this route sets up well for him as well. Add in four other teammates who have all finished in the Top 10 on the Tour and you have a very precarious group of egos.

It will go one of two ways for Astana - they will either amaze us with their dominance, or it will all explode in a messy pile of rubble. Because of that uncertainty it's hard to bet on either of the favorites. Armstrong may not get the chance to justify his price, and he may not still have it in him even if he does, and the team issues rob Contador of real value even though he is a very legitimate favorite. Despite that, I firmly believe that Astana has the race in their hands and will be able to determine whether they win it, or if someone else will.

Contador and Armstrong are the most prominent contenders, but they are far from the only ones. Andy Schleck (7/1) leads the Saxo Bank team along with his brother Frank. He was 12th last year and has shown tremendous form this year, so he is a legitimate contender. Like Astana, Saxo Bank is stacked with talent and will have to find a way to keep egos in check and work as a team. Cadel Evans (9/1) is a sprint specialist who obviously has a feel for this race - he has finished second each of the last two years. His team has been hit hard by scandal though, so he will essentially have to win it alone. I wouldn't bet on that happening. Denis Menchov (14/1) is a climbing savant who will be well suited to this course. Unlike the other top contenders, Menchov is backed by a solid team that is singularly committed to seeing Menchov succeed. At this price he offers reasonable value. Carlos Sastre (18/1) is the defending champion, but Contador wasn't in the race last year, and it seems hard to imagine Sastre finding the form to win again.