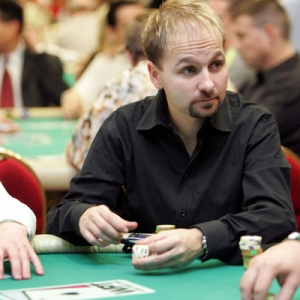 The World Series of Poker has been underway since May 27 at the Rio in Las Vegas. So far 56 different events have been held, with buy-ins ranging from $500 to $50,000. That means that there is just one more event left to start, and it's the one that everyone cares about - the Main Event.

There's no way to know for sure how many people will play in the no-limit hold 'em event with a $10,000 buy-in, but attendance has been strong this year despite the recession, so it seems reasonable to assume that the crowd will be close to the 6,844 that gave it a try last year. If we have learned anything over the course of last few years it's that picking a winner in this crazy event is next to impossible - the last seven winners were virtual unknowns before they won their bracelets and their millions. The unpredictability doesn't mean that we can't bet on the event, though. There are a number of prop bets available that are both interesting and potentially hold some value as well.

The Main Event will begin on Friday, and there will be four different starting days to accommodate all of the players. It's scheduled to take until July 15 to play down to a final table of nine players. As they did for the first time last year, those nine players will have to wait until November to play the final table. That way ESPN can televise the Main Event live after it has shown everything that happened to whittle the field down. That idea was greeted with skepticism last year, but the so-called November Nine became stars and the event was huge success.

Without further ado, let's look at some of the props (all odds are from Bodog):

Which former Main Event Champion will last longest this year? - This group includes an interesting mix of players. There are the seasoned pros like Chris Ferguson and Scotty Nguyen who are always dangerous, the wily old-timers like Doyle Brunson and Dan Harrington who might have stamina issues but have forgotten more about poker than most players know, and the total outsiders like Chris Moneymaker, Jerry Yang and Jamie Gold who had done little before their win and have done little since. The co-favorites here are Fergson, Phil Hellmuth, and Peter Eastgate, last year's winner, at 9/2. None of those guys are in very good form right now. Eastgate hasn't finished in the money yet this year at the WSOP, Ferguson has just one small cash, and while Hellmuth has won, none have been particularly impressive. I'd give Hellmuth the edge, but none of them offer much value.

Far more interesting to me is Huck Seed at 7/1. He's been to two final tables so far this year, and he's a dangerously good player when he is focused. Scotty Nguyen at 7/1 isn't playing well this year, but he seems to get hot when it matters most and would also be a good bet. Greg Raymer started the season with a big score in the first event, but has been stone cold since then, so it is hard to know if 7/1 is a worthwhile investment or not.

Will a celebrity cash in the Main Event? - Celebrities like to dabble in poker, and several play the main event. This prop lists 12 celebrities, and pays 3/1 if one cashes (cashing typically requires a player to finish in the top 10 percent). For my money, this one is worth a shot. Players like Shannon Elizabeth and Jennifer Tilly are proven tournament players with legitimate game. Godsmack vocalist Sully Erna was the last celebrity standing in both 2006 and 2007, and he made a profit of almost $45,000 those two years. Tobey Maguire has cashed before, and is reportedly a very good player. James Woods is respectable, Ben Affleck can play, and even Montel Williams made a deep run a couple of years ago.

Last longer - Tom Dwan or Patrik Antonius? - Dwan and Antonius are currently playing a high-profile, high-stakes heads-up match online. Dwan just pulled ahead there, but it's hard to find much difference between the two players. Antonius seems to have little patience for tournament play - he prefers the cash side games. Dwan doesn't play a lot of tournaments, either, but he might be a bit more focused on this one, so he probably has a bit of an edge here. Both players are at -120, so neither is hugely attractive.

Last longer - Annie Duke (+130) or Daniel Negreanu (-170)? - These are two players who really don't like each other. Duke is more famous recently for being on "Celebrity Apprentice," but she has a long history of poker success. Negreanu is the most popular player on the planet. Negreanu has an edge - he has already cashed seven times in the WSOP this year, and is the better player overall. I'm not sure, though, that this price is accurate. Negreanu has been weak at no-limit this year, and has repeatedly called the game boring and frustrating. He either goes deep or flames out quickly, and he doesn't have a long history of Main Event success. Duke has been to a final table this year at the WSOP, and she made a Main Event run in 2006. Negreanu's edge isn't as big as it appears, so I see some value in Duke.