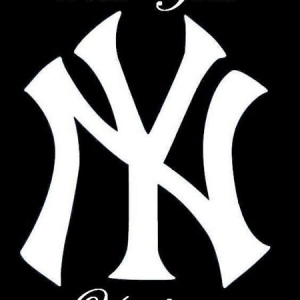 The New York Yankees played their first home game of the 2009 season on Thursday, beginning a new era as they threw out the first pitch in the new Yankee Stadium. Unfortunately for the Bombers and their backers, New York fell 10-2.

The Yanks are now 10 games in, all road games prior to Thursday’s outing and Friday’s afternoon start, and sport a 5-5 mark in those contests, placing them in the middle of the AL pack.

Sportsbetting.com reported that the Yankees took over 75 percent of the action wagered on their first two games in a new stadium, with the ‘over’ taking 65 percent of the action or greater in each contest. Look for these trends to continue as the Yankees remain the most public wager in the Majors. And when you throw in their new stadium and the big names that they are trotting out on the hill each day I think that we should also expect a lot of -200 lines or higher this year out of the Bronx.

Here are some other happenings from around the Majors:

- An early surprise has been the Seattle Mariners. They only won 61 games last year (and lost 101) but currently, they are the toast of the AL West with a record of 7-3.

One of the reasons for the M’s profitable ways, thus far in the season, is their record against divisional opponents.

Seattle is a near-perfect 5-1 SU against teams from within their own division and is coming off an 2-1 series win over the L.A. Angels, who were -124 favorites and last year’s division champions.

The Mariners will begin a three-game set against the Detroit Tigers tonight and in Seattle’s last 20 home games against the Tigers, it is merely 8-12 SU.

- Favored at +140 to win the division, the Boston Red Sox are a paltry 3-6 and currently are cellar dwelling in the AL East.

In Beantown, the BoSox’s rotation has left something to be desired with a team ERA of 5.02 and they have just put ace Daisuke Matsuzaka on the 15-day DL with an apparent right shoulder injury.

You had to know something was wrong with Dice-K. Last year he was amongst the best starting money pitchers in the majors, going 23-6. Through two starts this year, Matsuzaka is 0-2 with an ERA of 12.79.

Boston will begin a four-game series against the Baltimore Orioles tonight and could very well get back on track—the Red Sox are 14-6 in their last 20 home games against the O’s, including five-straight wins.

- The Florida Marlins didn’t do too badly last season going 84-77. Yet this season they were listed at +400 to take the NL East division.

The Marlins currently sit atop the NL East standings and also own the best record in all of the majors at 8-1 and all eight of those games have been against divisional opponents.

Florida’s first stint against non-NL East opposition comes Monday when it begins a set with the Pirates in Pittsburgh and in Florida’s last 20 games in Steel Town, it is 7-13 SU.

There are tons of baseball prop wagers on the card for tonight’s action. You can check them out at the sportsbook