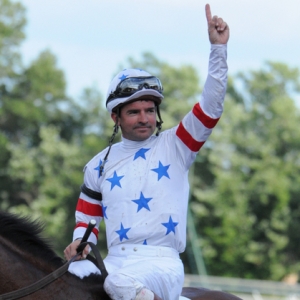 The field is set for the final jewel in this year's Triple Crown. After seeing 19 horses contest the Derby and 13 give the Preakness a shot we are down to just 10 for the Belmont. Though superstar filly Rachel Alexandra won't be in the field, it's still a very compelling and surprisingly deep event. It's a sign of how tight the event could be that the longest shot on the board was installed at just 20/1. That's nothing compared to some of the prices we have seen from winners and also-rans in recent years.

As I have looked at this race and how it is going to go down, I have been asking myself several questions. Here are five, and my take on them:

Is Mine That Bird for real? - This is the big one. Like virtually everyone else on the planet I gave this horse no credit coming into the Derby, and I was totally shocked by what he pulled off. The more I have watched the replay of that race, though, the more impressed I have been. He was running like the wind at the end of the grueling event, and he showed impossible courage pushing through the gaps he found. The last several races he ran before the Derby gave no indication of the horse's capabilities, but his win was, I am now convinced, no fluke. That opinion has been further reinforced by his Preakness effort. He didn't win, but he was again closing very fast, and he showed tremendous courage again when he was forced to overcome running into a wall of horses. This horse is bred to run this race - his sire won the race just five years ago - and he has the heart and determination that it takes to win it all. I have very little trouble imagining this horse crossing the line first.

What's the pace going to look like? - There's a good chance that this race could be a mess. There's no horse in the race that typically likes to be on the lead early on. Miner's Escape is the closest - he typically sits just behind the leader. There are also at least seven horses that prefer to sit well off the pace and then mount a late charge. They can't all sit off the pace if there is no pace to sit off of. That could lead to a couple of possible situations. One possibility is that a horse could decide to run beyond their style and press the pace early on. If that doesn't happen, and I'm not convinced it will, then the race could look a lot like the 2007 race did. In that race, the early pace was totally lethargic, leaving Curlin and Rags To Riches totally fresh to launch their bid at the top of the stretch and engage in an epic duel. I can't promise an equally great stretch drive this time around, but I can certainly imagine a race that sets up well for the best horses to be at their best down the stretch.

Does Charitable Man justify his price? - He's a very popular choice in this race, and he's all the way down to 3/1. Is he worth it? With some hesitation, I say no. He's got a lot going for him - his trainer has won the race, he's bred well for the distance, and he's 2-for-2 on this track. Despite that, though, I have some real doubts. He's only run around two turns once, and he was disastrous. He's too raw and green because of the seven months he lost to injury to be trusted here at this distance. If the horse was at 8/1 or higher then I would really like him. At this price I don't see a lot of value.

What about Dunkirk? - In a word, no. Again, there is absolutely no value in his price. When I saw this horse win an allowance race at Gulfstream in February I was very impressed. That has consistently faded since then. He showed in the Derby that he was too raw and inexperienced to achieve his full potential. Since that race he has had a five-week break. I just don't see how he has become more mature and ready to run in the last month, and he certainly wasn't ready for this challenge the last time we saw him. I'll consider him lower down in exotics, but this is not a horse I will bet to win.

Longshots? - There are a couple I like. You can't really call Chocolate Candy, at 10/1, a longshot, but I include him here because his price is much higher than I was expecting. If he goes off at anywhere near this price then he's a great value - especially in exotics. The other one I like is Summer Bird. His sire is Birdstone, the 2004 Belmont winner who has already proven his worth as a sire with Mine That Bird. Like the Derby winner he's a closer who would like to be far back early on. He made a very solid and underappreciated move in the Derby, and he has worked very well since then. He's also made a huge upgrade in jockeys - Kent Desormeaux gets the nod this time. The pace should set up well for him, and he could certainly be a factor. Again, at 10/1 he's not a huge longshot, but he'd provide real value in exotics if he hits the board.

The final word - I think that this race is Mine That Bird's to lose. He's proven himself, he should handle the distance, and the pace will set up reasonably well for him. He's the horse I like most in this race, and it's not even close. Given his price - I expect him to be bet down to 3/2 or so - I don't think a win bet is going to be particularly attractive. Instead, I'll likely look to key him in first on top of the trifecta and superfecta. That will make those bets a comparative bargain, and increase the chances of return. Underneath him I would have to include Charitable Man and Dunkirk as well as Summer Bird and Chocolate Candy. Flying Private and Brave Victory would also get consideration for third and lower.