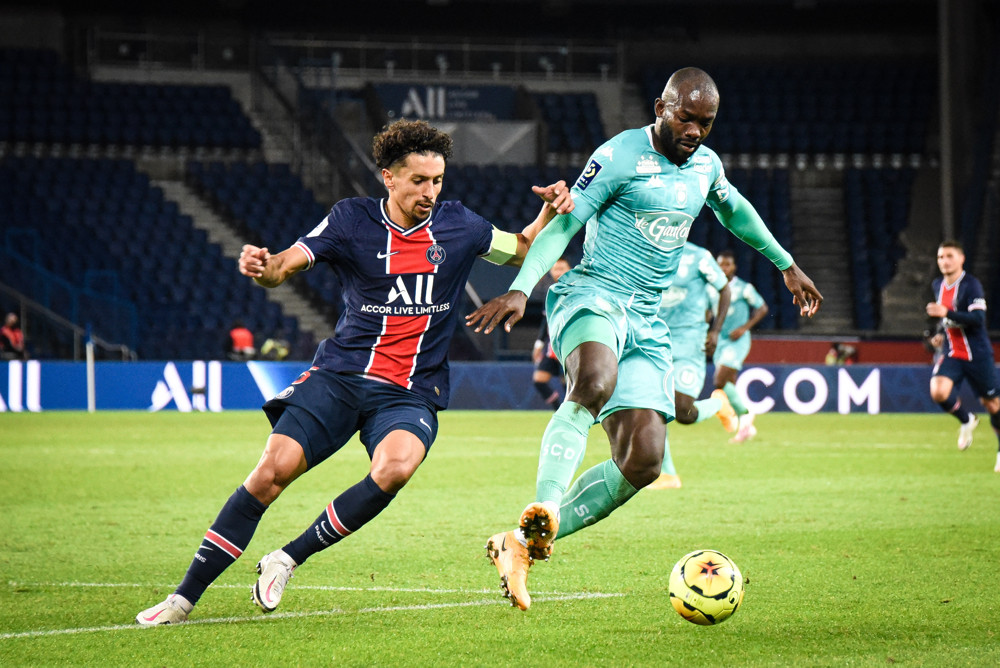 Angers took the field against Strasbourg in their most recent match and walked away with a win by a score of 2-0. Angers attempted 29 dribbles in this game and completed 14 of the tries for a rate of 48.3%. In regard to passing, they earned a 81.3% passes received rate by converting 338 out of their 416 pass targets last game.

In relation to shooting accuracy, Angers walked away from the pitch at a 22.2% clip by hitting 2 shots on target out of 9 shots. Angers is averaging 2.00 g/90 (2 total goals) and are sitting with 2 assists in all matches this season.

Sada Thioub is a guy who should impact this matchup for Angers. He has 13 assists while earning 15 yellow cards in his pro soccer career. Thioub has started 91 matchups during his career and he has earned 0.14 goals per 90 mins. The forward representing France has 13 goals in 8,641 professional minutes played.

Someone else who should impact this match is Stephane Bahoken, the forward who represents France. He has assisted on a goal 8 times so far in his pro soccer career while he has scored 38 goals. Bahoken has totaled 8,633 mins in 98 career starting assignments and has been given a total of 21 yellow cards. He scores 0.40 goals per 90 thus far in his career.

The man who is expected to protect the net for Angers is Paul Bernardoni. Bernardoni has been on the pitch for 14,534 minutes and has 464 saves during his soccer career. His goals against per 90 mins is 1.45 (234 total goals allowed) and he is the owner of a save percentage of 68.7%. The goalkeeper hailing from France has faced 684 shots sent his way in 162 starts. Bernardoni (55-40-67 mark during his soccer career) has recorded 44 shutouts, which has earned him a 27.2% shutout percentage.

For their last game, Lyon were able to avoid a loss with a score of 1-1 against Brest. They finished this game by converting 651 of the 716 passing tries for a percentage of 90.9%. Lyon ended the game with a 52.4% successful dribble percentage by converting 11 of the 21 dribbles they attempted. Lyon converted 5 shots on target out of the team's 18 shots attempted which gave them a 27.8% rate when they last stepped onto the pitch. Having accumulated 1 goal and 1 assist for all their games, Lyon sports an average of 1.00 goal and 1.00 assist per 90 min.

Karl Toko Ekambi should provide solid play for Lyon. He scores 0.41 G/90 and has started 200 outings thus far in his career. The forward from France has played 17,589 professional minutes while scoring 81 goals. He has earned 15 yellow card cautions in his career and has assisted on a goal 25 times. You should also watch out for Tino Kadewere, the forward hailing from Zimbabwe. Kadewere has been handed a total of 13 yellow cards in 8,004 minutes played (90 starts). His goals per 90 min average so far in his career is 0.54. He has 48 goals in his pro soccer career while assisting a teammate on a goal 16 times.

Parlay's Pundit's Pick: Take Lyon (-114) and under the total goals