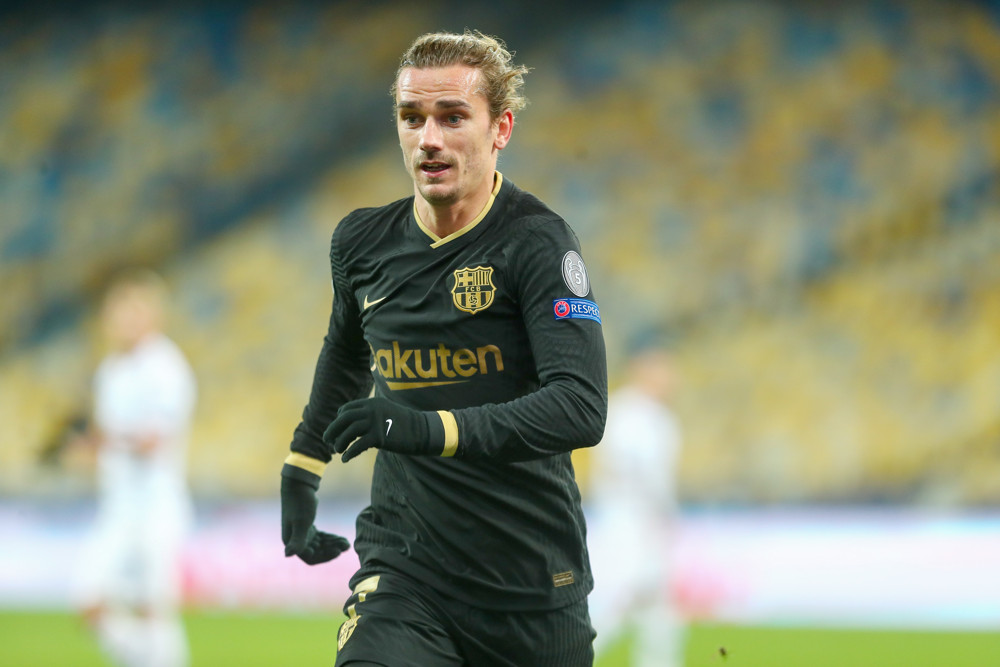 Antoine Griezmann and Barcelona (24-7-7, 3rd in La Liga) host Real Sociedad (17-11-10, 5th in La Liga) at Camp Nou on Sunday. The goalies who are expected to start are Marc-Andre ter Stegen for Barcelona and Alejandro Remiro for Real Sociedad. Barcelona are priced -232 while the Whites and Blues are at +639. The over/under has been set at 3.25.

Barcelona faced Eibar in their most recent game and notched a win by a score of 1-0. In regard to passing, they ended with a 89.0% received passes percentage by converting 644 out of their 724 pass attempts last match. Barcelona tried 13 dribbles in this game and were successful in 9 of the tries for a rate of 69.2%.

In terms of shooting accuracy, Barcelona finished at a 42.9% rate by putting 3 shots on target of 7 total shots. Barcelona averages 2.11 g/90 (80 total goals) and are sitting with 51 assists in all matches for the year.

Antoine Griezmann is a guy who should impact this matchup for Barcelona. Griezmann has started 386 outings during his career and accounts for 0.44 G/90. The forward born in France has racked up 162 goals in 32,910 mins played. He has accounted for 58 assists while earning 62 yellow card warnings so far in his pro soccer career.

Another guy who could decide the outcome is Memphis Depay, the forward hailing from Netherlands. He has assisted on a goal 55 times so far in his career while he has scored 104 goals. Depay has played 17,821 minutes during 195 career starting assignments and has been given a total of 20 yellow cards. He currently averages 0.53 goals per 90 during his soccer career.

The man who will protect the net for Barcelona will be Marc-Andre Ter Stegen. Stegen has seen the pitch for 25,999 minutes and has tallied 870 saves during his pro soccer career. His goals against per 90 minutes is 1.0 (285 goals surrendered) and he has earned a save % of 76.1%. The goalkeeper hailing from Germany has faced 1,142 shots tried at him in 289 career starts. Stegen (178-62-49 record in his career) has tallied 111 shutouts, which gives him a 38.4% clean sheet rate.

Alexander Isak will be someone to watch for Real Sociedad. He is currently averaging 0.64 goals per 90 minutes and has been a starter in 79 games so far in his career. The forward from Sweden has totaled 6,927 mins and has earned 49 goals. He has accumulated 11 yellow cards in his career and has assisted on a goal 10 times. Be sure to watch out for Portu, the forward born in Spain. He has tallied 55 goals so far in his career while assisting on a goal 27 different times. Portu has earned himself 37 yellow card warnings in 20,030 minutes (227 starts). His goals per 90 minute average thus far in his career is 0.25.

Alejandro Remiro is expected to look after the net for Real Sociedad. During his career, Remiro has allowed 154 goals while totaling 370 saves in 141 starting assignments. He has allowed 1.10 goals per 90 while earning a record of 59-32-49. He is the owner of a save percentage of 72.7 and his shutout rate is currently 29.8%. Remiro has racked up 42 clean sheets and has defended 513 shots against him in 12,623 career minutes.