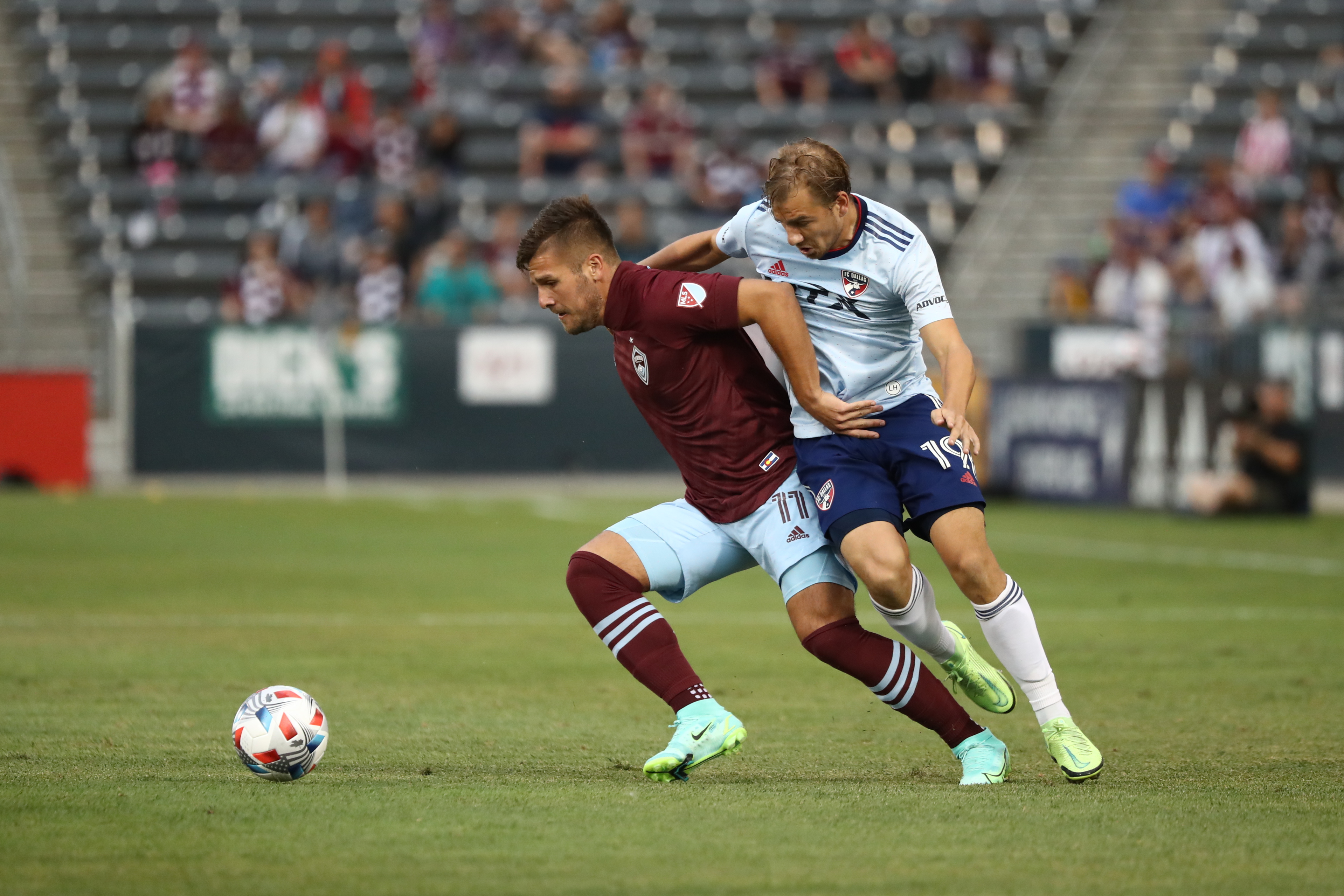 Colorado faced Austin in their most recent match and notched a win by a score of 1-0. When talking about passing the ball, they ended the game with a 84.8% passes received percentage by connecting on 308 out of their 363 pass attempts in their last game. The Rapids attempted 18 dribbles in this outing and completed 13 of those attempts for a rate of 72.2%.

In relation to shooting accuracy, Colorado finished at a 37.5% rate by putting 6 shots on target out of 16 total shots. Colorado sports an average of 1.40 goals per 90 minutes (21 goals in total) and have racked up 15 assists in all contests this year.

Diego Rubio is a player who should be able to impact this game for the Colorado Rapids. Rubio has been given a starting assignment in 102 outings during his career and has 0.42 goals per 90 mins. The forward representing Chile has totaled 44 goals in 9,397 professional minutes. He has accounted for 22 assists while accumulating 36 yellow cards so far in his career.

Someone else who should impact this game is Michael Barrios, the forward hailing from Colombia. Barrios has earned 15,032 minutes in 173 career starts and has been handed a total of 23 yellow cards. He has assisted on a goal 40 times during his pro soccer career and he has scored 35 goals. He is averaging 0.21 goals per 90 mins during his career.

The guy who will defend the goal for Colorado Rapids will be William Yarbrough. Yarbrough (67-44-63 record in his career) has earned 48 clean sheets, which gives him a 27.4% clean sheet rate. The goalkeeper hailing from Mexico has faced 798 shots sent in his direction in 175 career starting assignments. His goals allowed per 90 mins is 1.37 (239 total goals given up) and his save percentage is 72.9. Yarbrough has been on the pitch for a total of 15,705 mins and has 569 stops so far in his pro soccer career.

For their last outing, Kansas City went home victorious with a score of 4-1 against Los Angeles. Sporting KC earned a 31.3% successful dribble percentage by connecting on 5 out of the 16 dribbles they attempted. They finished the contest by connecting on 343 out of their 405 attempted passes earning a rate of 84.7%. Kansas City landed 5 shots on goal out of their 9 shots tried earning them a 55.6% rate when they last took the field. With a total of 33 goals and 20 assists in all competitions, Kansas City has an average of 1.94 goals and 1.18 assists per 90 min.

Daniel Salloi should be someone to watch for Sporting KC. The forward born in Hungary has played 9,030 professional minutes while earning 33 goals. He has earned 10 yellow card warnings so far in his pro soccer career and has helped on a goal 21 times. He is averaging 0.33 goals per 90 mins and has started 98 matches so far in his pro soccer career. You should also keep an eye on Khiry Shelton, the forward representing the United States. He has scored 14 goals in his career while helping on a goal 14 times. Shelton has earned himself a total of 6 yellow card warnings in 6,727 professional minutes (70 career starting assignments). His goals per 90 average in his career is 0.19.

Tim Melia will look after the goal for Sporting KC. So far in his career, Melia has surrendered 252 goals and has totaled 623 stops in 202 starting assignments. He has allowed 1.25 goals per 90 while he holds a mark of 86-50-67. He has earned a save percentage of 72.3 and his clean sheet rate is currently at 30.2%. Melia has tallied 61 shutouts and has seen 869 shots attempted against him in 18,143 minutes throughout his career.