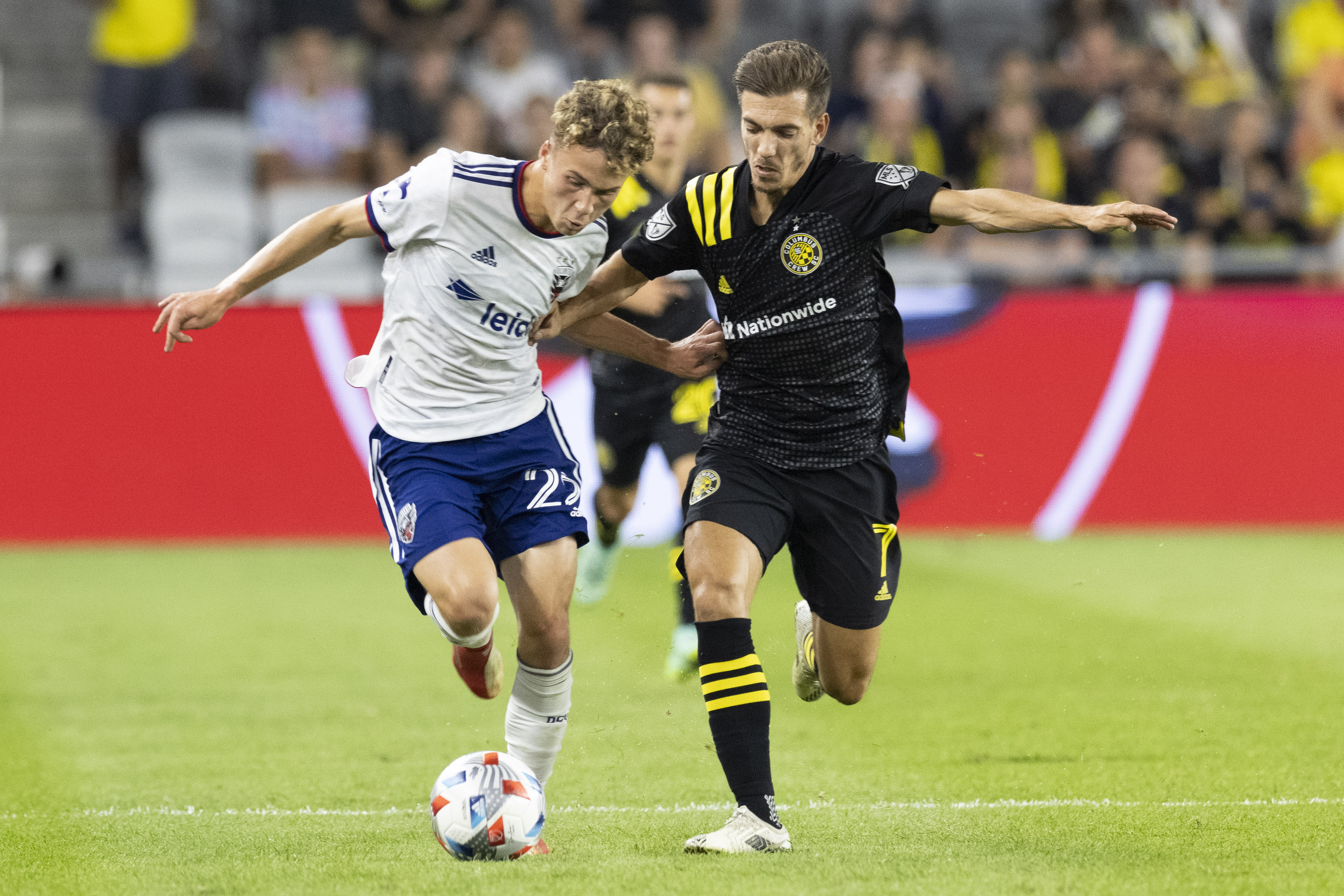 Columbus played D.C. in their most recent game and walked away from this one with a loss by a score of 4-2. In regard to passing, they had a 90.3% rate by connecting on 513 of the 568 passing targets in their last game. The Crew attempted 29 dribbles in this match and were successful in 19 of the attempts for a percentage of 65.5%.

Regarding shot accuracy, Columbus finished at a 33.3% rate by landing 5 shots on target out of 15 total shots. Columbus is averaging 0.94 goals per 90 (16 goals in total) and have accounted for 7 assists in all competitions for this campaign.

Pedro Santos is a guy who can be a difference maker for the Columbus Crew. He has accounted for 39 assists while earning 54 yellow cards so far in his career. Santos has been in the starting lineup in 184 matchups during his soccer career and has 0.24 goals per 90 mins. The forward born in Portugal has accumulated 42 goals in 16,070 professional minutes.

Another player who should impact this match is Lucas Zelarayan, the midfielder representing Argentina. He has assisted a teammate on a goal 24 times in his career while scoring 40 total goals. Zelarayan has been on the pitch for 11,529 minutes during 129 starting assignments and has earned himself 7 yellow cards. He averages 0.31 goals per 90 mins during his career.

The man who is expected to defend the goal for Columbus Crew will be Eloy Room. Room (82-56-71 record in his career) has earned 48 shutouts, which has earned him a 23.2% shutout rate. The keeper born in the Netherlands has had 987 shots sent in his direction in 207 career starting assignments. His goals allowed per 90 mins is 1.36 (284 total goals allowed) and he holds a save percentage of 72.5. Room has played for 18,831 mins and has earned 708 saves so far in his pro soccer career.

In their last game, Atlanta were able to avoid a loss with a score of 2-2 against Montreal. The 5 Stripes had a 81.5% successful dribble rate by converting 22 out of the 27 dribbles they attempted. They finished the contest by converting 501 out of their 559 passing attempts earning a rate of 89.6%. Atlanta had 2 shots on target out of their 13 shots attempted which gave them a 15.4% rate in their last outing. With 16 goals and 11 assists in all their matches, Atlanta averages 0.94 goals and 0.65 assists per 90 min.

Marcelino Moreno will be counted on for Atlanta United FC. He currently averages 0.12 goals per 90 mins and has been a starter in 96 games in his career. The forward from Argentina has totaled 8,272 mins while scoring 11 goals. He has earned 10 yellow card cautions so far in his career and has assisted on a goal 11 times. Be sure to keep an eye out for Ezequiel Barco, the forward representing Argentina. Barco has been given a total of 13 yellow cards in 6,815 minutes played (71 starts). His G/90 average during his soccer career is 0.21. He has accumulated 16 goals in his career while helping a teammate on a goal 13 times.