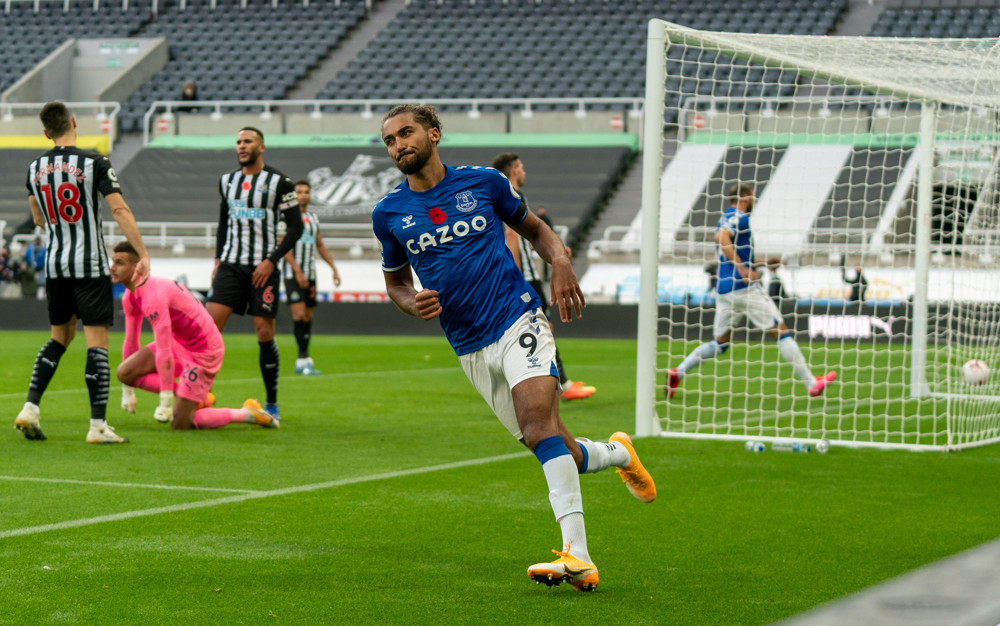 Goodison Park is the site where Richarlison and Everton (16-8-12, 8th in the EPL) will take on Southampton (12-7-17, 14th in the EPL) on Saturday. The goalkeepers protecting the net will be Jordan Pickford for Everton and Alex McCarthy for Southampton. The odds on this contest have Everton coming in at -109 and the Saints are at +262. The total has been set at 2.5.

Everton faced Manchester City in their most recent game and ended up losing by a score of 5-0. When talking about passing the ball, they had a 81.2% passes received rate by converting 281 of the 346 pass targets last contest. Everton attempted 19 dribbles in this match and completed 13 of the attempts for a rate of 68.4%.

In regard to shooting accuracy, Everton finished the game at a 28.6% clip by putting 2 shots on target of 7 shots. Everton averages 1.18 goals per 90 min (45 goals in total) and have racked up 32 assists in all contests for the year.

Richarlison is a guy who should be able to impact this match for Everton. He has 13 assists while accumulating 27 yellow cards in his career. Richarlison has been a starter in 165 contests in his career while he scores 0.30 G/90. The forward who is from Brazil has totaled 47 goals scored in 14,151 minutes.

One more guy who should impact this match is Dominic Calvert-Lewin, the forward born in England. He has helped on a goal 9 times during his soccer career while he has scored 45 total goals. Calvert-Lewin has earned 10,775 minutes in 114 starting assignments and has been handed a total of 24 yellow card warnings. He currently averages 0.38 G/90 during his soccer career.

The last time they took the field, Southampton took a loss by a final score of 3-0 against West Ham United. Southampton ended the game with a 78.6% successful dribble percentage by converting 11 out of the 14 dribbles they attempted. They finished the contest by connecting on 454 out of their 541 passes they tried earning a rate of 83.9%. Southampton converted 5 shots attempted out of the team's 17 shots attempted which gave them a 29.4% clip in their last outing. Having earned a total of 47 goals and 33 assists in all their contests, Southampton averages 1.24 goals and 0.87 assists per 90 minutes.

James Ward-Prowse should provide a lift for Southampton. He currently averages 0.15 goals per 90 minutes and has been in the starting lineup in 189 contests in his pro soccer career. The midfielder hailing from England has earned 17,515 professional minutes while scoring 30 goals. He has 33 yellow card cautions in his career and has helped a teammate on a goal 29 times. Make sure to keep an eye out for Che Adams, the forward representing England. He has accumulated 58 goals in his career while helping on a goal 18 different times. Adams has been given a total of 16 yellow card warnings in 14,790 professional minutes played (163 starting assignments). His goals per 90 average during his soccer career is 0.35.

Alex McCarthy will look after the net for Southampton. During his pro soccer career, McCarthy has allowed 362 goals and has 831 saves in 247 starting assignments. He has surrendered 1.46 goals per 90 mins while he holds a mark of 81-70-97. He holds a save % of 70.2 and his clean sheet rate is currently at 23.5%. McCarthy has tallied 58 shutouts while seeing 1,180 shots against him in 22,250 minutes throughout his career.

Parlay's Pundit's Pick: Take Southampton (+262) and under the total goals