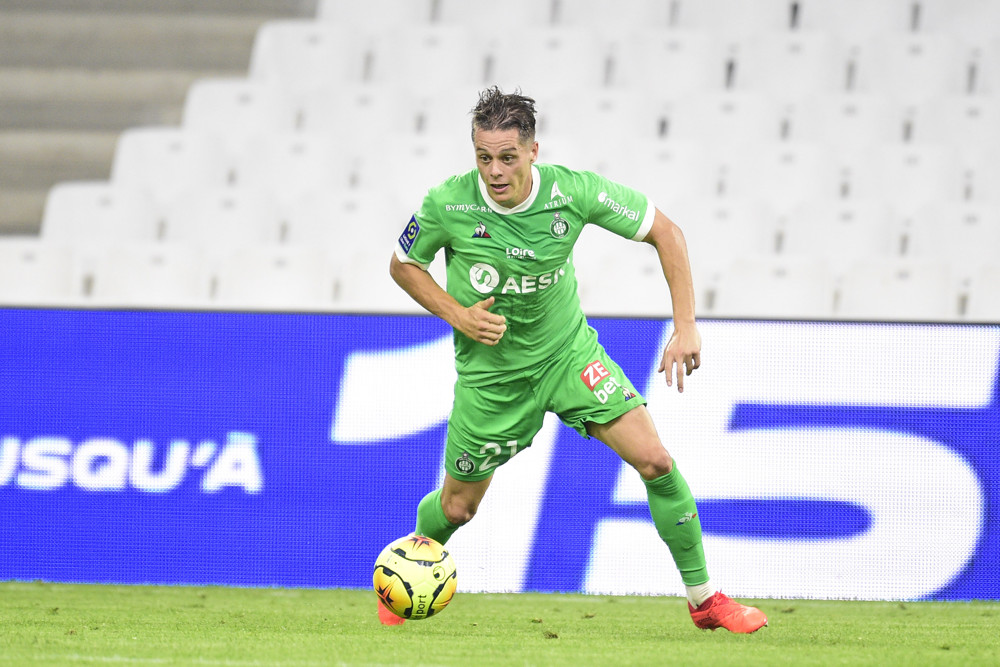 Stade Bollaert-Delelis is the venue where Gael Kakuta and Lens (0-1-0, 14th in Ligue 1) will take on Saint-Etienne (0-1-0, 9th in Ligue 1) on Sunday. The goaltenders protecting the net are Jean-Louis Leca for Lens and Etienne Green for Saint-Etienne. Saint-Étienne are at at +320 while Lens are priced at -133. The total has been set at 2.5.

Lens faced off with Rennes in their last matchup and wrapped it up with a draw by a score of 1-1. Lens attempted 18 dribbles in this matchup and completed 6 of those tries for a rate of 33.3%. When discussing the passing game, they ended with a 85.9% passes received percentage by connecting on 316 out of their 368 pass targets last match.

Regarding shot accuracy, Lens finished the game at a 54.5% rate by putting 6 shots on target of 11 total shots. Lens is averaging 1.00 goal per 90 (1 goal in total) and have tallied 1 assist in all matches for the season.

Gael Kakuta is a player who should impact this matchup for Lens. He has totaled 31 assists while accumulating 16 yellow cards so far in his pro soccer career. Kakuta has been a starter in 196 matchups in his career while he scores 0.19 goals per 90 mins. The forward born in France has tallied 36 goals scored in 16,958 mins played.

One more guy who should impact this match is Kpene Ignatius Ganago, the forward who is from Cameroon. Ganago has played 3,729 minutes in 38 starting assignments and has been handed 2 yellow card warnings. He has helped on a goal 1 time during his pro soccer career while he has scored 13 total goals. He averages 0.31 goals per 90 minutes for his career.

In their last outing, Saint-Etienne earned the draw by finishing with a tally of 1-1 against Lorient. They wrapped up this match by completing 508 out of their 581 passing tries for a rate of 87.4%. Saint-Etienne finished with a 63.3% successful dribble rate by converting 19 of the 30 dribbles they tried. Saint-Etienne landed 2 shots on goal out of 19 shots attempted which had them at a 10.5% clip in their last outing. With a total of 1 goal in all competitions, Saint-Etienne has an average of 1.00 goal per 90 minutes.

Denis Bouanga will be counted on for Saint-Etienne. The forward from France has earned 13,084 professional minutes while scoring 51 goals. He has collected 23 yellow cards during his pro soccer career and has assisted on a goal 19 times. He currently averages 0.35 goals per 90 and has been in the starting lineup in 146 games during his soccer career. You should also watch out for Mahdi Camara, the midfielder representing France. He has 3 goals thus far in his career while helping on a goal 2 times. Camara has been handed 6 yellow cards in 4,291 minutes played (48 starting assignments). His goals per 90 average thus far in his career is 0.06.

Etienne Green will look after the net for Saint-Etienne. Green has totaled 3 shutouts while defending 27 shots tried against him in 810 mins throughout his career. He sports a save percentage of 74.1% and his clean sheet rate sits at 33.3%. He has allowed 1.00 goals per 90 and he has a record of 4-2-3. Thus far in his career, Green has allowed 9 goals and has accumulated 20 saves in 9 starts.