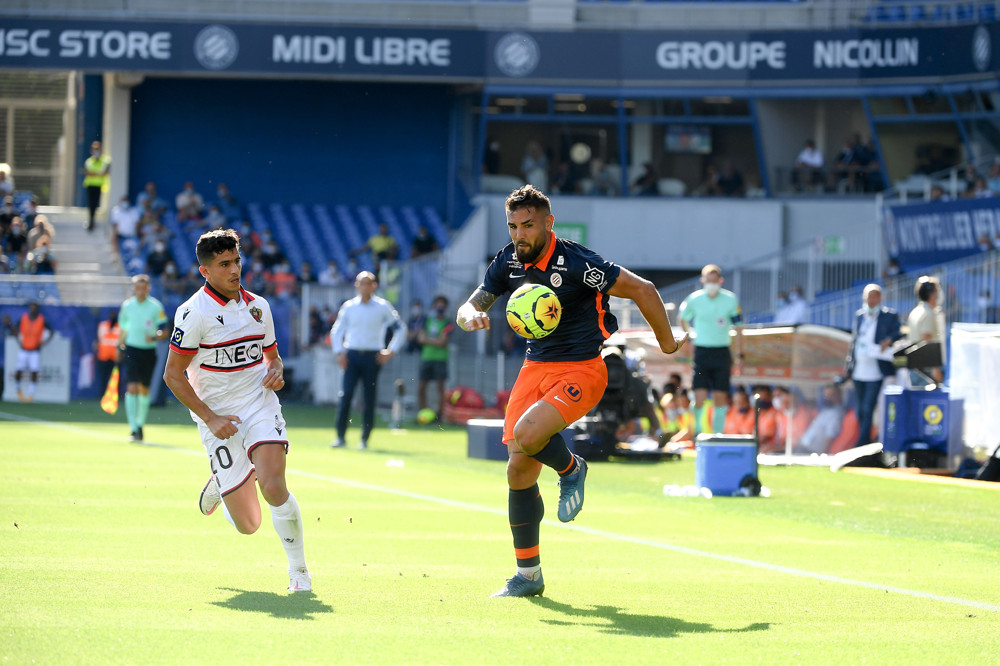 Stade Auguste-Delaune is the venue where Yunis Abdelhamid and Reims (0-1-0, 16th in Ligue 1) will take on Montpellier (0-0-1, 17th in Ligue 1) on Sunday. The men protecting the net will be Predrag Rajkovic for Reims and Dimitry Bertaud for Montpellier. The Paillade are at at +180 while the Red and Whites are at +150. The O/U has been set at 2.5.

Reims stepped onto the pitch against Nice in their most recent match and finished with a draw by a score of 0-0. Reims tried 20 dribbles in this matchup and were able to convert 6 of those attempts for a rate of 30.0%. In regard to passing, they finished this match with a 82.0% passes received percentage by converting 292 out of their 356 targeted passes in their last game. In regard to shooting accuracy, Reims walked away from the pitch at a 20.0% rate by landing 1 SoT out of 5 total shots.

Get all of our Soccer Betting Pick

Yunis Abdelhamid is a player who should be able to impact this game for Reims. Abdelhamid has had a starting assignment in 306 outings in his pro soccer career and he accounts for 0.06 goals per 90 minutes. The defender who is from France has racked up 18 goals in 27,306 mins played. He has accounted for 2 assists while tallying 40 yellow card cautions so far in his career.

One more guy who should impact this match is Xavier Chavalerin, the midfielder representing France. Chavalerin has been on the pitch for 22,138 minutes in 242 career starting assignments and has earned himself 47 yellow cards. He has helped on a goal 19 times so far in his career and he has scored 14 total goals. He is averaging 0.06 G/90 so far in his pro soccer career.

The guy who will defend the goal for Reims will be Predrag Rajkovic. Rajkovic (43-35-25 record in his career) has tallied 43 shutouts, which has earned him a 41.3% shutout percentage. The goalkeeper hailing from Serbia has faced 359 shots attempted against him in 104 career starts. His goals against per 90 mins is 0.91 (94 goals allowed) and his save % is 75.2%. Rajkovic has played for a total of 9,270 mins and has accumulated 269 saves so far in his pro soccer career.

For their last game, Montpellier took a loss by a final score of 3-2 against Marseille. Montpellier finished with a 75.0% successful dribble rate by connecting on 6 of the 8 dribbles they pursued. They wrapped up this outing by completing 295 of the 363 passing attempts for a percentage of 81.3%. Montpellier landed 1 SoT out of their 8 shots attempted giving them a 12.5% rate in their last match. Having tallied 1 goal and 1 assist for all their matches, Montpellier averages 1.00 goal and 1.00 assist per 90 minutes.

Andy Delort should be able to be counted on for Montpellier. The forward from France has accumulated 21,996 mins and he has scored 94 goals. He has earned 45 yellow card warnings thus far in his career and has helped on a goal 43 times. He is currently averaging 0.38 goals per 90 minutes and has been in the starting lineup in 240 contests so far in his pro soccer career. You should also watch out for Gaetan Laborde, the forward hailing from France. He has earned 53 goals in his career while assisting a teammate on a goal 26 times. Laborde has earned himself a total of 16 yellow card cautions in 14,545 mins played (164 career starts). His G/90 average so far in his pro soccer career is 0.33.

Dimitry Bertaud will look after the net for Montpellier. So far in his career, Bertaud has surrendered 17 goals and has totaled 37 saves in 12 starting assignments. He has surrendered 1.36 goals per 90 while earning a record of 4-3-5. He has a save percentage of 70.4% and his clean sheet rate is 33.3%. Bertaud has tallied 4 shutouts and defended 54 shots against him in 1,121 career mins.