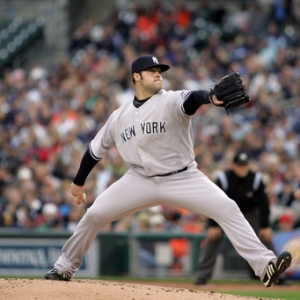 Pitching is getting to be a young man's game. All you have to do is look at the lists of statistical leaders in any of the major categories and you'll see a surprising number of guys that are 25 or younger. Pitching seems to be a cyclical thing - older pitchers were largely the dominant ones before, and they will be again. While there are so many good young pitchers now, though, handicappers are faced with a real challenge - you can't handicap youngsters in their first three years of action in the same way as you do seasoned veterans with a long track record of performance to rely on. Here are some tips to help guide your thinking about young pitchers:

Be on the lookout for new situations - There are few situations that a veteran can get themselves into that they haven't been in many times before. The same can't be said for rookies. That doesn't mean that a new situation automatically means that a new pitcher is going to underperform and should be bet against. It just means that you need to spend more time evaluating the situation and the possibilities than you otherwise would. New situations are everywhere for a young pitcher - the first time a pitcher takes the mound in an iconic stadium or against a legendary team, the first time an American League pitcher plays in a National League stadium and has to take the mound, the first time a pitcher comes back on short rest, and so on. Every one of those situations represents a potential betting opportunity.

Stamina is a serious issue - Pitchers don't get nearly as much work at any time in their careers as they will in the majors - not high school, college, or the minors. The effects of that bump in work can be very hard for a pitcher to handle. That can come into play late in their first season, and into their second and third. The effects of the sophomore slump in pitchers is well documented, very real, and often debilitating. You need to consider young pitchers on that macro level, but you also need to look at their stamina in more specific situations as well. A young pitcher might not be at his best the game after he achieved a new high in pitches thrown in a game or in innings pitched. He might not be as sharp as expected after consecutive rough outings. He almost certainly won't be as good in September as he was in May. Any time you can spot a situation where he is likely to be less than expected you stand a good chance at a profit. Remember here that minor league innings are just as hard on an arm as major league ones are. People often seem to make the mistake of assuming that the experience in the bigs in a given year is the only pitching a player has done, when actually a pitcher might have an additional 100 innings under his belt.

Familiarity can create problems - Teams don't know what to expect from a pitcher the first few times he pitches in the majors. They don't have reliable scouting reports on him, and they don't have much video of him facing major league talent. That's obviously a huge advantage for the pitcher. Once he has been around for a while, though, his secrets are out in the open and he may not be as effective. In other words, the longer a guy is in the majors, the more important it is that he have real talent if he wants to succeed. To effectively consider a young pitcher you need to consider what stage in his career he is at, and therefore how reliable and sustainable his form is.

Consider the situation - To get a good sense of a young pitcher you need to consider how he got to where he is. A pitcher that got called up from the minors after putting up huge numbers can probably be expected to do better than one who got a start after toiling in the bullpen for a while. You can be more optimistic about a young pitcher who has been called up at a logical time in his career than one who has been rushed into action because of injuries. A pitcher who was struggling in the minors isn't likely to suddenly turn it around in the big show. Thanks to the Internet it is easy to find stats, reports, and even video from Triple A. That means you can have a better sense than the general public of where a pitcher is at and where his back story is. Information equals an advantage.

Consider the ratio - It's very hard to get a statistical sense of a new pitcher. You can't really rely on an ERA when the sample size of innings pitched is low, and the lack of a track record makes many other statistics that are normally reliable hard to trust. The best way to get a quick and reasonably reliable sense of a pitcher's form is by looking at strikeouts, walks, and the relationship between the two. If a pitcher is averaging five or fewer strikeouts per nine innings then chances are pretty good that opposing batters are seeing the ball too well and he is going to be in trouble. Averaging better than seven is a good sign. If walks are too high - significantly higher than they were in the minors, or significantly higher than the number of strikeouts - then control is going to be a problem, and it could be hard to trust the player in the short term.