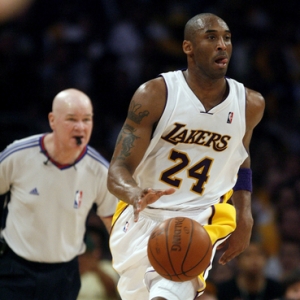 Overview: Both teams head into this matchup after rolling through their first-round series. The Lakers predictably met little resistance from the defense-challenged Utah Jazz, while the Rockets surprisingly faced a minimal challenge from the upstart Portland Trailblazers.

The Rockets used their signature defense to hold Portland to 88 or fewer points in five of the six games and advance past the first round for the first time in 12 years. Portland had little answer for Yao Ming and emerging forward Luis Scola, who played like an All-Star for most of the series.

Kobe Bryant quarterbacked the Lakers to a methodical five-game win over the Jazz. The Lakers should meet a tougher opponent in the Rockets, who might be able to neutralize Pau Gasol with Ming.

Noted defenders Shane Battier and Ron Artest will have to keep Bryant in check for Houston to have a chance, and the Rockets can't afford too many of their debilitating scoring droughts or they will quickly find themselves in a deep hole.

The Lakers won and covered in all three head-to-head games with Houston in the regular season, the last a 93-81 home win on April 3.

Value: None. The price is way too steep on the Lakers, although if you've got the cash and wherewithal to bet them as this big of a chalk, there's a likelihood you'll get a return on your investment. However, the Rockets are just a dangerous enough team that this is far from a sure thing.

They are currently playing elite-level defense and are a much more balanced and solid team without Tracy McGrady in the lineup. If Houston finds a way to steal a game in Los Angeles, this could be a fascinating series. Even so, it would take quite a bit of courage - and a lot of wishful thinking -- to out your cash behind the Rockets in this spot.