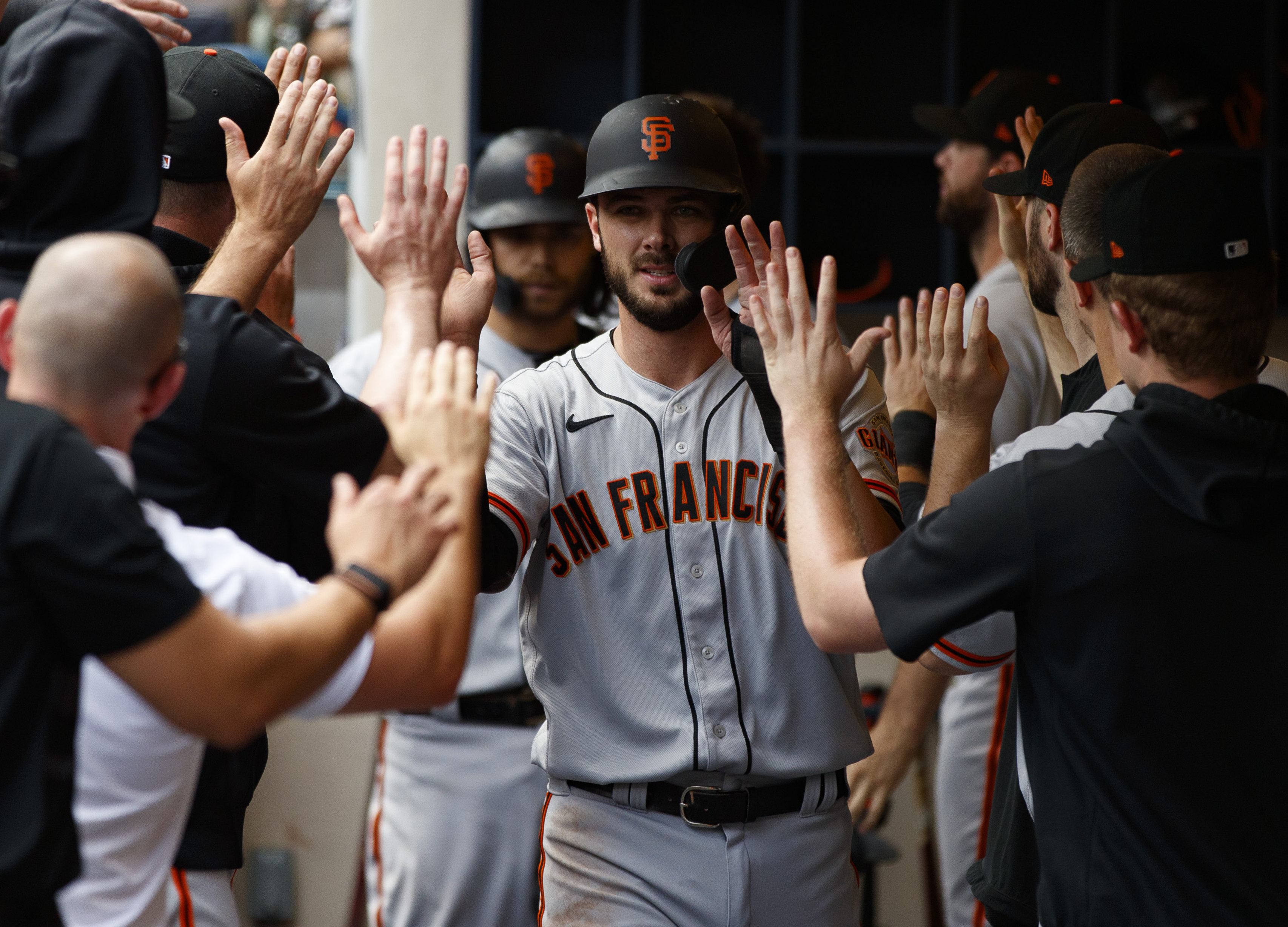 Merrill Kelly and the Arizona Diamondbacks (35-78, 5th in NL West) travel to Oracle Park on Wednesday where they'll take on the San Francisco Giants (71-41, 1st in NL West). The Diamondbacks open this contest at +190 while the Giants are coming in at -256. The over/under is set at 7.5. The expected starting pitchers will be Merrill Kelly and Kevin Gausman.

The Diamondbacks have hit 203 two-baggers as a team and have hit 98 baseballs out of the park. Arizona is slugging .373 and have struck out 1,027 times, while drawing a walk on 388 occasions. As a unit, the Arizona Diamondbacks are putting up 4.1 runs per outing, which has them at 25th in baseball. They have accrued 439 RBI's in addition to 885 hits on the season, while their average at the plate is at .232. They have earned a total of 464 runs scored while having a team on-base percentage of .308.

The Diamondbacks hold a team ERA of 5.34 so far this year (29th in the league), and they have rung up 887 hitters. Their pitching staff has walked 380 opposing players and their FIP sits at 4.86 as a squad on the year. Their K/BB ratio is 2.33 and their pitching staff has earned a collective WHIP of 1.45. Diamondbacks pitchers have surrendered 163 long balls and 642 runs in total (30th in the league).

The Diamondbacks have dispatched 389 relief pitchers to the mound so far this year. The relief pitchers have inherited 144 base runners this season and 33.3% of those runners crossed the plate. They have compiled 15 saves on the campaign and have blown 21 of 36 save opportunities. The Diamondbacks relievers have a save percentage of 41.7% and has come into the game in 86 save situations. The relievers have racked up 48 holds so far this year (22nd in the league). Diamondbacks bullpen pitchers have stepped onto the hill with runners on base 96 times and also have had 103 appearances in high leverage situations.

The Diamondbacks have turned 67.8% of balls hit into play into outs out of their 8,865 innings on the field, which ranks them 28th in pro baseball. The Arizona Diamondbacks have notched a total of 2,955 putouts at this point in the season, in addition to 967 assists and 66 errors. Their fielding rate is currently at .983 which puts them in 20th in the majors, and have earned 712 double plays.

The San Francisco Giants have recorded an OBP of .326 and a batting average of .244 on the year. They have been called out on strikes on 1,048 occasions (7th in MLB) and have a total of 918 hits. San Francisco has accounted for 169 home runs on the season as well as 524 runs batted in. The Giants have a slugging percentage of .436 and they are scoring 4.90 runs per game (7th in baseball). They have recorded 176 two-baggers, while getting a free base 423 times as well as scoring 549 runs.

Sitting with 133 save situations, the Giants have amassed 69 holds and also 21 blown saves. San Francisco has had bullpen pitchers enter the game in 61 save chances and they have walked away with 40 saves. Their bullpen pitchers have come in 128 times in high leverage situations and also on 76 occasions with runners on base. San Francisco relievers hold an inherited score percentage of 39.6% out of their 106 inherited base runners. They are currently ranked 6th in the league holding a save rate of 65.6%, and they have sent 391 relievers to the mound on the season.