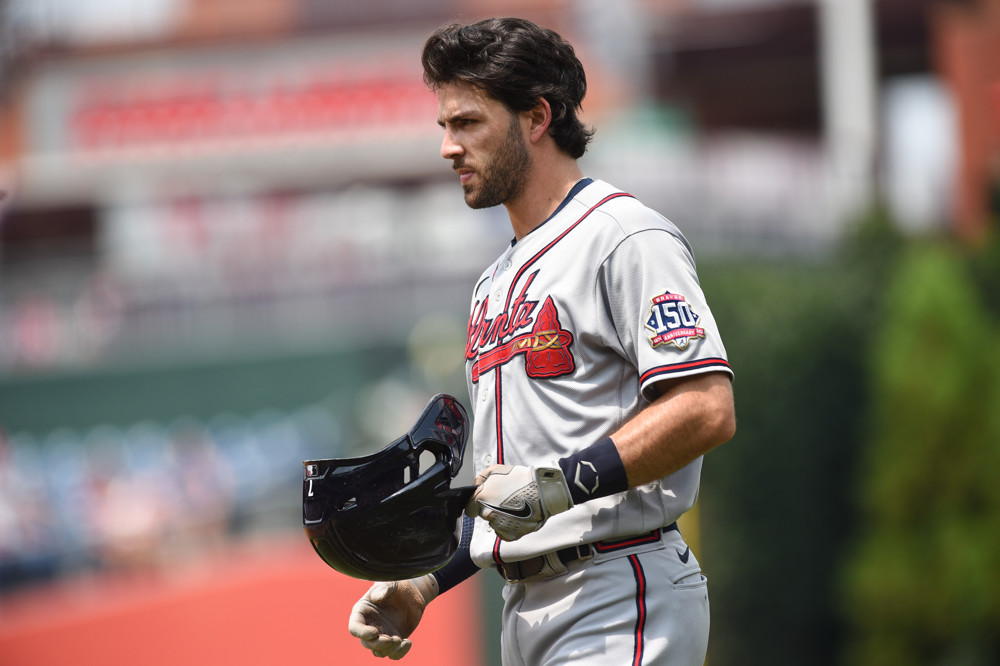 Atlanta is slugging .428 and have been called out on strikes 976 times, while being walked on 372 occasions. They have tallied 484 runs batted in as well as 846 hits on the season, and their team batting average comes in at .242. The Braves have hit 180 two-baggers as a squad and have knocked 148 baseballs out of the park. They have 503 runs and hold an OBP of .321. As a squad, the Atlanta Braves are notching 4.8 runs per game, which ranks them 10th in the league.

The Braves have compiled a team ERA of 4.08 this year (13th in the league), and the staff has struck out 932 batters. Their strikeout to walk ratio is 2.65 and their pitching staff has recorded a WHIP of 1.30. Braves pitchers have conceded 119 long balls in addition to 454 runs in total (13th in baseball). Their pitching staff has walked 352 opposing players and their FIP comes in at 4.10 as a unit so far this year.

Braves relief pitchers have entered the game with runners on 88 times in addition to having 142 appearances in high leverage situations. The relievers have a total of 66 holds on the season (4th in the league). The Braves relief pitchers have accumulated a save rate of 59.5% and has stepped onto the mound in 104 save situations. They have compiled 22 saves on the campaign and have missed out on 15 of 37 save chances. The relievers have inherited 134 base runners over the course of the season with 36.6% of those runners crossed the plate. The Braves have dispatched 376 relief pitchers to the mound this season.

The Braves have turned 69.5% of balls hit into play into outs in their 8,262 innings on the diamond, which has them ranked 18th in the majors. The Atlanta Braves have earned a total of 2,754 putouts over the course of the season, in addition to 940 assists and 50 errors. Their fielding percentage is holding steady at .987 which is 4th in the majors, and they have twisted 758 double plays.

The St. Louis Cardinals have compiled a team on-base percentage of .305 as well as a team batting average of .234 for the year. They have struck out on 860 instances (25th in baseball) and have earned a total of 808 base hits. St. Louis has 115 long balls so far this year as well as 403 RBIs. The Cardinals have a slugging percentage of .388 and they tally 4.02 runs per outing (26th in baseball). They have recorded 163 doubles, while walking 311 times as well as notching 422 runs.

Sitting with 95 save situations, the Cardinals have recorded 54 holds and 10 blown saves. St. Louis has called on relievers to take the mound in 39 save opportunities and they have tallied 29 saves. Their relief pitchers have come in 102 times in high leverage situations in addition to 117 occasions with runners on base. St. Louis bullpen pitchers hold an inherited score percentage of 38.5% of 200 inherited runners. They are ranked 2nd in the league holding a save percentage of 74.4%, and they have sent 361 bullpen pitchers onto the diamond for the season.