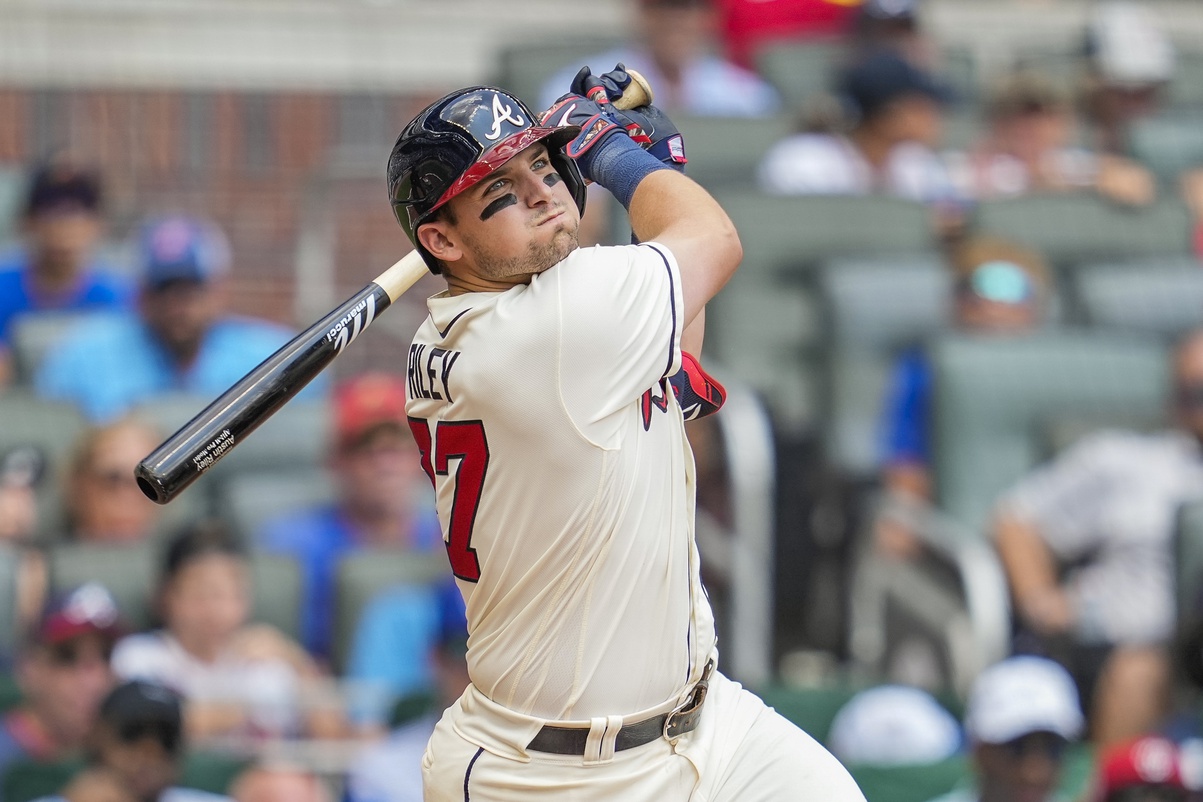 Paolo Espino and the Washington Nationals (50-67, 5th in NL East) play the Atlanta Braves (61-56, 1st in NL East) at Nationals Park on Sunday. The Braves open this contest at -182 while the Nationals are priced at +140. The O/U opens at 9.5. The starting pitchers will be Drew Smyly and Paolo Espino.

Atlanta is slugging .427 and have been called out on strikes 1,057 times, while drawing a walk on 413 occasions. They have compiled 535 runs batted in in addition to 921 hits on the year, while their batting average is at .241. The Braves have hit 190 doubles as a unit and have hit 165 baseballs out of the stadium. They have accumulated 557 runs scored and have an OBP of .321. As a team, the Atlanta Braves are recording 4.8 runs per outing, which has them sitting at 9th in baseball.

The Braves have dispatched 416 relievers to the hill on the campaign. The relievers have inherited 143 runners this year with 36.4% of them crossed home plate. They have accumulated 26 saves on the year and have not converted 18 out of their 44 chances to get a save. The Braves relief pitchers have accumulated a save percentage of 59.1% and has stepped onto the mound in 128 save situations. The bullpen have tallied 83 holds on the year (1st in MLB). Braves pitchers have stepped onto the hill with runners on 96 times and also have had 161 appearances in high leverage situations.

The Braves have converted 69.6% of balls in play into outs out of their 9,009 innings on the field, ranking them 17th in baseball. The Atlanta Braves have earned 3,003 putouts so far this season, as well as 1,024 assists and 52 errors. Their fielding percentage is at .987 which has them ranked 3rd in baseball, and they have turned 816 double plays.

The Nationals have a SLG% of .416 and they are earning 4.35 runs per game (18th in baseball). They have hit 184 doubles, while taking a walk 364 times as well as scoring 505 runs. Washington has hit 131 long balls over the course of the season as well as 481 runs batted in. They have been called out on strikes on 940 occasions (26th in baseball) and have tallied 976 base hits. The Washington Nationals have tallied a team OBP of .330 as well as a batting average of .257 this season.

The Nationals have a team WHIP of 1.303 in addition to having a FIP of 4.61 as a team over the course of the season. They currently have a strikeout to walk ratio of 2.67 (952 strikeouts vs 357 bases on balls). They rank 16th in the league as a pitching staff in total hits relinquished with 933. They have surrendered 163 dingers and they give up 5.01 runs per 9 innings (21st in MLB). The Washington pitching staff have surrendered 551 runs this season and come in with a team ERA of 4.50 (495 earned runs relinquished).

Washington has had relief pitchers take the mound in 47 save chances and they have come away with 26 saves. They are ranked 25th in the league with a save rate of 55.3%, and they have sent 386 relievers onto the field so far this year. Their relief pitchers have stepped onto the hill 113 times in high leverage situations and on 96 occasions with runners on base. Washington relief pitchers hold an inherited score percentage of 39.0% out of their 141 inherited runners. With 111 save situations, the Nationals have earned 62 holds and also 21 blown saves.

The Washington Nationals have turned 81 double plays and have a fielding percentage of .982 (27th in professional baseball). The Nationals have 965 assists, 72 errors and have earned a total of 2,944 putouts over the course of the season. Out of their 8,832 innings on the diamond, the Nationals are sitting with a efficiency on defense of 69.9% (11th in pro baseball).

Espino (3-3 record in his career) is the owner of a 4.35 earned run average while allowing 8.7 hits per nine innings. His strikeout to walk ratio is 3.17 and he has gone up against 411 opposing hitters in his career. He has conceded 47 ER's while earning a WHIP of 1.212 and having a FIP of 4.9. So far in his MLB career, Espino has allowed 94 base hits and he has 76 punch outs in 97 innings pitched.