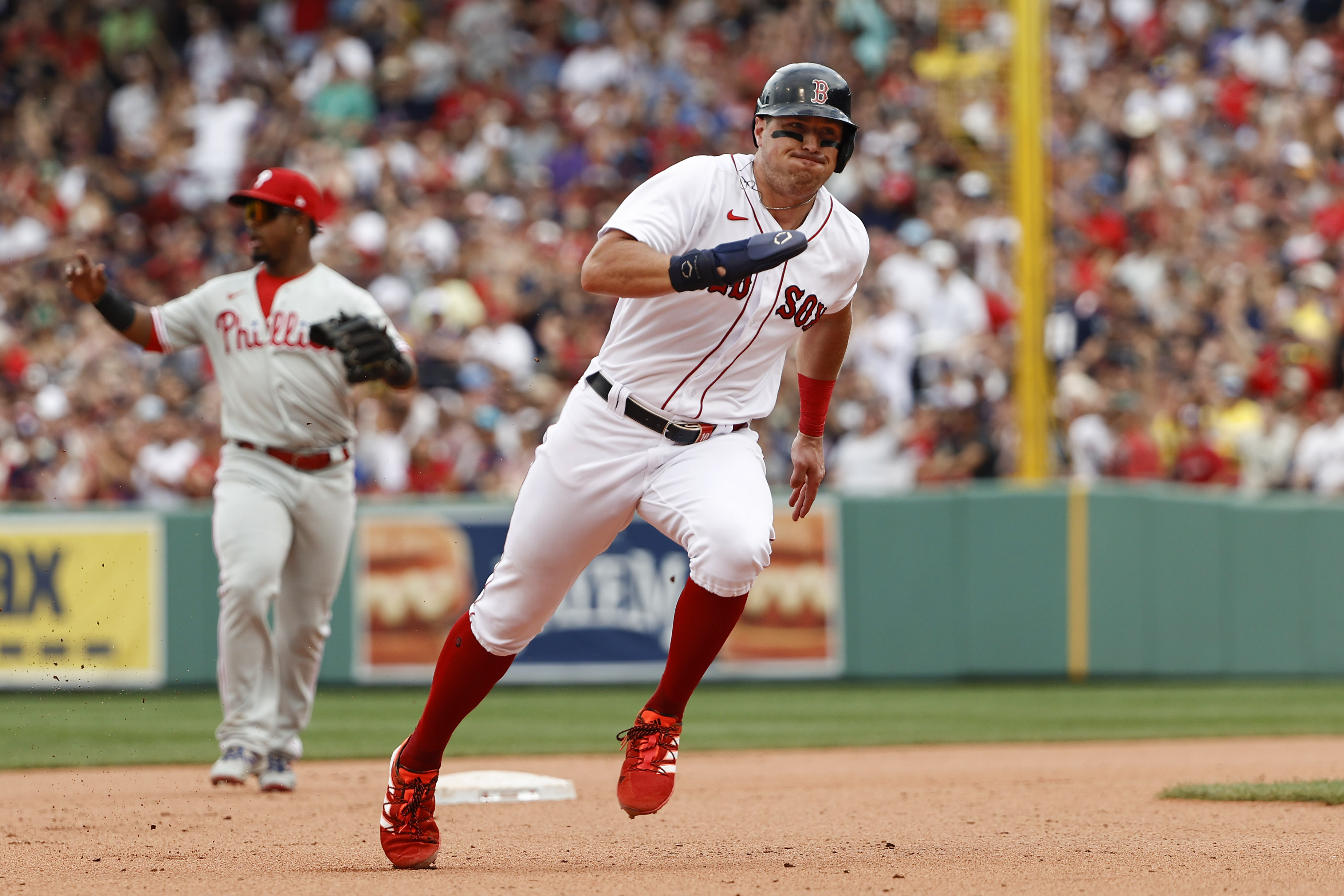 Nathan Eovaldi and the Boston Red Sox (64-45, 2nd in AL East) are headed to Rogers Centre on Friday where they'll take on the Toronto Blue Jays (56-49, 4th in AL East). The line on this matchup has the Red Sox coming in at +115 and the Blue Jays are at -141. The total is set at 10. The pitchers who are expected to start will be Nathan Eovaldi and Alek Manoah.

Boston has a slugging % of .437 and have been called out on strikes 940 times, while drawing a walk on 312 occasions. They have tallied 499 runs batted in as well as 934 base knocks for the year, and their batting average is at .256. The Red Sox have accounted for 226 two-baggers as a team and have knocked 136 baseballs out of the park. They have earned a total of 532 runs and hold an on-base percentage of .320. As a team, the Boston Red Sox are recording 4.9 runs per outing, which is 6th in the league.

The Red Sox are sitting with a team ERA of 4.20 on the year (14th in the league), and the staff has struck out 1,002 hitters. They have walked 364 opposing players and their FIP is 3.93 as a unit for the year. They have a strikeout to walk ratio of 2.75 and their pitching staff has a collective WHIP of 1.38. Red Sox pitchers have relinquished 114 home runs and also 486 total runs (16th in the league).

The Red Sox have dispatched 356 relievers to the mound on the season. The bullpen pitchers have inherited 163 runners so far this season with 30.7% of them ended up crossing the plate. They have accumulated 34 saves for the season and have blown 15 out of their 49 save opportunities. The Red Sox bullpen have accumulated a save rate of 69.4% and has stepped onto the mound in 118 save situations. The relief pitchers have a total of 65 holds so far this season (5th in MLB). Red Sox relief pitchers have come into the game with runners on 105 times and also have had 118 appearances in high leverage situations.

The Boston Red Sox have amassed 2,842 putouts so far this season, in addition to 978 assists and 71 errors. Their fielding percentage is at .982 which puts them in 27th in professional baseball, and they have turned 761 double plays. The Red Sox have transformed 65.9% of baseballs in play into outs in their 8,526 innings, which has them sitting at 30th in pro baseball.

The Blue Jays hold a slugging percentage of .458 and they are recording 5.16 runs per game (3rd in MLB). They have tallied 179 doubles, while taking a walk 311 times and putting up 537 runs. Toronto has compiled 162 HRs over the course of the season and 514 runs batted in. They have been called out on strikes on 831 instances (29th in baseball) and have a total of 934 base hits. The Toronto Blue Jays have tallied a team OBP of .328 and a batting average of .265 for the year.

Sitting with 76 save situations, the Blue Jays have recorded 43 holds and 12 blown saves. Toronto has had bullpen pitchers step onto the mound in 30 save chances and they have tallied 18 saves. Their relief pitchers have come in 98 times in high leverage situations and on 117 occasions with runners on base. Toronto bullpen pitchers hold an inherited score rate of 24.6% out of their 167 inherited runners. They sit at 17th in baseball with a save rate of 60.0%, and they have dispatched 353 relief pitchers to the mound on the campaign.