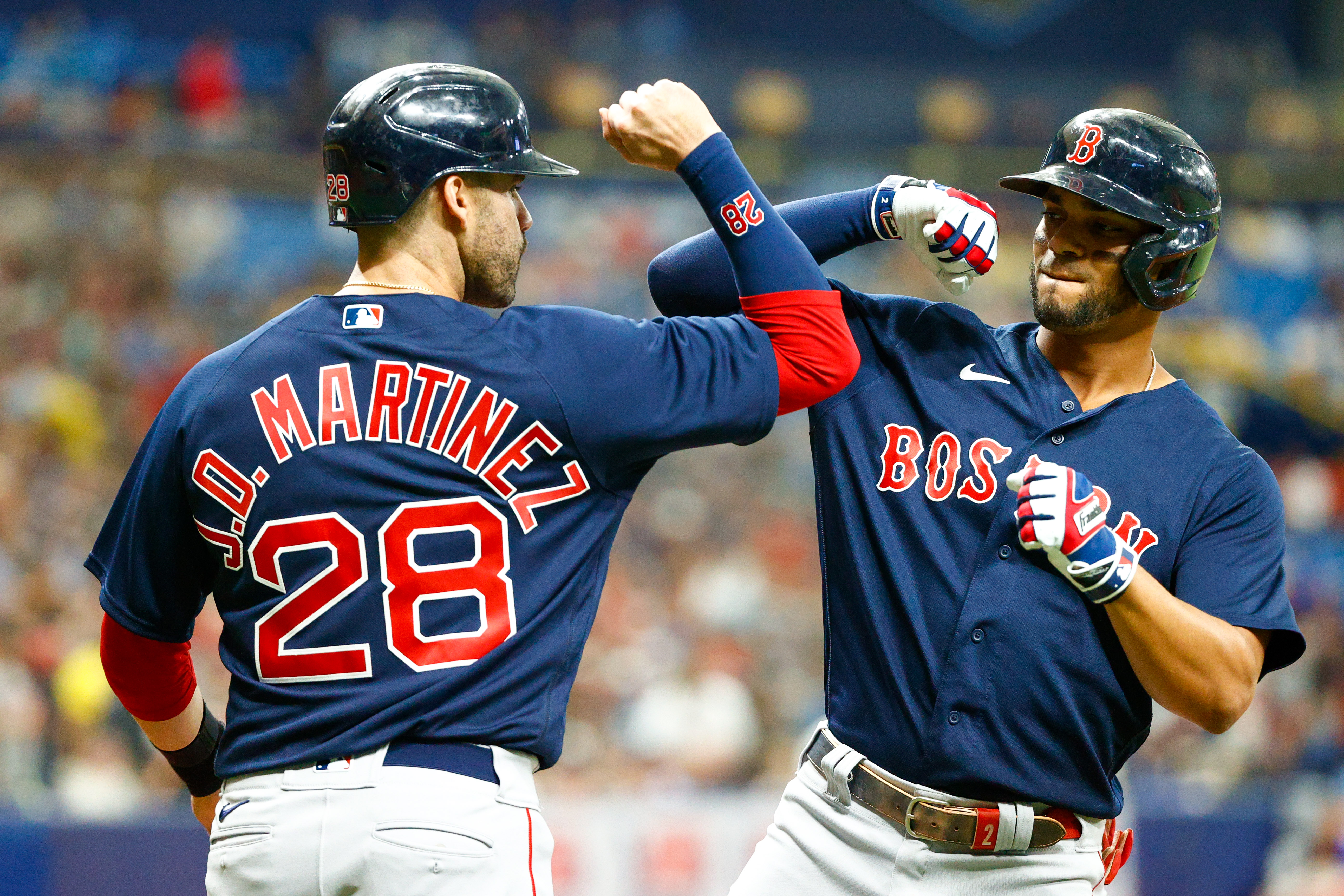 Boston has a slugging percentage of .437 and have been called out on strikes 965 times, while being walked on 323 occasions. They have tallied 508 RBI's and 962 base knocks so far this season, and their batting average comes in at .256. The Red Sox have recorded 231 doubles as a squad and have hit 140 baseballs out of the park. They have accumulated 541 runs while holding a team on-base percentage of .320. As a unit, the Boston Red Sox are compiling 4.9 runs per outing, which has them sitting at 7th in the league.

The Red Sox have turned 65.6% of balls in play into outs out of 8,751 innings on the diamond, which has them ranked 30th in pro baseball. The Boston Red Sox are sitting with 2,917 putouts so far this season, in addition to 994 assists and 72 errors. Their fielding percentage sits at .982 which is 27th in pro baseball, and they have turned 780 double plays.

The Blue Jays hold a slugging percentage of .461 and they are scoring 5.23 runs per contest (2nd in MLB). They have hit 192 two-baggers, while walking 318 times and scoring 560 runs. Toronto has knocked in 165 long balls this season to go along with 537 RBIs. They have struck out on 846 occasions (29th in baseball) and have notched a total of 966 hits. The Toronto Blue Jays have a team OBP of .329 in addition to a batting average of .266 this season.

With 79 save situations, the Blue Jays have tallied 45 holds and also 12 blown saves. Toronto has called on relievers to take the mound in 31 save chances and they have come away with 19 saves. Their relief pitchers have stepped onto the hill 98 times in high leverage situations and also on 119 occasions with runners on base. Toronto bullpen pitchers have an inherited score percentage of 24.7% out of 170 inherited runners. They rank 13th in the league with a save percentage of 61.3%, and they have sent 364 relief pitchers to the hill for the season.