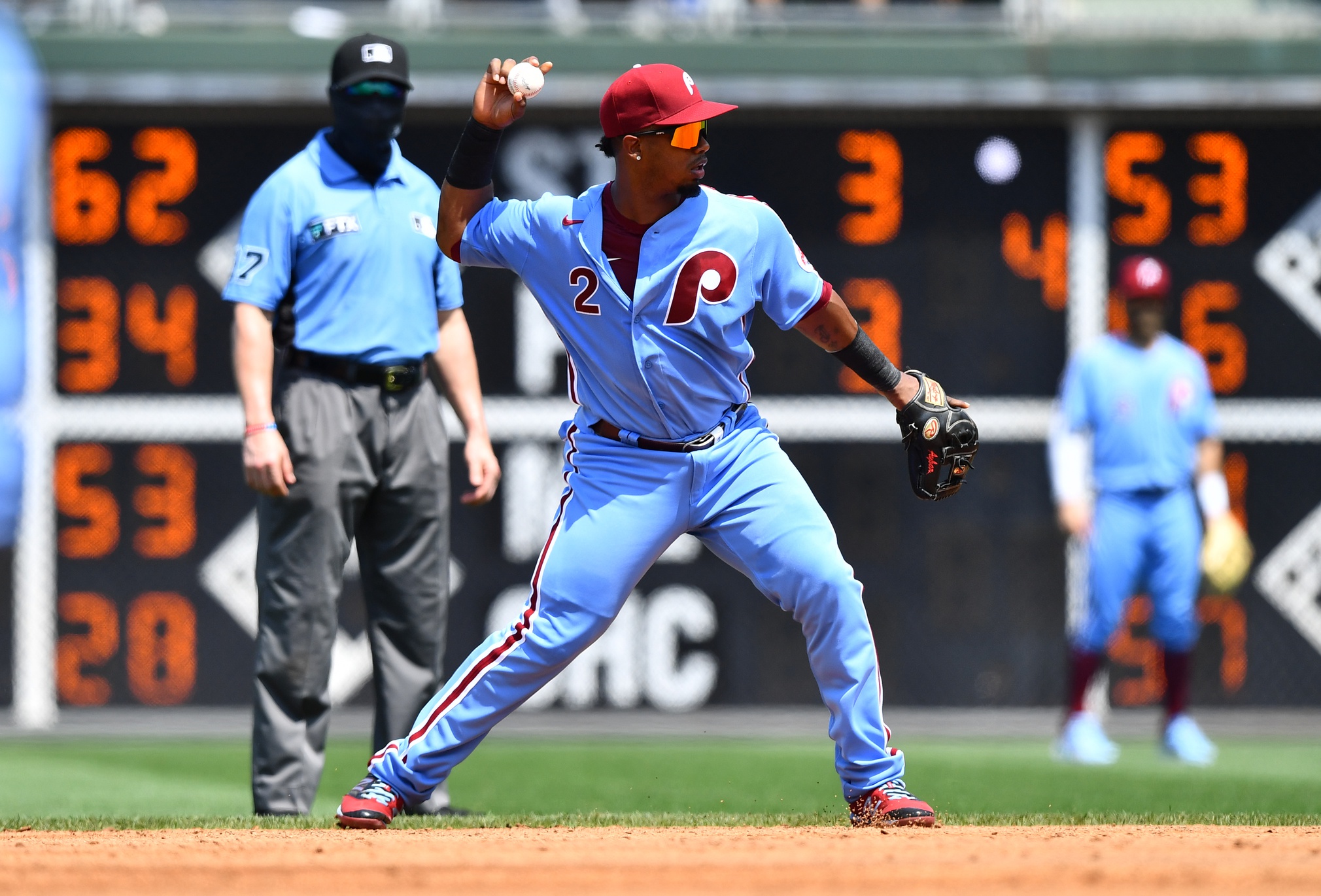 Matt Moore and the Philadelphia Phillies (60-55, 1st in NL East) host the Cincinnati Reds (62-54, 2nd in NL Central) at Citizens Bank Park on Saturday. The line on this game has the Reds coming in at -152 and the Phillies are at +120. The total is set at 9.5. The starting pitchers are Luis Castillo and Matt Moore.

Cincinnati is slugging .433 and have struck out 1,046 times, while taking a walk on 409 occasions. They have tallied 562 RBI's as well as 998 base knocks for the season, and their team batting average sits at .253. The Reds have accumulated 213 doubles as a squad and have smacked 158 balls out of the stadium. They have accumulated 586 runs while having a team on-base percentage of .335. As a team, the Cincinnati Reds are knocking in 5.1 runs per outing, which ranks them 5th in baseball.

Reds relief pitchers have entered the contest with runners on 128 times in addition to having 149 appearances in high leverage situations. The bullpen are sitting with 59 holds so far this season (14th in the league). The Reds bullpen have accumulated a save rate of 57.1% and has come into the game in 117 save situations. They have tallied 32 saves on the season and have blown 24 of their 56 save opportunities. The relief pitchers have inherited 188 base runners on the campaign and 39.9% of those runners ended up scoring. The Reds have sent 427 relievers to the hill on the season.

The Cincinnati Reds have accounted for 3,107 putouts so far this season, as well as 1,011 assists and 65 errors. Their fielding rate is at .984 which is 14th in professional baseball, and have a total of 750 double plays. The Reds have converted 68.9% of balls in play into outs out of their 9,321 innings on the field, which has them ranked 22nd in baseball.

The Phillies hold a team slugging percentage of .406 and they score 4.54 runs per game (15th in MLB). They have hit 186 two-baggers, while walking 400 times as well as putting up 522 runs. Philadelphia has accumulated 137 home runs so far this season as well as 499 RBIs. They have been called out on strikes on 1,030 instances (12th in MLB) and have accounted for 917 hits. The Philadelphia Phillies have compiled a team OBP of .319 in addition to a team batting average of .242 over the course of the season.

Philadelphia relief pitchers hold an inherited score rate of 43.5% of 147 inherited runners. Their relief pitchers have stepped onto the hill 120 times in high leverage situations in addition to 99 occasions with runners on. With 104 save situations, the Phillies have 45 holds in addition to 25 blown saves. They are currently ranked 26th in the league holding a save percentage of 52.8%, and they have dispatched 366 relief pitchers onto the field on the campaign. Philadelphia has had bullpen pitchers step onto the hill in 53 save chances and they have walked away with 28 saves.

In 9,039 innings on the diamond, the Phillies are sitting with a efficiency on defense of 68.6% (23rd in MLB). The Philadelphia Phillies have turned 99 double plays and have notched a fielding percentage of .983 (22nd in the majors). The Phillies have recorded 1,035 assists, 71 errors and have amassed 3,013 putouts for the season.