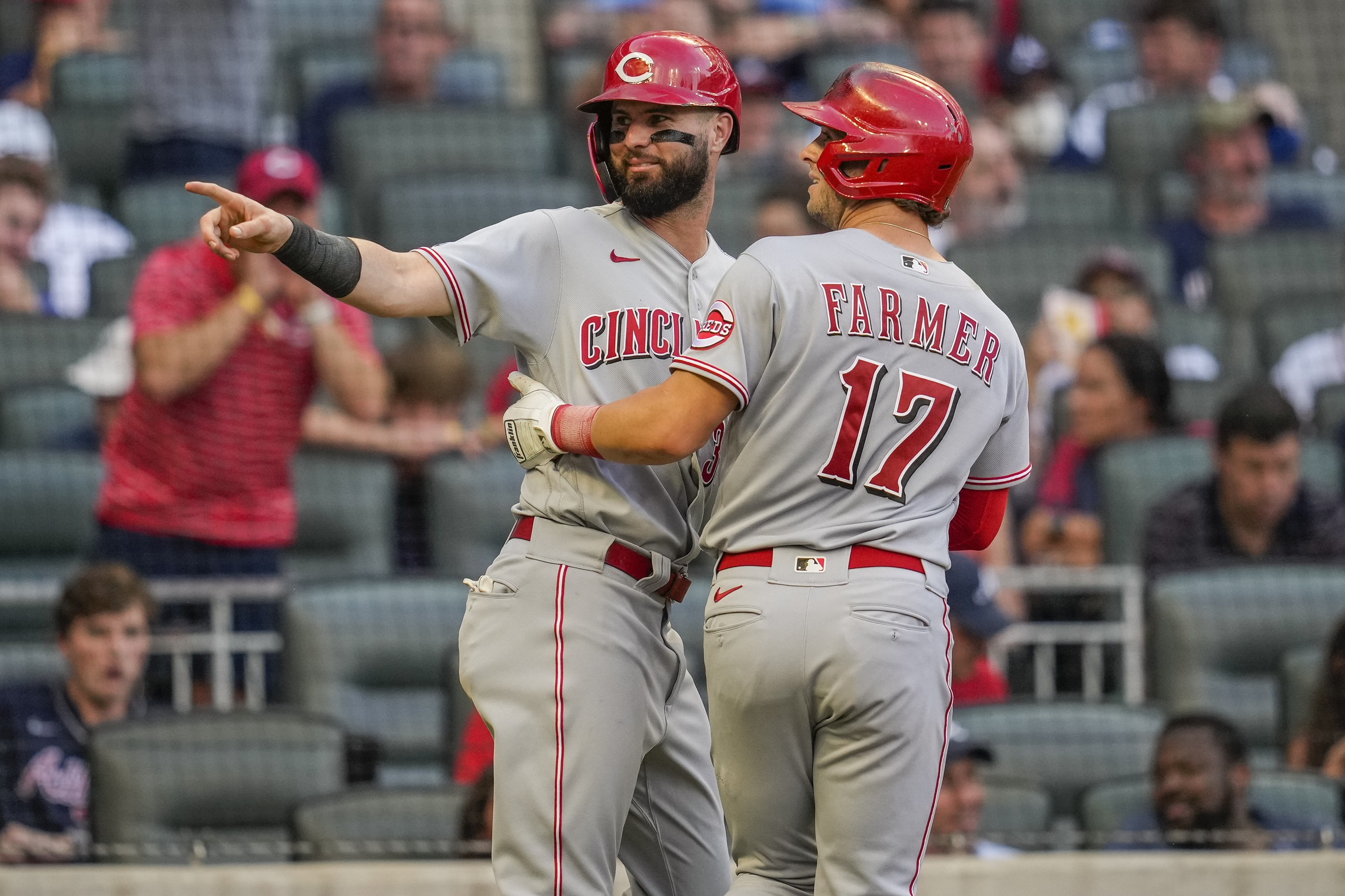 Sonny Gray and the Cincinnati Reds (63-55, 2nd in NL Central) are headed to Citizens Bank Park on Sunday where they'll meet the Philadelphia Phillies (61-56, 2nd in NL East). The line on this game has the Reds coming in at +115 and the Phillies are at -147. The total has been set at 8.5. The expected starting pitchers will be Sonny Gray and Aaron Nola.

Cincinnati has a slugging % of .434 and have been called out on strikes 1,052 times, while being walked on 411 occasions. They have 568 runs batted in as well as 1,006 hits on the year, while their team batting average sits at .253. The Reds have accumulated 214 doubles as a unit and have hit 161 baseballs out of the stadium. They are sitting with 592 runs while having a team OBP of .334. As a team, the Cincinnati Reds are notching 5.1 runs per contest, which has them sitting at 5th in the league.

The Reds are sitting with a team ERA of 4.46 on the season (18th in baseball), and they have struck out 1,123 hitters. Their strikeout to walk ratio sits at 2.34 and their pitching staff has earned a collective WHIP of 1.38. Reds pitchers have relinquished 153 home runs and 565 total runs (20th in MLB). Their pitching staff has walked 479 opposing hitters and their FIP sits at 4.45 as a unit this year.

Reds relief pitchers have gone to the mound with runners on base 128 times as well as having 149 appearances in high leverage situations. The relievers have a total of 59 holds this year (14th in the league). The Reds relief pitchers have a save percentage of 57.1% and has entered the game in 117 save situations. They have compiled 32 saves on the year and have missed out on 24 of their 56 save opportunities. The relievers have inherited 188 runners on the campaign and 39.9% of them ended up crossing the plate. The Reds have dispatched 429 relief pitchers to the hill for the year.

The Cincinnati Reds have accumulated 3,107 putouts thus far, as well as 1,011 assists and 65 errors. Their fielding rate is currently at .984 which has them sitting 14th in baseball, and have 750 double plays. The Reds have transformed 68.9% of baseballs in play into outs in their 9,321 innings on the diamond, which has them sitting at 22nd in pro baseball.

The Philadelphia Phillies have tallied an OBP of .318 in addition to a batting average of .241 on the year. They have been called out on strikes on 1,038 occasions (12th in MLB) and have recorded 922 hits. Philadelphia has accounted for 137 home runs on the year to go along with 500 runs batted in. The Phillies hold a slugging percentage of .405 and they average 4.51 runs per contest (15th in the league). They have hit 188 two-baggers, while walking 401 times and scoring 523 runs.

The Philadelphia pitching staff have conceded 543 runs this season while having an ERA of 4.42 (497 earned runs relinquished). They have conceded 154 home runs and they relinquish 4.82 runs per 9 innings (17th in baseball). The Phillies hold a team WHIP of 1.309 in addition to having a FIP of 4.33 as a team so far this season. Their strikeout to walk ratio is 2.85 (1,042 strikeouts vs 365 free passes). They rank 18th in baseball as a pitching staff in total hits allowed with 961.

With 104 save situations, the Phillies have tallied 45 holds in addition to 25 blown saves. Philadelphia has called on relievers to enter the contest in 53 save chances and they have earned 28 saves. Their bullpen pitchers have come in 120 times in high leverage situations and on 99 occasions with base runners. Philadelphia relievers hold an inherited score percentage of 43.5% out of their 147 inherited base runners. They rank 26th in MLB holding a save percentage of 52.8%, and they have sent 368 relievers onto the diamond so far this season.

The Philadelphia Phillies have turned 99 double plays and have notched a fielding percentage of .983 (22nd in pro baseball). The Phillies have racked up 1,035 assists, 71 errors and have amassed 3,013 putouts during this campaign. Out of their 9,039 innings on the field, the Phillies have accumulated a defensive efficiency of 68.6% (23rd in MLB).