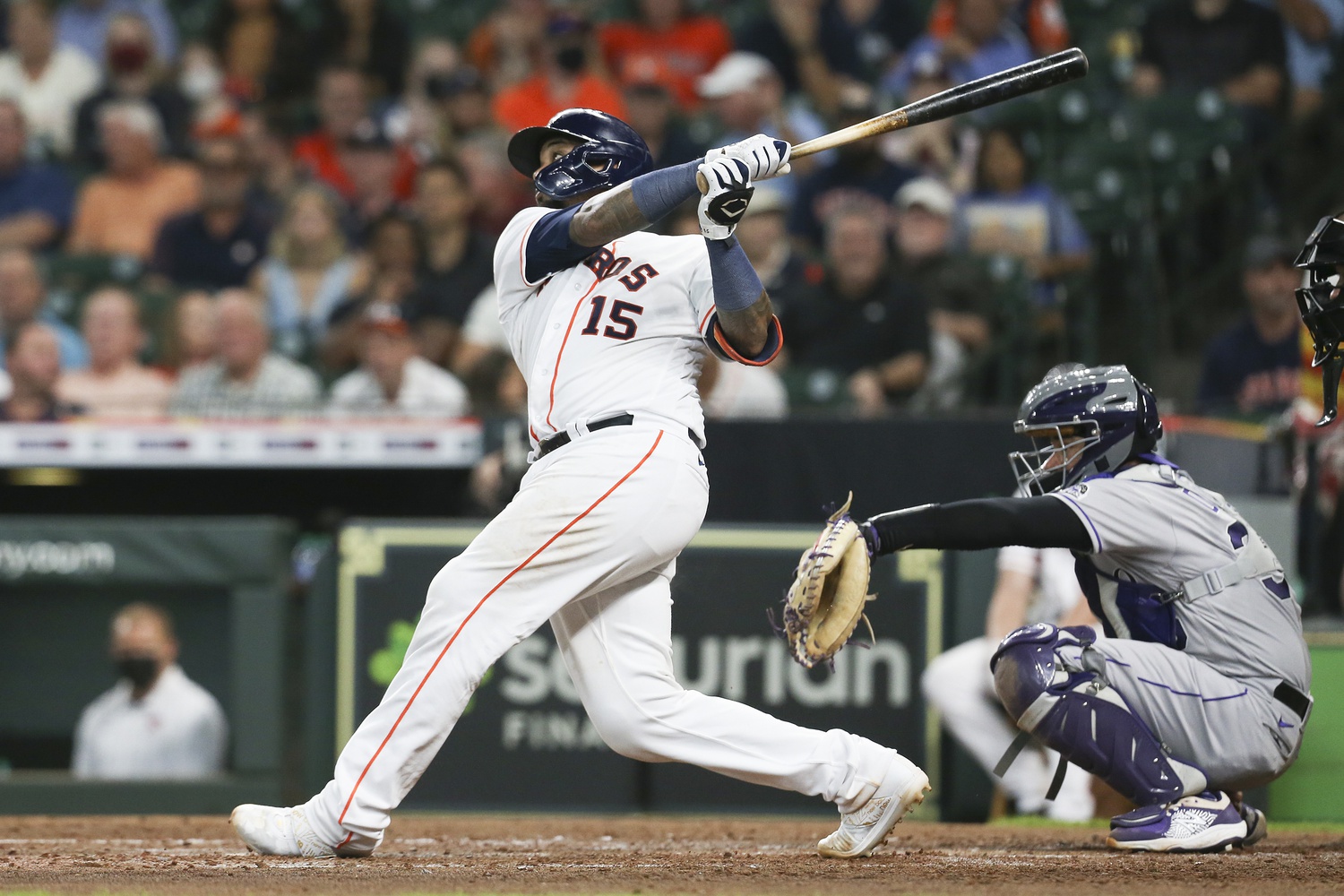 Carlos Hernandez and the Kansas City Royals (49-66, 5th in AL Central) host the Houston Astros (70-46, 1st in AL West) at Kauffman Stadium on Monday. The odds on this contest have the Astros coming in at -185 and the Royals are at +140. The total has been set at 9.5. The pitchers taking the mound will be Jake Odorizzi and Carlos Hernandez.

Houston is slugging .439 and have been called out on strikes 886 times, while taking a walk on 411 occasions. They have tallied 601 RBI's and 1,058 hits this season, while their team batting average comes in at .266. The Astros have accrued 216 doubles as a unit and have knocked 153 balls out of the stadium. They have accumulated 626 runs scored while holding a team OBP of .339. As a unit, the Houston Astros are putting up 5.4 runs per contest, which ranks them 1st in the league.

The Astros have an ERA of 3.62 on the campaign (5th in MLB), and the staff has rung up 1,063 hitters. They have a strikeout to walk ratio of 2.73 and the pitching staff sits with a WHIP of 1.21. Astros pitchers have conceded 137 home runs in addition to 459 runs in total (7th in the league). Their pitching staff has walked 390 opposing batters and their FIP is 4.12 as a unit so far this season.

Astros bullpen pitchers have stepped onto the hill with players on base 97 times as well as having 105 appearances in high leverage situations. The relievers have notched 52 holds so far this season (20th in the league). The Astros relief pitchers have earned a save percentage of 61.0% and has stepped onto the mound in 94 save situations. They have accumulated 25 saves so far this season and have blown 16 of 41 save opportunities. The relievers have inherited 149 runners so far this season with 36.2% of them earned a run for their team. The Astros have sent 355 relievers to the mound on the campaign.

The Houston Astros have a tally of 3,102 putouts thus far, in addition to 981 assists and 48 errors. Their fielding percentage is at .988 which puts them in 1st in the majors, and have a total of 850 double plays. The Astros have transformed 71.9% of balls in play into outs out of 9,306 innings on the field, which has them ranked 2nd in MLB.

The Royals have a SLG% of .386 and they average 4.10 runs per contest (25th in the league). They have hit 162 doubles, while getting a free base 303 times as well as recording 471 runs. Kansas City has compiled 115 home runs this season as well as 445 RBIs. They have been called out on strikes on 926 occasions (28th in the league) and are sitting with 919 hits. The Kansas City Royals have accumulated an OBP of .301 in addition to a batting average of .241 over the course of the season.

Kansas City bullpen pitchers have an inherited score percentage of 29.7% out of their 172 inherited runners. Their relief pitchers have come in 98 times in high leverage situations and on 107 occasions with runners on base. Sitting with 99 save situations, the Royals have accrued 57 holds in addition to 17 blown saves. They are ranked 17th in baseball with a save rate of 59.5%, and they have sent 393 relievers to the hill so far this season. Kansas City has called on relief pitchers to take the mound in 42 save opportunities and they have walked away with 25 saves.

The Kansas City Royals have turned 113 double plays and have a fielding percentage of .984 (17th in the majors). The Royals have accrued 997 assists, 64 errors and have a tally of 2,994 putouts on the season. Out of their 8,982 innings on the field, the Royals have accumulated a defensive efficiency of 67.9% (27th in pro baseball).