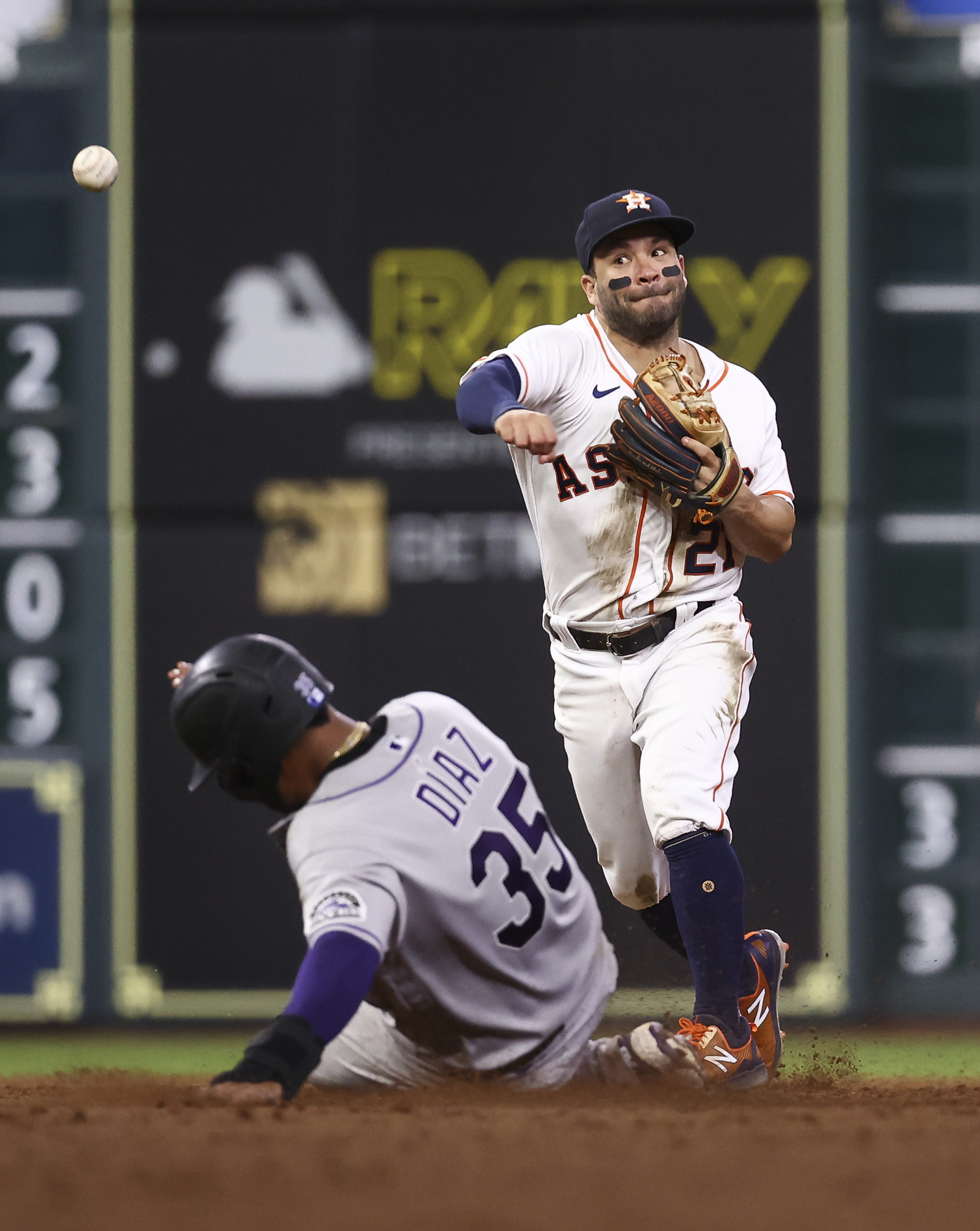 Angel Stadium is the site where Patrick Sandoval and the Los Angeles Angels (57-58, 4th in AL West) will take on the Houston Astros (68-46, 1st in AL West) on Friday. The Angels open this matchup at +115 while the Astros are priced at -147. The O/U has been set at 8.5. The starting pitchers will be Zack Greinke and Patrick Sandoval.

Houston owns a slugging percentage of .439 and have been called out on strikes 870 times, while taking a walk on 405 occasions. They have tallied 589 RBI's as well as 1,040 hits so far this season, and their batting average sits at .266. The Astros have hit 213 doubles as a team and have knocked 150 balls out of the stadium. They have earned 614 runs scored while holding a team on-base percentage of .339. As a squad, the Houston Astros are notching 5.4 runs per game, which has them sitting at 1st in MLB.

The Astros have turned 71.8% of baseballs in play into outs out of 9,144 innings, which has them ranked 2nd in pro baseball. The Houston Astros have notched a total of 3,048 putouts on the campaign, in addition to 967 assists and 48 errors. Their fielding percentage is holding at .988 which has them sitting 1st in baseball, and have accumulated 834 double plays.

Los Angeles has accounted for 144 home runs for the year to go along with 498 RBIs. They have recorded 206 two-baggers, while walking 311 times and scoring 526 runs. The Los Angeles Angels have accumulated a team on-base percentage of .313 in addition to a batting average of .251 so far this season. The Angels have a team SLG% of .422 and they are recording 4.57 runs per outing (11th in the league). They have struck out on 989 occasions (18th in MLB) and have a total of 975 base hits.

Los Angeles bullpen pitchers hold an inherited score percentage of 39.4% of 241 inherited runners. Their bullpen pitchers have come in 123 times in high leverage situations in addition to 162 occasions with runners on. With 102 save situations, the Angels have compiled 53 holds in addition to 18 blown saves. They are ranked 14th in the league with a save percentage of 61.7%, and they have sent 386 relievers to the mound over the course of the season. Los Angeles has had bullpen pitchers step onto the mound in 47 save opportunities and they have tallied 29 saves.

The Los Angeles Angels have twisted 87 double plays and have a fielding percentage of .983 (23rd in the majors). The Angels have accrued 992 assists, 71 errors and have a total of 3,023 putouts during this campaign. Out of their 9,069 innings on the field, the Angels are sitting with a defensive efficiency of 68.2% (26th in baseball).